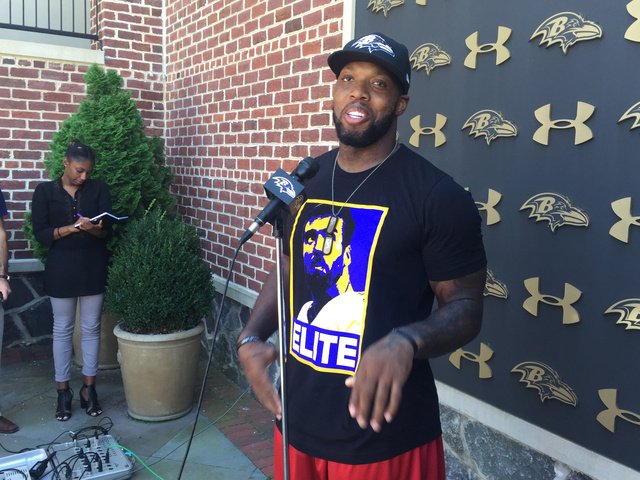 Is Joe Flacco an elite quarterback? Some vehemently deny the status, while others believe January Joe is in the same group as Tom Brady, Cam Newton, and Ben Roethlisberger. What do Flacco’s teammates think? Judging by their T-shirts, they’re going with the latter.

According to ESPN, Ravens long snapper Morgan Cox bought 15 shirts with Flacco’s picture stylized and the word ELITE written across the bottom. Baltimore was planning on wearing the shirt before Sunday’s season opener, but tight end Dennis Pitta spoiled the surprise by wearing it when getting picked up by Flacco.

“Man, why do you have my face on your shirt?” Flacco asked Pitta.

“I think Dennis just wanted to be the guy to get all the glory for it for me seeing it,” Flacco said Wednesday.

The origins of the Flacco elite debate are a bit foggy, but blogger PFT Commenter has long asked the important question which has since inspired others. Flacco’s on the line of elite NFL quarterback production. In his favor, he’s a Super Bowl winner and MVP who’s put up decent enough career numbers. The case against the 31-year-old is he’s never thrown 30 touchdowns in a single season and has experienced some mediocre stat lines in recent years.

Is he elite? I don’t have the answer. Flacco is Shroedinger’s quarterback – he’s both elite and not elite.

The true answer of Flacco’s eliteness remains up for debate. He does have the Super Bowl ring but so does Trent Dilfer – winning a Super Bowl doesn’t instantly qualify you among elite quarterbacks. Despite teammates public support, the debate rages on.