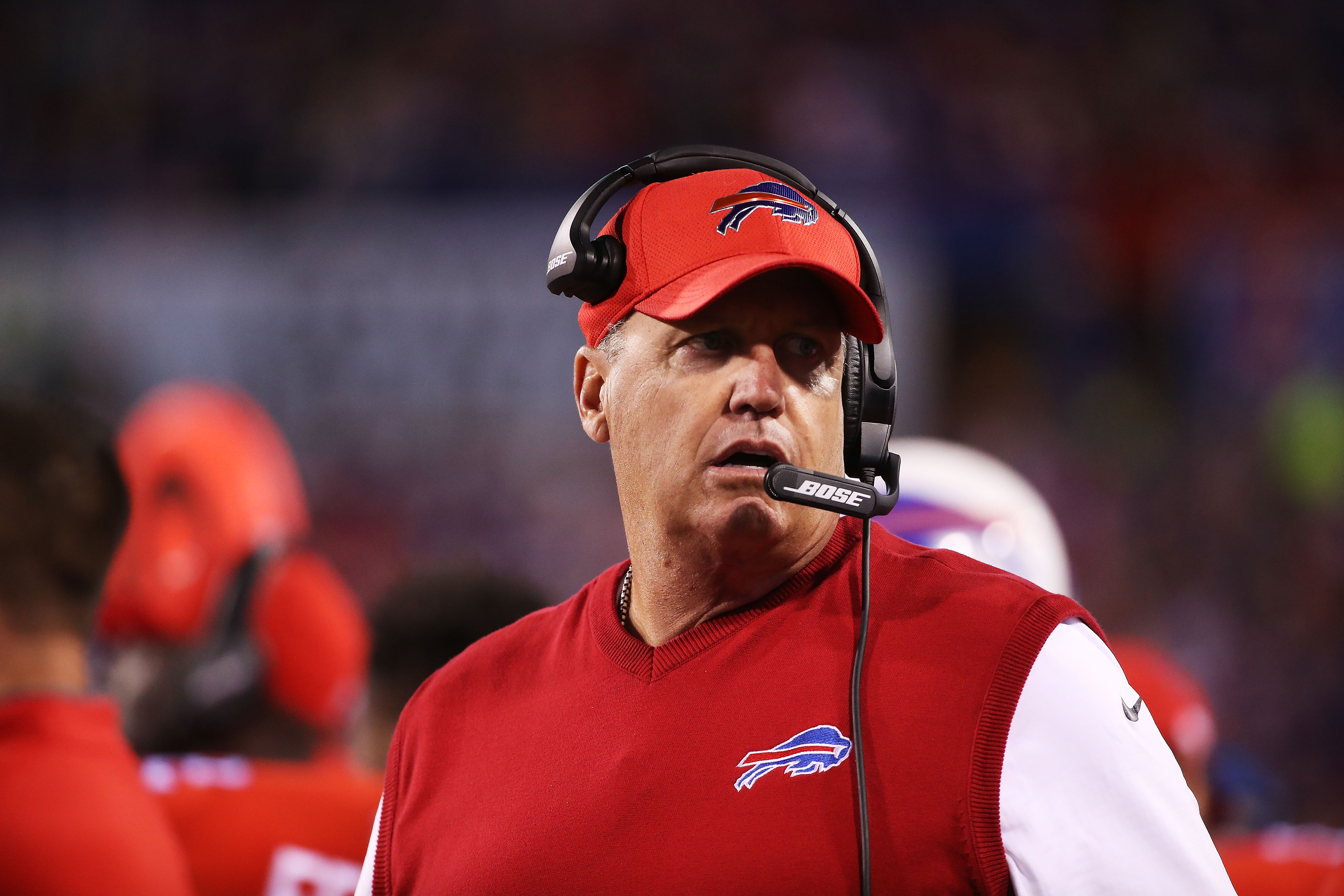 Things are not well in Buffalo. The Bills are 0-2 after losing to division rivals the Patriots and Jets in back to back weeks, and they fired their offensive coordinator, Greg Roman, on Friday following the team’s Thursday night loss to New York.

Head Coach Rex Ryan claimed full responsibility for the decision, and said he met with Bills owners Terry and Kim Pegula before making the call and added that they supported the move.

“This is my move, without question,” Ryan said.

“I think we need a change,” Ryan said Friday. “I think we have a lot of talent on offense. I believe that. I believe we’re going to do what we can to put the ball in our playmakers’ hands. I think Anthony [Lynn] will do that.”

However, according to NFL Media’s Ian Rapoport, the Pegula’s may have liked the choice to part ways with Roman, but it certainly was not Ryan who made that call. The owners apparently held private meetings with the team’s best offensive players Friday morning to discuss the offense and figure out the problem spots therein. It was from these discussions that they determined Roman should be sent packing.

Ryan was not in attendance at these meetings and was not pleased when he learned what had happened, according to Rapoport.

The decision to fire Roman was certainly a puzzling one to many when the news first broke on Friday. Roman’s offense led the league in rushing last season, and put up 31 points on a stout Jets’ defense on Thursday. For many, the blame for the loss was better placed on the defensive side of the ball and defensive coordinator, Rob Ryan, Rex’s brother.

Greg Roman ran the exact offense Rex Ryan wanted: heavy on the run. & if offense is issue why give Tyrod Taylor extension 2 weeks ago??

However, if the players were fed up with Roman in the locker room, then that could explain the discrepancy in the firing beyond Ryan not wanting to axe his own brother.

Still, it shows that the Bills are even more dysfunctional than they first appeared, and that is really saying something. Ryan does not appear destined to stay in Buffalo much longer, barring an improbable turnaround over these next few weeks.