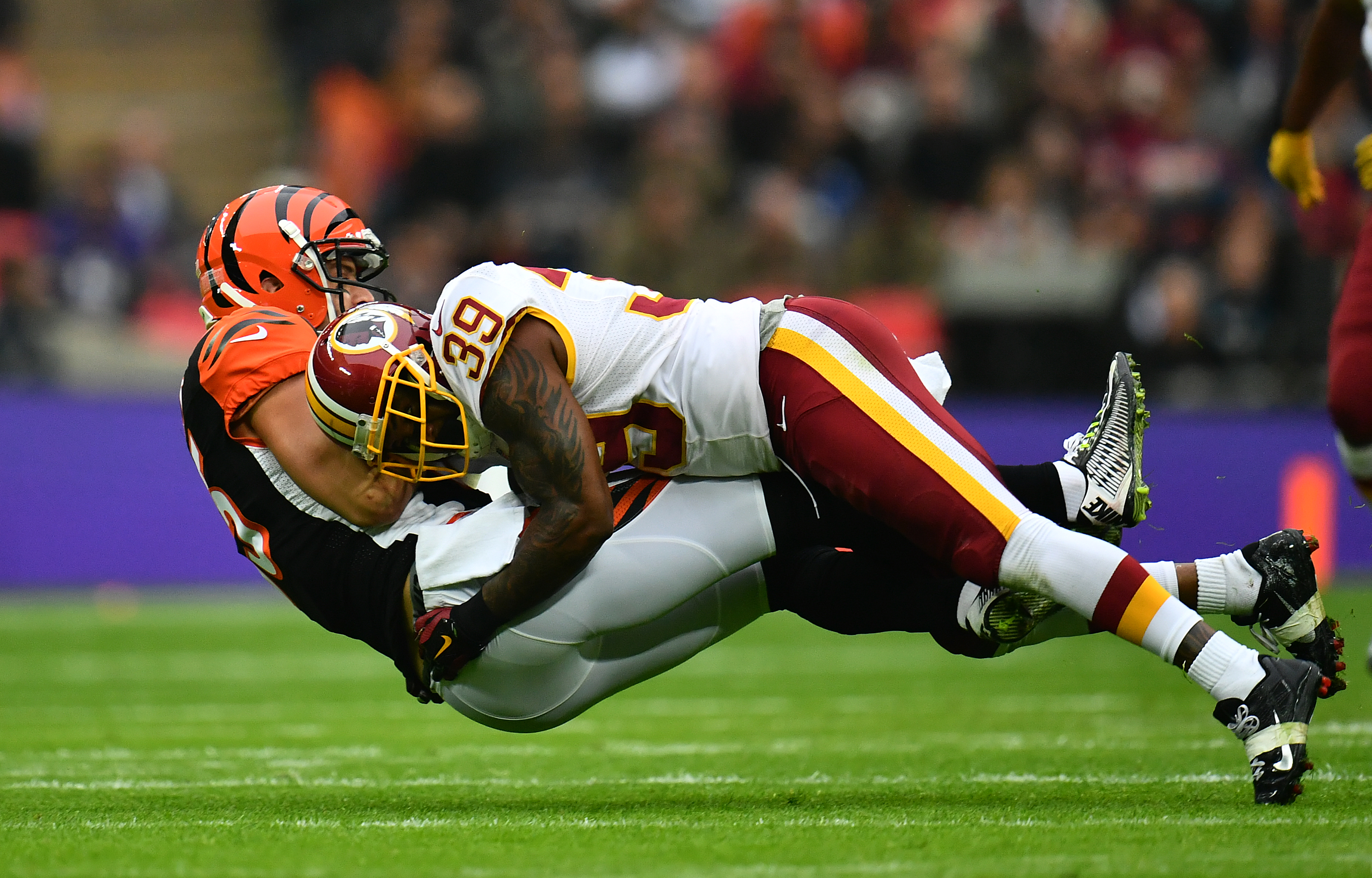 The Bengals have only played ten games, but Cincinnati is in full-out panic mode.

Cincinnati has made the playoffs each of the last five seasons (the entirety of quarterback Andy Dalton’s professional career.) But they’re now 3-6-1. They are on the verge of playoff elimination, and Sunday’s road contest against the AFC North-leading Baltimore Ravens has become a must-win affair. And all of this is taking place amidst significant organizational turmoil.

We knew it was going to be a different sort of season for the Bengals, given how the offseason played out. The team moved on from right tackle Andre Smith, allowed receivers Mohamed Sanu and Marvin Jones to pursue lucrative deals with new teams as free agents, and lost longtime offensive coordinator Hue Jackson to the Cleveland Browns. Change isn’t always bad, of course, but in this case it may well have been.

The struggles began early. Though the Bengals picked up a one-point win over the New York Jets in Week 1. Two losses followed. Indeed, none of the Bengals’ three wins have come in back-to-back weeks; the closest they came was a Week 8 tie against Washington. Following their Week 9 bye, the Bengals have dropped two straight, losing by one point to the New York Giants and then by four to the Buffalo Bills. The latter contest featured kicker Mike Nugent missing two crucial extra points.

Not only do they have to travel to face the 5-5 Ravens (who are undefeated against divisional opponents), facing a defense that ranks fifth in points and second in yards allowed (and is best in the league in preventing first downs and stopping the run), the Bengals must do so while they are shorthanded on offense. Cincinnati won’t have running back Giovani Bernard (337 rushing yards, 336 receiving) in this game or any other, as he’s out for the year with a torn ACL. Wideout A.J. Green, second in the league in receiving yards (964), is out for an indefinite period of time after injuring his hamstring. And Cincinnati’s No. 2 receiver, Brandon LaFell, missed practice during the week with a knee injury; his potential absence Sunday will make things even more difficult for Dalton.

And it’s not like Dalton’s season was going particularly well before the spate of injuries that struck in Week 11. After four of the last five seasons quarterbacking an offense that ranked in the top 15 in scoring, the Bengals are now 25th in that category. Thanks in part to Cedric Ogbuehi taking over at right tackle, Dalton has been sacked 29 times, and has a sack percentage of 7.5 (it was 4.9 last year). Dalton has thrown 11 touchdowns to six interceptions (and has three rushing scores), but had only seven interceptions in the regular season a year prior.

A (mostly) new crew at wideout, a different right tackle and a change at coordinator has not been kind to Dalton and the offense. Red-zone production is down, with the team scoring a touchdown on 56.67 percent of appearances, compared to 65 percent in 2015. As a result, points per game are down by six. And this is even with a healthy Tyler Eifert in the fold.

The defense, as well, has not been up to par compared to the Bengals we’ve become accustomed to seeing. This defense had been top-five in points allowed four times in the previous five seasons; this year, it ranks 17th. Cincinnati has totaled just 19 sacks, while a year ago it boasted 42. While a top-five crew in interceptions, it ranks 28th in rushing yards allowed. In 2015, the Bengals allowed only 17.5 points per game, second-best in the league. This year? It’s 22.6, with opponents scoring touchdowns on 61.29 percent of their red zone appearances, compared to a stingy 45.24 percent in 2015. The diminished defensive production is poorly timed given the depleted offense.

Even special teams—in the form of accurate kicking by Nugent—hasn’t provided its typical help. His two missed extra points in Week 11 brought his season-long total to three, and he’s made 16 of his 21 field goal attempts. Only six kickers have a lower make percentage in that category (including Blair Walsh, who’s already been relieved of his duties by the Minnesota Vikings).

Indeed, little has been going the Bengals’ way, and the season is now at stake. It’s one thing to practice patience with a Cincinnati team that has made the playoffs the previous five years—never mind the fact they went one-and-done each time. But it is another altogether to sit back while the Bengals regress as a whole, failing to capitalize on an AFC North that is not the juggernaut of prior years.

Sunday is their last chance for redemption.