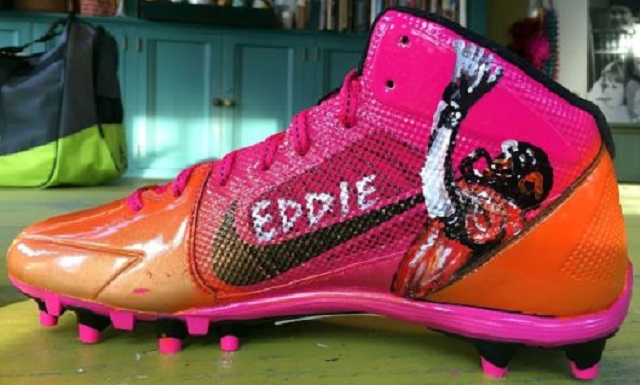 In what amounts to the NFL’s extremely grudging concession to fun and personal expression, the league is permitting players across the NFL to wear customized cleats for Week 13, though only if they are drawing attention to a cause or societal issue.

Those things are good, of course. It’s a positive that Jason Witten wants to raise awareness for domestic violence, and that Von Miller is backing an organization that provides vision care, and that Emmanuel Sanders wants more empathy for the homeless, and that Mike Evans has another outlet for railing against racism.

We as Americans must help those less fortunate. There are homeless families (CHILDREN) in America that need clothes, shoes , food and shelter in order to survive. Red,White and Blue.. United! #mycausemycleats @adidasfballus

Just because the fun is frivolous doesn’t mean it’s invalid.

However, the NFL should open up the week to allow players to wear any damn customized cleat they want. Rest assured, the league is going to do exactly not that, and even if they opened up the week for cleats that weren’t associated with a specific cause or charity, they would still likely be subject to intense scrutiny by league officials to make sure they didn’t contain any naughty or rude messages.

But you know what? Just because something will never happen doesn’t mean we shouldn’t imagine that it might. So I came up with a few ideas for some customized player cleats that make you smile or laugh for a second, however anathema that concept might be to the NFL.

If you think these are crude designs, well, it’s probably because they are. If I could actually make cool shoes, I’d probably be doing that instead. 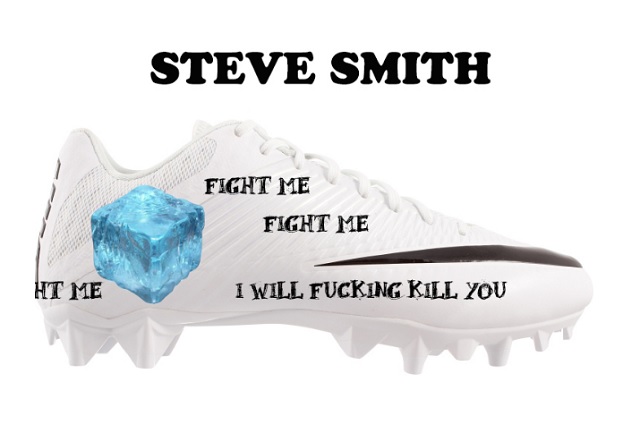 Steve Smith: Obviously there should be a reference to his “Ice Up, Son” line from a few years back. The rest should be clear to anyone with even passing familiarity with the scrappin’-est player around. 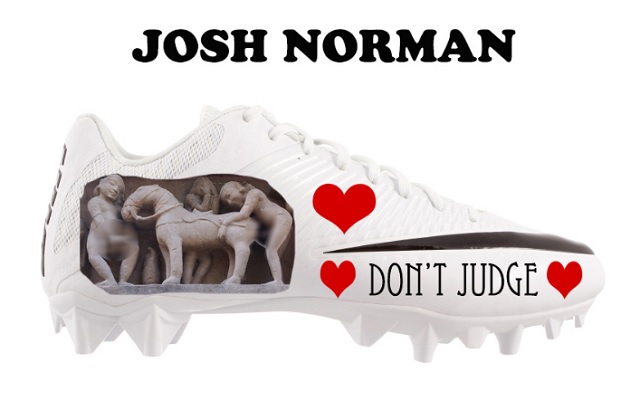 Josh Norman: The Washington corner used the word “beastality” to describe his play this year. Don’t worry, I’ve blurred the most traumatizing parts. 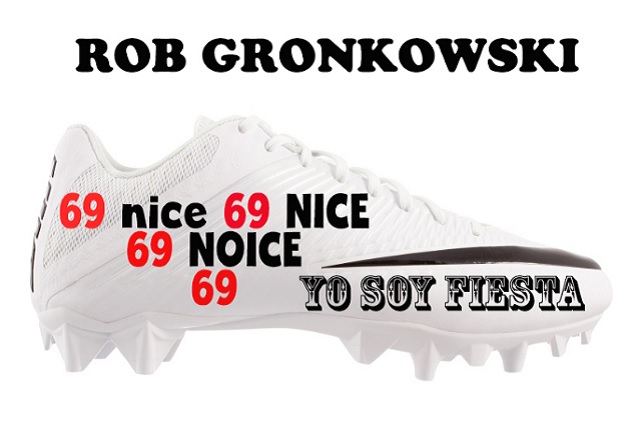 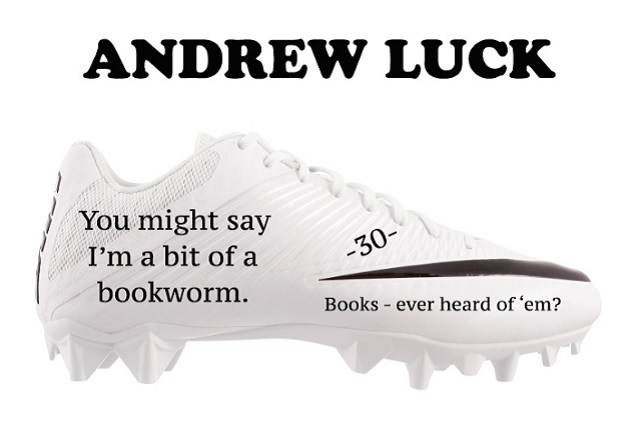 Andrew Luck: He’s a reader, so much that it’s part of his personal brand. He even has his own book club. His speciality cleats probably have a compartment for the special flip phone he insists on having. 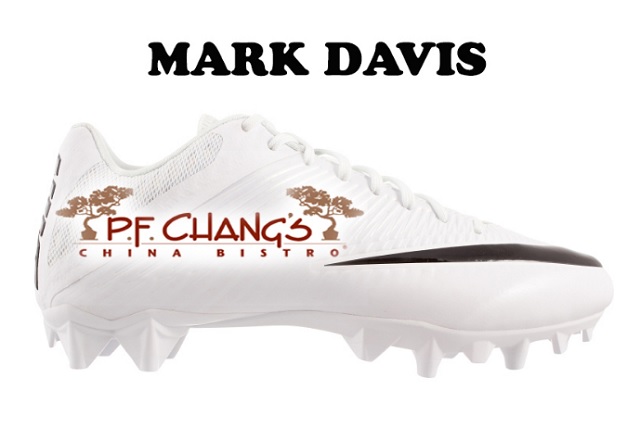 Mark Davis: Sure, Mark isn’t a player, but sometimes owners like to pretend like they’re hip young people instead of out-of-touch bloodthirsty billionaires. It’s like how Bob Kraft wears Air Force Ones. So let’s give Mark some cleats of his own, emblazoned with his favorite chain restaurant.