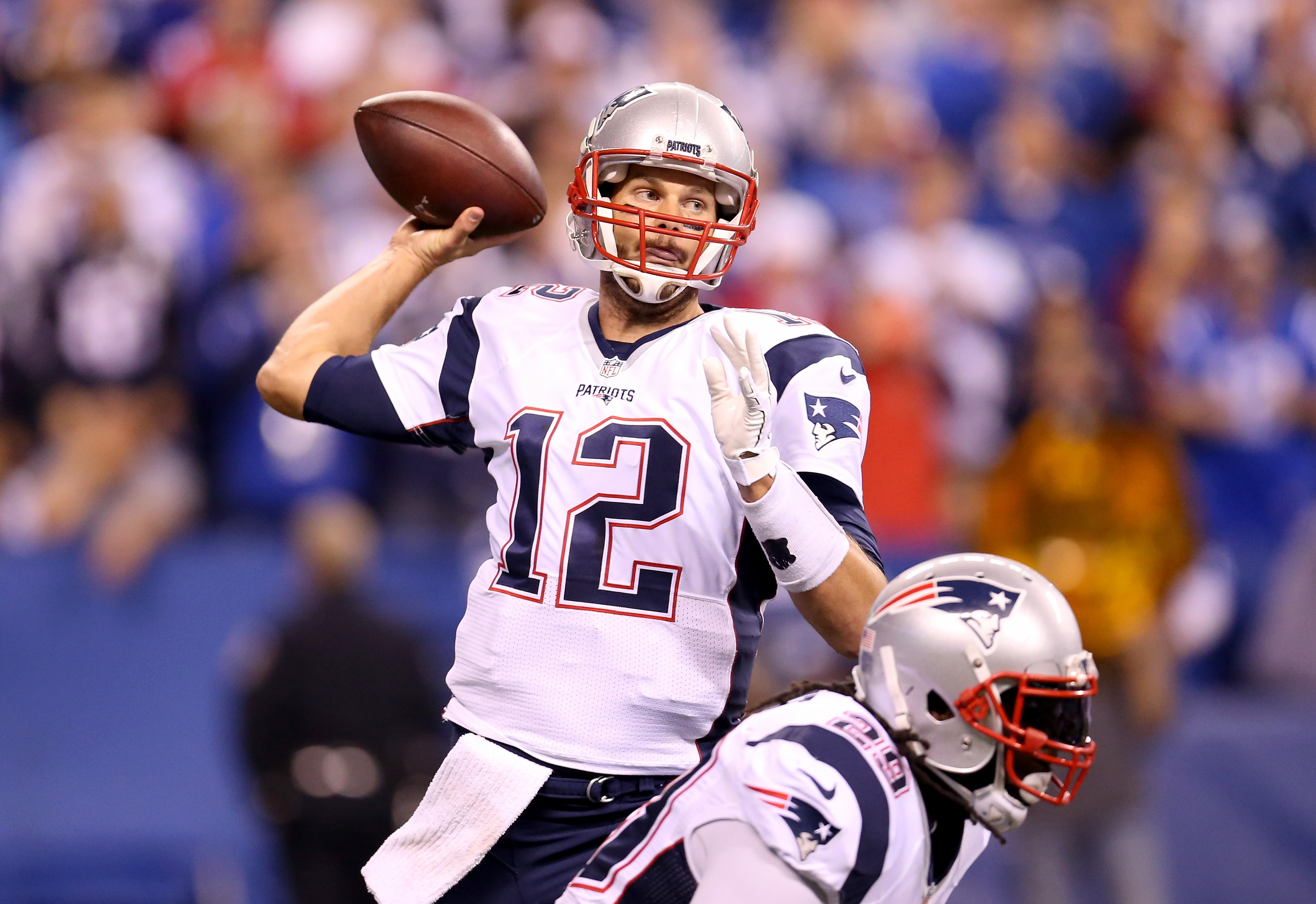 C.J. Anderson popped outside, drove one of his shoes into the sodden, snow-covered Mile High grass, got a couple of blocks, stuck a finger in the air and raced for a Sunday Night Football-winning overtime touchdown again the New England Patriots—and the narrative around which the 2015 NFL season had been built collapsed.

The football-watching world woke up to stunning news: Tom Brady is not perfect. Bill Belichick is not magic. Josh McDaniels can’t rip every run play out of the game plan without consequence. The Patriots cannot simply be mad about Deflategate through injuries that ravaged their offensive line, took their two best defensive players off the field, and by turns robbed Brady of his only effective running back, and his six of his seven best pass catchers.

The depth and power of this idea—that the Patriots had not lost, and so they could not lose—was so consuming that they opened the week as five-and-a-half-point favorites, per Oddsshark.com. Betting moved to -2.5 by kickoff, but still: The Patriots took Sports Authority Field on Sunday Night Football as clear favorites over the 8-2 Broncos and their best-in-the business defense, despite starting Brandon LaFell and Keshawn Martin at wide receiver.

Of course, we looked at the other sideline with narrative-filter glasses on, too. Brock Osweiler would be getting his second start, and Brock Oswelier is not Peyton Manning. When we take off the glasses, though, we see what Manning, for all his Hall of Fame lockishness, has been this season: the worst starting quarterback in football.

Manning has completed fewer than 60 percent of his passes, thrown nearly twice as many interceptions (17) as touchdowns (9), and his NFL passer-efficiency rating is a league-worst 67.6 in a season, when five passers are over 100.0 and 12 have cracked 90.0. His play has been flat-out-awful, and yet the Broncos were 7-2 with him under center.

That’s how good the Broncos defense is. That’s how many other weapons the Broncos offense has. That’s why, with reports that the players, coaches and top brass felt confident in Osweiler to be at least as good as the worst quarterback in football, Brady conjuring a win would have been an amazing feat.

He almost pulled it off.

Osweiler and the Broncos went three-and-out on their first possession, and Brady and the Pats answered with a four-play scoring drive, finding All-Universe tight end Rob Gronkowski for a touchdown in just 2:03.

After the teams traded three-and-outs, Osweiler finally mounted his first long drive of the game, going 67 yards in 11 plays and 5:05. The youngster, though, got sacked out of field goal range on a crucial third down, leaving the Broncos scoreless.

On the Broncos next possession, Osweiler threw a pick—and three plays later, Brady found tight end Scott Chandler for a touchdown. It seemed the Narrative was in full effect:

So many of my buddies took Denver tonight. My reply: Shocking that a guy named Tom Brady is outplaying someone named Brock Osweiler.

Halfway through the second quarter, the Broncos turned to the run game. Anderson and Ronnie Hillman ran seven times for 44 yards and a touchdown on a 10-play drive that wound 5:41 off the clock—not leaving the Patriots enough time to score.

In the second half, the pendulum continued to swing, even as Broncos receivers dropped better and better passes from Osweiler and kicker Brandon McManus wasted a solid 69-yard drive with a missed field goal. Osweiler and the Broncos were moving the ball; Brady and the Patriots were not. Worse, Brady was taking a pounding; per Nicki Jhabvala of The Denver Post, the Broncos hit him 13 times, on top of three sacks.

So, last night was fun …

When Brandon Bolden roasted Broncos linebacker Danny Trevathan for a 63-yard touchdown, putting the Broncos down 21-7 on the first play of the fourth quarter, it seemed like a narrative door-slam. But a muffed punt return, a Broncos recovery and an Anderson touchdown later, that door had been kicked down.

When Gronkowski lay writhing on the snowed-over turf and the Patriots’ insurmountable lead whittled to just four points, you could see it written on Brady’s face: Uh-oh. That’s one hit too many, one loss too great for even Brady to shrug off.

It’s to the Patriots’ immense credit that they made Osweiler and the Broncos use two possessions to get the go-ahead score. It’s to Brady’s immense credit he was able to move the ball 51 yards in 65 seconds against the stingiest yards-per-play defense in the NFL, and set up a field goal that forced overtime.

In the cold light of morning, the Patriots are “hopeful” about Gronkowski’s scheduled Monday MRI, per Jeff Howe of the Boston Herald. Dont’a Hightower has a sprained MCL. Wideout Danny Amendola and linebacker Jamie Collins could be back as soon as this week. The offensive line is already on the mend, and right tackle Sebastian Vollmer’s side-switch with left tackle Marcus Cannon worked relatively well against one of the league’s best pass rushes.

Though the Pats didn’t pass their toughest test, they are past it: Only the Week 16 road game against the Jets looks even mildly daunting out of the remaining five games (PHI, @HOU, TEN, @NYJ, MIA). Even if they drop the Jets game, they’ll still be no worse than the AFC’s No. 2 seed (as the only other two-loss teams, Cincinnati and Denver, will play each other).

All the Patriots will have to do is win one home playoff game, and they may be able to take Collins, Amendola, Hightower, Gronkowski and even Edelman into the AFC Championship Game. No matter where they play, or which team they face in that contest, the Patriots will be favored to win.

But if they do return to the Super Bowl, it won’t be because of Deflategate, revenge for 2007, or any other manufactured dramatic narrative. It’ll be because Brady and the Patriots play better than the teams they face on the field.