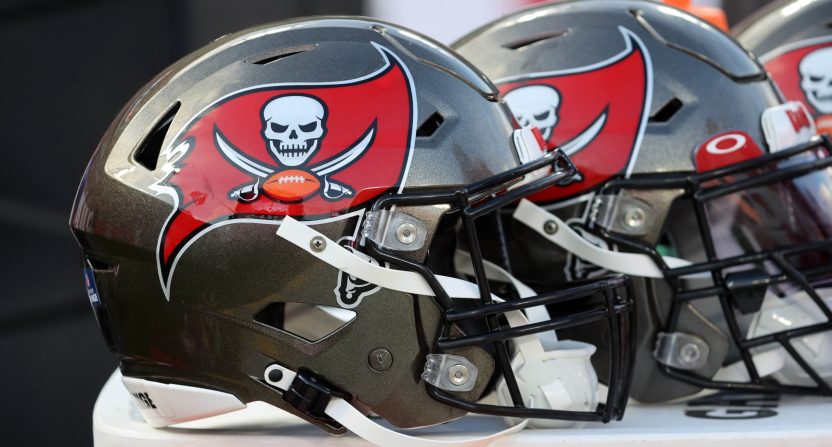 The Tampa Bay Buccaneers were nowhere close to full strength during Wednesday’s practice as the team was missing both star quarterback Tom Brady and head coach Todd Bowles, the team announced on Wednesday afternoon.

According to Nick Shook of NFL.com, Bowles was away from the team due to “personal reasons” while Brady was held out of practice as he continues to recover from right shoulder and right finger injuries.

Despite being held out from practice on Wednesday, NFL insider Ian Rapoport said on Tuesday that Brady “is going to be okay,” and that the injuries should not drastically affect his play.

“My understanding is Tom Brady is going to be okay,” Rapoport said. “He has played with, I would say, similar injuries in the past. Little bit of a rotator cuff deal, not believed to be major, not believed to be something that will limit him going forward. Just really something that Tom Brady’s going to keep an eye on… Tom Brady is going to be okay and I would say it’s nothing that will limit any of his accuracy or strength on his throws or really anything long-term. So nothing bad, and a little bit of good news there for Tom Brady.”

Injury issues aside, it’s been a tough week for Brady as news broke that he and his wife Gisele Bündchen had hired divorce lawyers and Gisele stopped wearing her wedding ring.

As for Bowles, the Tampa Bay head coach is expected to re-join the team on Thursday.

“He’s fine. Just had to take care of a personal issue, but he’s fine,” assistant head coach Harold Goodwin said of Bowles’ absence on Wednesday, according to the Tampa Bay Times.

While neither issue appears to be long-term, it’s certainly concerning news for the Buccaneers.