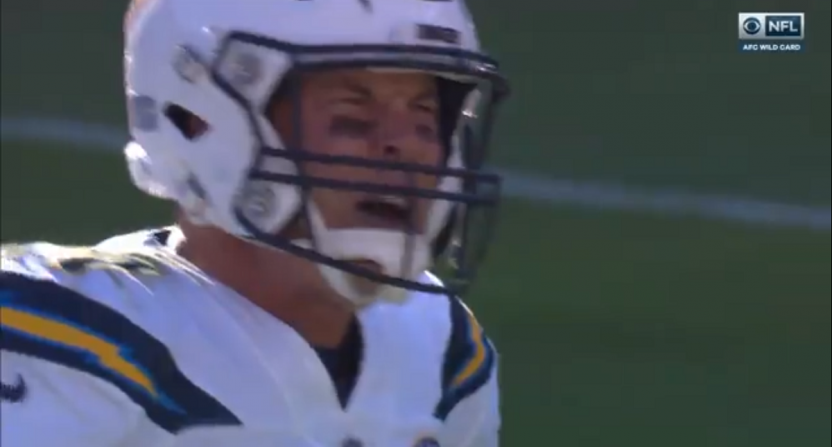 Philip Rivers is a demonstrative player on the field even when things are going well, so when a blitz pickup went awry in today’s wild card game in Baltimore, an outburst was to be expected. Tony Romo’s description of the moment, though, was clearly not what Jim Nantz was expecting.

Here’s the play as it happened, with a missed assignment resulting in Patrick Onwuasor essentially coming free up the middle:

And here’s the aftermath, with a furious Rivers doing furious Rivers things, leading to Tony Romo using a word Jim Nantz probably hasn’t heard on the air before:

Rivers was indeed pissed! Romo wasn’t wrong! But he also realized what he said right away, as you can hear him stifling a laugh or two as he continued. Nantz, meanwhile, must have hit the cough button, either because he was also laughing or because he was shocked and appalled. Both are fun to imagine.

Obviously it’s not that big of a deal, although some people felt differently.

Romo’s relative inexperience in the booth is what makes him more entertaining. Not only is he familiar with the modern NFL game, but he’s also less predictable, which manifests in fun ways.