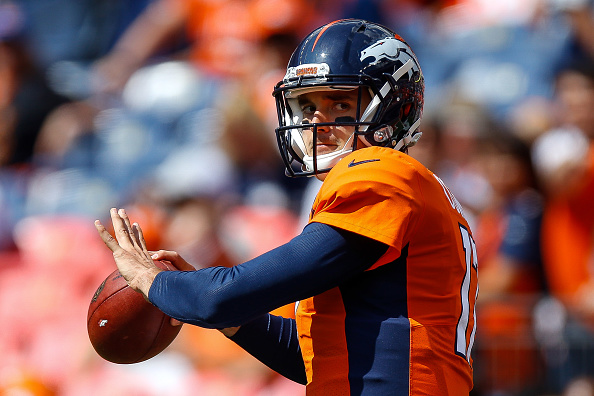 Week 9 of the 2017 NFL regular season is here, and you might be entering the weekend with your own preferences regarding which games to focus on, and which to place on the backburner.

Most of you have your favorite teams and fantasy players to track. But in case you’re completely neutral or need help breaking ties with regard to what to watch, we’ve ranked all 13 games from most appealing to least enticing.

1. Chiefs at Cowboys (Sunday, 4 p.m. ET, CBS): Kansas City has been the most entertaining team in the league, and it’ll be interesting to see how Dallas looks if indeed Ezekiel Elliott isn’t available. Don’t be surprised if they put up a fight at home.

2. Broncos at Eagles (Sunday, 1 p.m. ET, CBS): Philly has become appointment viewing. Meanwhile, Denver is trying to save its season with Brock Osweiler back at the helm. This is pretty golden for a cross-conference Sunday afternoon tilt, and certainly a classic case of “immovable object vs. unstoppable force.”

3. Falcons at Panthers (Sunday, 1 p.m. ET, FOX): Two playoff contenders jockeying for position in the NFC South, and a matchup between Matt Ryan and Cam Newton (the last two MVPs) is never something to turn away from.

4. Bills at Jets (Thursday night, NFL Network): This has become a staple Thursday night snooze, but it’s a little different this year. The Jets have been putting up more of a fight than anyone expected and the Bills have a chance to start 6-2 for the first time since their last Super Bowl appearance in 1993. This actually kind of intriguing. Don’t screw it up, guys…

5. Redskins at Seahawks (Sunday, 4 p.m. ET, FOX): Two teams that love fireworks in a big matchup with potential playoff implications. Plus, Duane Brown will make his Seahawks debut at left tackle. I just worry this could become one-sided with all of those injuries in the Washington locker room.

6. Buccaneers at Saints (Sunday, 1 p.m. ET, FOX): This has lost quite a lot of luster with Tampa Bay struggling, but the fact they’re desperately trying to save their season could make a matchup with the streaking Saints interesting. If it’s close in the second half it’s a must-watch.

7. Lions at Packers (Monday night, ESPN): Take away Aaron Rodgers and this is probably going to be a tightly contested matchup. Green Bay is still at home and is coming off its bye. Plus, it should be fun to check out Brett Hundley in prime time.

8. Ravens at Titans (Sunday, 1 p.m. ET, CBS): Neither team has been quite right, but this could have wild-card implications down the stretch and it should at least be close.

9. Raiders at Dolphins (Sunday night, NBC): I’m not sure either team is going anywhere this year, but both should at least be desperate.

10. Colts at Texans (Sunday, 1 p.m. ET, CBS): Deshaun Watson keeps this one afloat, but don’t be surprised if Houston blows them out at home.

11. Bengals at Jaguars (Sunday, 1 p.m. ET, CBS): That Jaguars defense is a spectacle, but I wouldn’t give it too much of my time against a team like Cincinnati in a crowded timeslot.

12. Rams at Giants (Sunday, 1 p.m. ET, FOX): That Rams offense is a spectacle, but I wouldn’t give it too much of my time against a team like the Giants in a crowded timeslot.