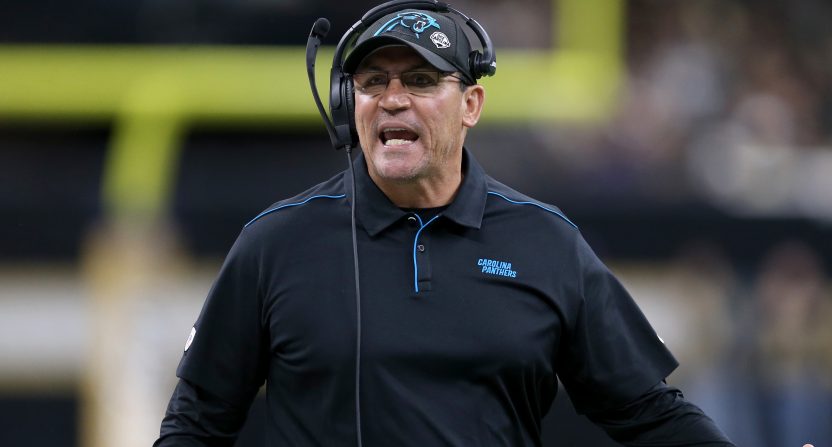 If you’re under .500 right now, you’re probably toast. And that’s especially the case in the loaded NFC, where the three teams that are 5-6 remain three whole games out of a wild-card spot.

With that in mind entering December, here’s a look at what the NFC’s nine losing teams have to do in order to be competitive in 2020.

With a competent quarterback, the Bears would be two or three games better than they are right now. Mitchell Trubisky and his league-low 5.8 yards-per-attempt average are not the answer. Instead, Chicago should bring in Cam Newton or Teddy Bridgewater, both of whom are significantly more capable than the bust they have under center right now.

I don’t remember the last time I saw a receiving group let a team down as much as Philly’s has. Pending free agents A.J. Green, Robby Anderson and even Amari Cooper should be targeted, and it’s time to use a first-round pick on that position for the first time since they screwed up and selected Nelson Agholor in 2015.

This’ll likely be Carolina’s third losing season in a four-year span, and they haven’t won a playoff game since losing the 2015 Super Bowl. That’s not acceptable when you’ve got that much talent. It’s hard to find glaring weak spots on this roster. It might be time for a new quarterback, but injuries are a factor for Newton. The Panthers might be better off with a new face leading the coaching staff.

Dude is just too much of a liability. He has a ridiculous 24 turnovers, which ties a career high with five games still remaining. He has his moments, but has been consistently unreliable throughout his five-year career. The Bucs are pretty talented elsewhere on offense and have plenty of talent on defense. They just need a Newton or a Bridgewater, or even a Philip Rivers or a Gardner Minshew II.

It just isn’t happening for Patricia, whose team has led in all but three games this season but has managed to win just three altogether. It looks and sounds as though he’s lost the locker room, and the Lions are far too talented to be four games below .500 right now. They need Matthew Stafford and Kerryon Johnson to get healthy, and then they need a better coach to lead them.

All three levels, and possibly even the coaching staff. Vance Joseph has failed miserably in his debut season as Arizona’s defensive coordinator, but they have the talent to succeed with a better leader and some slight upgrades in support of Chandler Jones and Patrick Peterson. Everything else is in place, assuming Kyler Murray continues on his upward trajectory towards stardom.

Atlanta is still dealing with post-traumatic stress disorder as a result of what happened to it in Super Bowl LI. An organization can’t get over an experience like that without making major changes at the top, which is why Quinn must go. They have the talent on offense and could use some more of it on defense, but the first order of business should be to fire Quinn.

Man, there are some bad, stale coaches in this league. The Giants have to give Daniel Jones more weapons and have to upgrade the secondary and the pass rush, but before that, they have to admit to themselves that Shurmur isn’t the answer. The man is now 17-43 in four years as an NFL head coach.

In other words, the Redskins don’t look as though they’re one move away from contending. But if they can convince Harbaugh to come in and work with Dwayne Haskins, if they can get a premium draft pick for Williams and add a Day 1 game-changer like Young with their first-round selection, there could be hope for redemption in 2020.