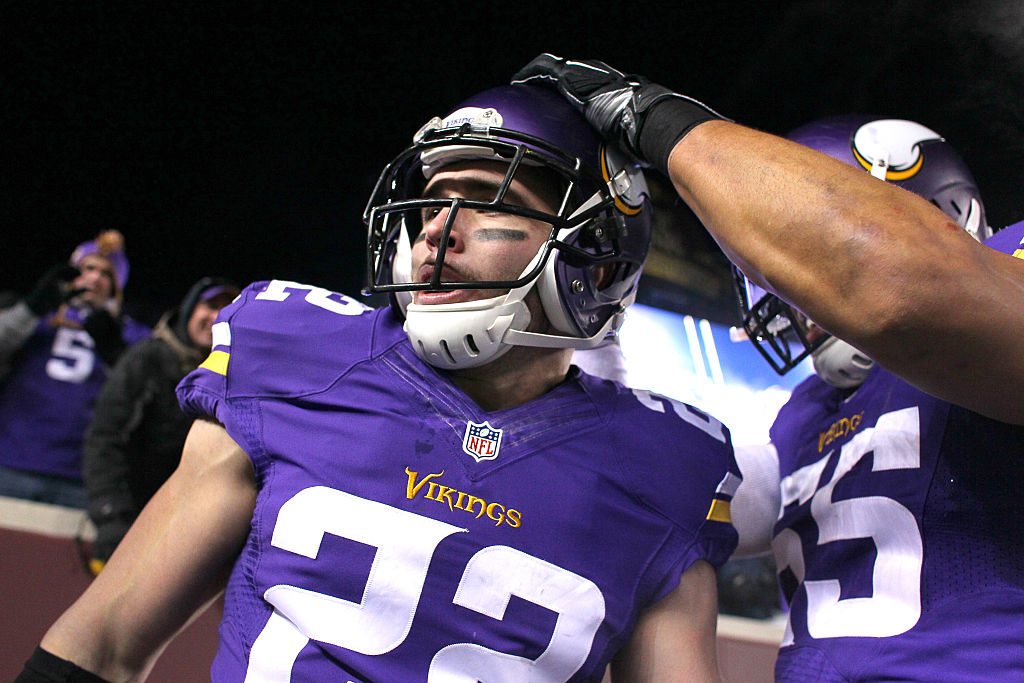 Over the weekend, the Minnesota Vikings and safety Harrison Smith agreed to a five-year contract extension, worth a maximum of $51.25 million. The deal includes a $10 million signing bonus and $28.575 million in guaranteed money.

It’s the highest-paying deal for a safety in the league at present, with the contract averaging $10.25 million per year (or $250,000 more per year, on average, than Seattle’s Earl Thomas) and $5.715 per year in guaranteed money.

We all know that these numbers are deceiving and that once the full breakdown of the contract is made available, it won’t look so intimidating. Still, Smith’s deal now sets the bar at the safety position around the NFL, also impacting the Vikings’ salary cap situation and thus future spending. The repercussions will be significant, but nothing matters more to the Vikings’ real bottom line—winning—than keeping Smith in the defensive fold.

In four seasons, the 2012 Round 1 draft pick has amassed 311 combined tackles and has pulled down 12 interceptions, scoring touchdowns on four of them. He has 26 passes defensed, three forced fumbles, two fumble recoveries and 5.5 sacks. He’s an all-over-the-field, hard-hitting safety who has flourished in head coach Mike Zimmer’s defense.

Smith should be rewarded for that, especially at age 27 and coming off of being named Pro Football Focus’ top safety for the 2015 season. The only hitch is the possibility of his play dropping off, but it’s clear the Vikings have no reasons to assume that will be the case this year or in the next two or three years of the contract.

Given that Smith’s average per year is north of $10 million and the Vikings currently have just under $11.8 million in cap space at the moment, it’s not likely that Smith’s cap hit this year will be the equivalent of that per-year average. He’ll get $2 million, at the very least, in the form of his prorated signing bonus. But based on the Vikings’ present financial state, it would make the most sense for Smith’s highest contract years to come in 2017, 2018 and 2019, with the cap penalty for cutting him equaling or coming close to the remaining signing bonus he’d be owed in 2020 and 2021.

That shouldn’t be an issue for the Vikings going forward. If they move on from running back Adrian Peterson in the 2017 offseason, they save $18 million in cap space and have no dead money charges. The only priority free agent they’d need to sign to a big-money deal is left tackle Matt Kalil, who is currently working off of the fifth-year option on his rookie contract and earning $11.096 million in 2016.

Also, the NFL salary cap as a whole could easily rise another $10 million in 2017, given that it has already jumped up $32 million between 2013 and 2016. Money, timing and Smith’s considerable talent all lined up to make this deal possible and to make it seem reasonable for both sides.

The contract will have a ripple effect on the safety position as a whole, however. There are a number of players at the position looking very closely at Smith’s deal, especially once all the fine-print details become available.

First up would be the Kansas City Chiefs’ Eric Berry, currently playing out 2016 on the franchise tag, worth $10.806 million this season. This will be Berry’s seventh season in the NFL, but he’s the same age as Smith and just as talented, with 10 career interceptions (three returned for a touchdown), 42 passes defensed, 5.5 sacks and a defeat of cancer under his belt. Assuming this year’s tag number is a jumping-off point for a long-term contract, Berry’s deal could eclipse Smith’s in per-year value next offseason.

Another player to watch is the Arizona Cardinals’ Tyrann Mathieu. Mathieu, like Berry, will be an unrestricted free agent in the spring without a new deal coming his way, but it doesn’t seem likely that the Cardinals will let him test the waters.

Despite Mathieu’s injury history—ACL tears to both knees suffered during his NFL career thus far—the Cardinals appear to be all-in on Mathieu for the long term. Bleacher Report’s Jason Cole cited sources that said Mathieu could be in line for a contract worth $11 million per year on average or more, noting that Mathieu is more than just a safety, but also an effective cornerback who can work all over the field.

This notion was also put forth by NFL Network’s Ian Rapoport, who pointed out that not only do the Cardinals value Mathieu’s on-field efforts, but also his off-the-field work.

“They view him as one of the faces of the franchise and their community efforts,” Rapoport reported. “From what I am told a new payday is expected to make him among the highest paid, if not the highest-paid safety in the NFL and don’t be surprised, if all goes well, if this is done before everyone breaks for the summer.”

It’s possible Smith’s deal could drive Mathieu’s price even higher, given that Rapoport’s comments came a few weeks before Smith and the Vikings came to terms.

As more and more cap space becomes available to NFL teams on a yearly basis, so do the new contracts handed out rise in kind. And when those new contracts are given to a player of Smith’s skill level, the money can seem astounding.

Still, the safety position is increasingly important to teams, given that they don’t just defend the pass, or stop the run or rush the passer as a blitzer, but are expected to do all of those things and must have deep knowledge of the intricacies of every defensive formation the team runs. Therefore, the best of the best are going to start getting the type of big-money deals that have typically been limited to cornerbacks and pass-rushers in the past.

Smith’s extension means the Vikings have one less piece of offseason business to worry about next year, while it also means the Cardinals and Chiefs, in particular, need to start checking their wallets to lock down Mathieu and Berry, and soon.