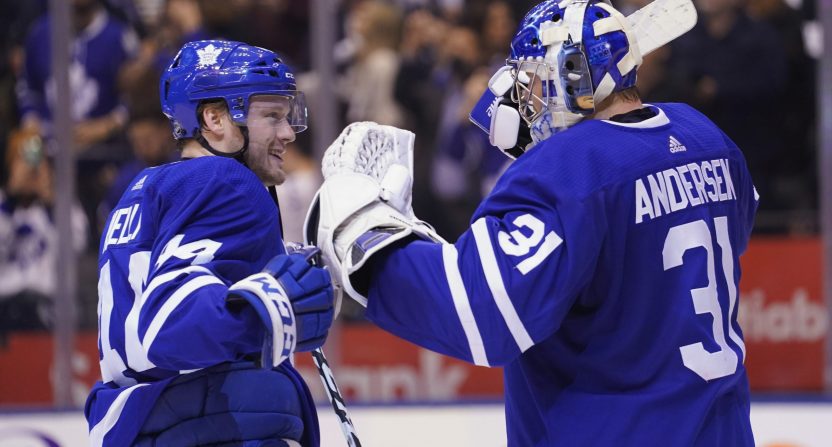 Amid further and further uncertainty, the NHL is still set to resume their season in the near future. As part of their season continuation, the NHL planned to decide on two hub cities to host the rest of the 2019-20 season. It sounds like those cities are all but chosen and it’s rather fitting for Canada Day.

TSN’s Bob McKenzie reported that while “nothing [is] carved in stone,” the two hub cities are set to be Edmonton and Toronto after the NHL and NHLPA reached an “agreement on most issues” regarding the final two phases of the league’s four phase plan. Michael Russo of The Athletic reported that Western Conference teams would play in Edmonton and Eastern Conference teams would play in Toronto.

Long night of negotiations/hard work between NHL/NHLPA appears to have resulted in agreement on most issues on Phase 3/4 RTP, CBA extension, transition rules. Still a couple of items to finalize today. NOTHING, of course, is actually done until both sides ratify a tentative deal.

Nothing carved in stone just yet, but if there are no hiccups in finalizing the tentative agreement, NHLPA membership could be voting on RTP/CBA/transition/critical dates by Friday or Saturday.

Vegas was eliminated Monday because of COVID-19 rise. The hub hotel was Park MGM and entire surrounding plaza area

It’s important to note that it’ll take a few days for this to be official but it would make sense to choose two Canadian cities at the moment. Given how COVID-19 cases have risen in the United States, it’s looking like worse and worse that it was a good decision to play, for example, somewhere like Orlando. And like Russo said, Las Vegas was a serious candidate but the rise in positive cases eliminated them from consideration.

The NHL hasn’t escaped from some of their players testing positive for COVID-19. While a small number of players from multiple teams tested positive, the most notable was the Tampa Bay Lightning as they temporarily shut down their training facility after multiple players and staff members tested positive. The NHL is set to enter Phase 3 (training camps) of their four phase plan on July 10.