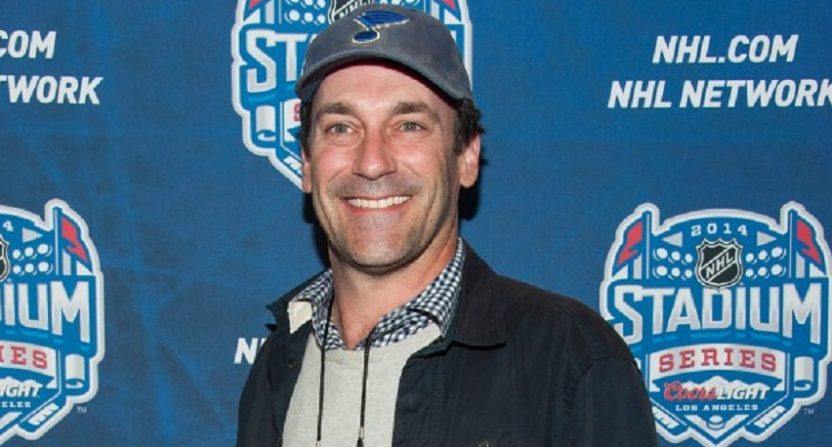 The Stanley Cup Playoffs are here! And so is the mailbag. That doesn’t change for the postseason.

Why is Ken Hitchcock going back to Dallas? Are we out of ideas for new foods? What do you do if you’ve pooped and the public toilet has no toilet paper? And just how far can the Oilers go? Mailbag, baby!

I’m an idiot, but I’m at least smart enough to try something new when a thing has not been working for a long time. “This pumpkin-spiced eggnog has given me raging diarrhea the last six times I drank it. I will no longer drink the pumpkin-spiced eggnog.” Even though I think the nog is helping, all it’s doing is causing me to disappear from the table during dates for 40 minutes while I crush a pub bathroom that hasn’t been thoroughly washed since 2011.

Hitchcock to the Dallas Stars makes sense on paper. Team is good at scoring, but bad at defense. Hitchcock is known as a defensive coach. Why not bring the two together?

Because even though Hitchcock gets your defense in order, he doesn’t get you a Stanley Cup or anything close to it, at least not since 1999. His trip to the conference finals last year was his first since the new NHL rules in 2005-06. Last year also marked the second time since 2005-06 that he won a playoff series. Hitchcock gets you regular season success but it rarely comes with postseason success.

And it’s not as though the Blue Jackets were a success while he was there. Four seasons, one playoff trip, zero playoff wins. It’s easy to have defensive and overall success in St. Louis when you have a solid group of defensemen and a complete team. If anything, the Blues were a disappointment under Hitchcock, especially in the postseason.

That’s where my eggnog diarrhea comes into play. If you have a track record of failing over and over in the postseason, why not try something else? Go with someone new? Give Dallas Eakins a try. Grab someone from the AHL or Europe. Let Daryl Reaugh coach the team. Yeah, Hitchcock might install a system that gets the Stars to 100 points, but if it neuters Tyler Seguin and Jamie Benn in exchange for six-game first-round losses, why do it?

@davelozo Is it too soon to panic about whatever happens tonight?

The game that should make you panic is Game 2, for some reason. The teams that lose Game 2 lose the series more often than any other of the first four games, I think. You’re probably looking for a percentage, but I don’t have it. It’s a thing I heard one time and it’s always stayed with me, like how Jon Hamm has a giant wiener.

So don’t panic until you go down 2-0. Or if you lose Game 2 and it’s 1-1. Or don’t panic at all. None of this matters. One day we will all turn to dust and that game-winning goal by Joe Pavelski will have no bearing on the rats gnawing at your limbs in the cemetery.

@davelozo How delusional am I if I feel like there's a legit shot for the Oil this year? I get that it's not great odds, but it doesn't feel like zero

The West buh-lows this year. I feel like people don’t realize this because Chicago has a bunch of points, so the order of things appears unchanged. I’m picking the Sharks, but the Oilers could get to the conference finals, easy. I’d say everyone but the Blues can come out of the West, so congrats to the Blues on going to the Stanley Cup Final.

Looking over the 16 teams in this year’s playoffs, I think this is one of those years where you need the elite goaltender or elite goaltending performance. Cam Talbot at .919 won’t get it done for the Oilers. But Corey Crawford at .922 for the Blackhawks? That might be enough. Sergei Bobrovsky may need to pull a Tim Thomas and deliver two months of .940. Henrik Lundqvist has to sit at a consistent .950 with that Rangers defense. But if Braden Holtby is cruising along at .930, you may as well just give the Capitals the Cup now.

Those are arbitrary numbers, yeah, but this is my mailbag and those are numbers.

5. Passion Of The Christ

The closest answer is final season Shane Doan. Loves the Jeez, isn’t good, fans and media love him. But there’s no one in, like, their 20s who translates into a hockey Tim Tebow. And thank god, because I’d need a new job ASAP.

@davelozo @PuckSoupPodcast also, I just picked the stall without toilet paper. Toilet seat covers is the only correct play, correct?

If you are taking a crap in a public restroom and have no toilet paper, the only play is waiting until the bathroom is empty, pulling your pants up and ducking into the next open stall. Please be sure to pick your pants up, as someone walking in and catching a glimpse of your dick and balls or dirty ass is probably getting you arrested or cited by police.

If that’s not an option, you have to use your underwear, then throw them away.

We’ve reached a very sad place in American society. We are the fattest country in the world, yet we’re out of food ideas. The evidence is right in front of us, as all we can do is take delicious foods that have existed forever and tweak them slightly, only all the tweaks are just making things worse. 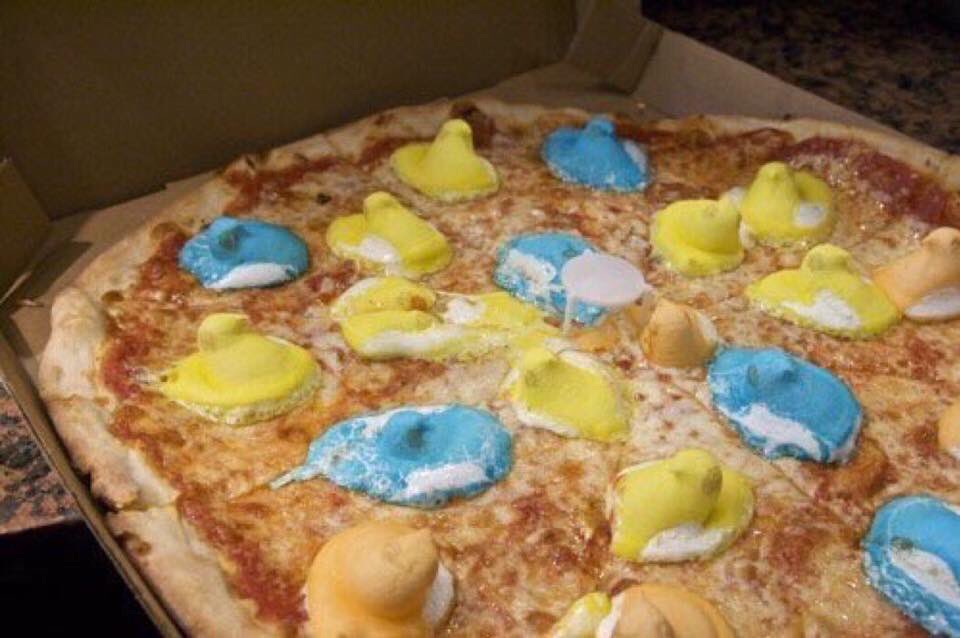 Mayo on pizza? Peeps on pizza? Someone just showed me a video where a place here in Hoboken is putting tacos on pizza? Buddy, that’s just two separate foods. If I drop a cheesesteak on a quesadilla, that’s not a new thing.

So, no, get your jam off my grilled cheese. We perfected bread, butter and cheese. Stop trying to build on that. Think of something new.

If we’re not going to cure diseases, we should at least discover a new animal to cook or cheese to make.