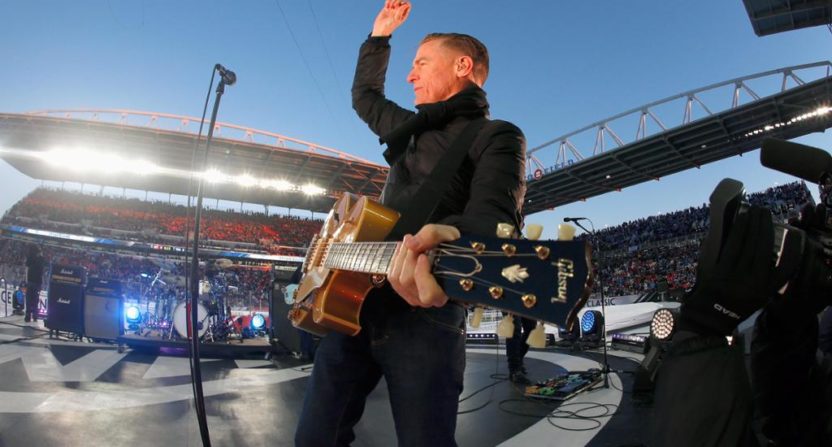 The awe, spectacle and wonder of the NHL’s outdoor games has been dwindling over the last several years as the league has added more and more to the schedule. Few games summon the imagination the first offerings created, and a large part of that is how the NHL consistently seems to book terrible musical acts to perform before the game and during the intermissions.

At the NHL 100 Classic, the league first went with Canadian country act Tim Hicks to provide the introduction to a game meant to honor the 100th anniversary of the first NHL game. For the second intermission, the NHL booked an even more inspiring act, invoking every memory of skating on the pond and outdoor hockey… Bryan Adams.

Bryan Adams is the worst thing our Great Dominion has ever foisted on Western Civilization. We truly apologize.

In temperatures that felt like -20 Celsius (-4 Fahrenheit), fans at Landsdowne Park had to sit through those two acts just to get back to watching some underwhelming hockey.

At least they’re from Buffalo, though the game isn’t even being played there.

The NHL is really tapped into the music scene, you guys.

The Goo Goo Dolls will perform at the Winter Classic. Did not know they were still a thing.

The Goo Goo Dolls are the perfect choice for the NHL's Winter Classic.

One is a past-its-prime act, that was never as good as advertised, and is less and less relevant each day.

The other is the Goo Goo Dolls.

Time after time, the NHL consistently gets these decisions wrong. They can never get the entertainment right at the NHL Awards every year, and they certainly strike out with every outdoor game.

Simple Plan in Boston for the 2016 Winter Classic, Simple Trick in Minnesota, John Fogerty at Levi’s Stadium, Gavin DeGraw and Billy Idol in Washington, and that doesn’t even take into account the most obvious performer of all: Five For Fighting. 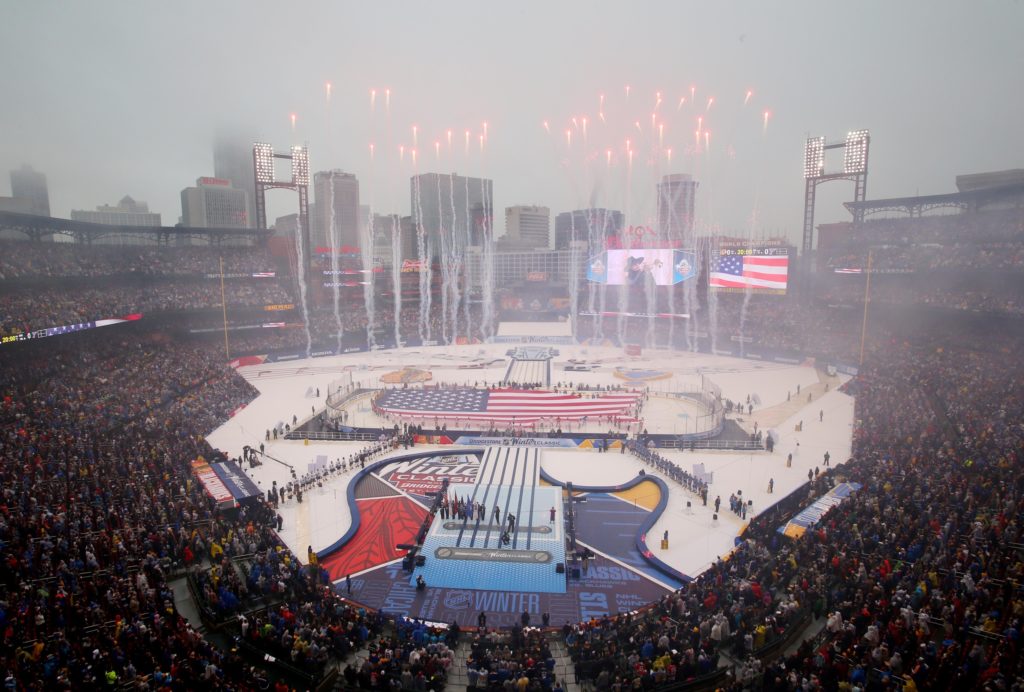 These games are supposed to be the biggest events on the NHL calendar, where non-hockey fans tune in to see hockey outside and get inspired to come to the sport. Shouldn’t the musical acts live up to those great expectations? Sometimes, the league at least books acts with connections to the cities the games are in, but with the 2018 Classic, they couldn’t even get that right.

As the negative reaction to these acts is almost universal, it’s as if the NHL is plugging its ears during every single intermission at outdoor games.

At first, the Winter Classic was a special event to honor hockey at its roots in special settings such as Buffalo’s Ralph Wilson Stadium, Fenway Park, and Wrigley Field. Unfortunately, the games have became a bloated technical exercise, existing solely to recapture old glory from events they cannot recapture. And every musical act the NHL ever books is emblematic of that. The Goo Goo Dolls may have been a decent choice for the 2008 Winter Classic, but even then it’s about a decade too late.

Maybe this tweet summarizes all the sentiments surrounding the NHL burning out the outdoor game enterprise, combined with musical acts that confirm the sentiment:

Just saw someone refer to Goo Goo Dolls as a classic rock band, and now I feel old.

Only the NHL. But it could be worse. The league could have repeated what they did at the Yankee Stadium game four years ago:

Only in the NHL could this happen like clockwork every year. And there’s no end in sight.