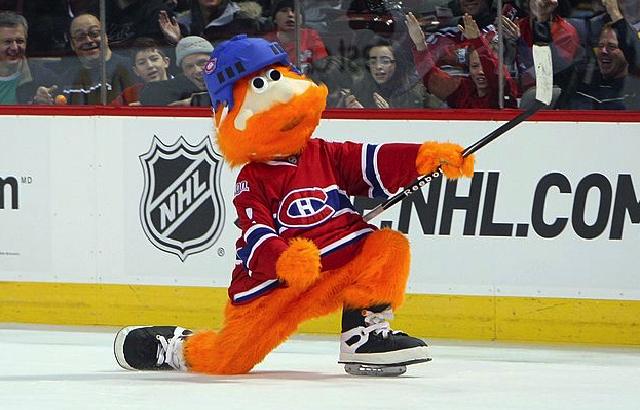 It’s that wonderful time of year when the stupid holidays are over and the wonderfully important World Junior Championships are here, so we’ve got some hot tips for the tournament, a mascot battle and what the NHL will do when it comes to expansion. But first, is it easier to go from also-ran to champion in the salary cap era? Mailbag.

@davelozo was it easier to go from trash to contender in pre-capped NHL vs today's "parity"? Seems it will take 5-7 yrs rebuild minimum now

This is a really good question that I will say upfront lacks a good answer. Before I rummage through old standings, my gut feeling is pre-cap it was harder to get to the top but once you were there, it was easier to stay. Part of the reason the Red Wings were able to keep this playoff streak going for so long was because Little Caesars is a profitable business and Mike Ilitch was willing to throw that garbage pizza money at anyone.

But the late-90s/early-00s New York Rangers will tell you unlimited spending doesn’t necessarily translate into success. The New Jersey Devils were a partial dynasty over that time, but didn’t have deep pockets. The Toronto Maple Leafs can print money, but never got beyond a conference finals and missed the postseason a couple times.

One thing that hasn’t changed is if you draft cornerstone guys, you will win championships. The Devils, Red Wings, and Avalanche stayed atop the league for a long time because of homegrown talent. The same can be said for the Blackhawks and Penguins of today. The salary cap hasn’t changed the importance of the draft. It’s leveled the playing field a bit, but I don’t think it was necessarily easier then than it is now to go from landfill to mountaintop.

What about our modern-day elite teams? The Blackhawks made one playoff trip between 1998 and 2008 before winning their first modern Cup in 2010. The Penguins drafted Sidney Crosby in 2005 and won the Cup in 2009. If you want to include the Los Angeles Kings, they went from no playoffs from 2003-09 to champions in 2012.

If anything, the salary cap is making it easier to achieve elite status, partially because the modern CBA makes it hard for those cornerstone draft picks to leave. Or does that make it harder because those players are only available to the teams that happen to be extremely bad in those draft years? The Oilers are proof that no matter what, if you don’t draft well when you’re bad, you will be bad a lot longer than the Blackhawks and Penguins of the world.

It’s maintaining the elite status that seems the hardest.

So if the Red Wings are the Blackhawks, the Devils are the Kings and the Avs are the Penguins, the previous generation of dominant teams were able to stay on top longer and with a little more ease, as they didn’t need to gut their squads or hope for cap relief via a shady arrest at a border that allowed them to void a hefty contract.

The problem with hockey — and almost every sport, when you think about it — is the only way to become great is to be awful first, and to be awful at the right time. The worst thing that can happen to a team is mediocrity. It’s not that you can’t find a cornerstone guy with the 17th pick, but boy is it hard. Even worse is doing what the Coyotes are doing this year — tanking one year after they had two viable chances to tank for Connor McDavid/Jack Eichel/Auston Matthews/Patrik Laine.

Like I said, there’s no good answer. The principles of the past aren’t different when it comes to building a winner. It’s probably about the same.

@davelozo If Youpii and NJ Devil were drowning, and you could only save one, who would you save?

Youppi is great. He’s not drowning on my watch. Weirdly, a friend and I had a picture together with Youppi from the Montreal Expos’ final season in 2002, but his basement flooded like 10 years ago and we lost it. It’s not like I had hair in that photo, but I’m sad it’s gone. But in a way, Youppi did drown, just not on my watch.

Here’s why N.J. Devil (the actual name of the mascot) can rot in hell. In 1993, when I was 15, I got to do Score-O at a Devils game against the Islanders. This means between periods, I got to walk out onto the ice and shoot two pucks from center ice in an attempt to get it into a tiny opening in the net. It was a sell-out crowd for the game, so it was a pretty cool environment.

I took my first shot. Bounced it off the barrier in the net. Got it on goal but a little to the right. A simple course adjustment and I was going to score. I knew it.

I release the second shot. It’s dead center. I’ve got this. There it is. Goal. The light comes on. The people behind the net stand up. There’s an audible roar. That may have been my first true orgasm. I raised my arms. I just won a chance to come back to the final home game and shoot again for a car. It was a rush like you would not believe.

Then it all came crashing down. The Devils mascot, who I am pretty sure was just some college asshole with no officiating experience, skated toward the crease, looked down at the opening and gave the signal — no goal. The crowd groaned then booed. I felt like Bill Maher doing his monologue. And it was all because some goofus in a costume said the puck didn’t completely cross the goal line.

So yeah, F the Devils mascot. If you were in that suit late in 1993, just know I’ve hated you for nearly a quarter century.

It’s sort of pointless. It’s designed to prevent players from being moved, but considering how often players get traded, why is it even needed? It’s nearly January and there hasn’t been a significant trade this season. So it prevents call-ups? That seems almost mean.

The NHL roster Christmas freeze is like me texting Heidi Klum that we can’t possibly go on a date between Dec. 17 and Dec. 27 because I’m just too busy when we both know I’m not busy and that transaction isn’t happening before or after that window anyway.

@davelozo do you think the NHL wants 32 teams? Or is it more likely that the league will be trimmed down to 30 again in the next few years?

You are basically asking, “Does the NHL want a free $500 million from an idiot or would they prefer to not have that money?” The NHL shouldn’t have more than 24 teams based on the levels of talent available to the league, so going from 31 back to 30 wouldn’t matter. It would be like spending this past weekend cramming your face with excessive levels of ham, turkey, potatoes and pie, but turning down a turkey sandwich to eat some fruit.

Buddy, you’ve already pushed yourself past a healthy level, so you may as well slather some mayo on that bread and consume your 32,000th calorie of the holiday.

@davelozo where do you se the Toronto Maple Leafs finishing the season? Playoffs? Just miss? Trade & tank to get another high pick?

I’ve got them just missing, but they can still make a run. Before the season, I had this team pegged as “fun/bad” because they would have a ton of entertaining skill playing nightly, but they’d have trouble winning because of inexperience and defense. It’s been more fun than bad on the whole, but odds are they fall short while set to make a serious playoff challenge next season.

6. I know what a huge fan of the World Juniors you are, so can you make a prediction and give me some players to watch? I don’t know the players that well and I know you’re an expert. 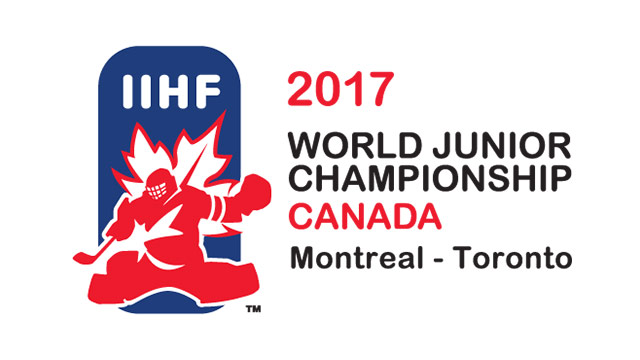 Mike, there’s nothing worse than Christmas Eve and Christmas, because I know the most important tournament in the world starts Dec. 26 and I can’t wait to watch it — the World Junior Hockey Championships. There’s nothing better than an international high school hockey tournament that allows me to gain a sense of pride from how teens that happen to be born in the same country as me play a game for two weeks, so this is what I live for.

To help you out, here are three players to keep an eye on and my medal predictions.