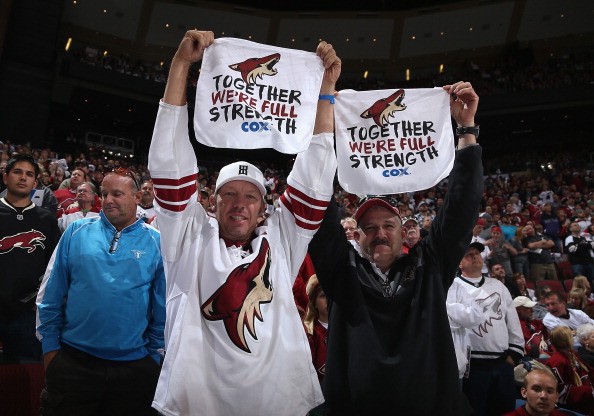 Welcome to Part 2 of The Comeback’s three-part NHL preview series. Over the next three weeks, I will tell you exactly how the standings will look at season’s end. We started with teams 30 to 21, today we’ll rank 20-11, and then finish with 10-1 (along with playoff and trophy picks) the Thursday after that. You also get to learn which episode of the television sitcom Friends best represents each team’s upcoming season.

While this is designed to be fun, it’s important that you take as much offense as possible to your team’s predicted finish. Thank you and enjoy.

Key additions: Teuvo Teravainen, Lee Stempniak, Bryan Bickell, Viktor Stalberg
Key losses: James Wisniewski, Nathan Gerbe
If they were a Friends episode, they’d be: The Ones After Season Three That Brought Back Janice. For a time, Janice served a purpose. We enjoyed Janice. We laughed with Janice. But as the seasons moved forward, you wondered why the show kept bringing back Janice every season. She ruined shows and if we’re being honest, she ruined seasons. There was still a lot to like, but why Janice? Why? Anyway, Cam Ward got a new two-year contract this summer after seasons of .908, .898, .910 and .909. The Hurricanes should move to Yemen to avoid this.

Key additions: Bruce Boudreau, Eric Staal, Chris Stewart
Key losses: Thomas Vanek,
If they were a Friends episode, they’d be: The One That Had Brad Pitt As A Guest Star. In 2016, Brad Pitt is one of the biggest stars on the planet. When he guested on Friends in 2002, he may have been the biggest star on the planet. And not only was he brought in toward the end of the show’s run when the cast was older, he was on a Thanksgiving episode, a hallmark of the show. It turned out he got there too late. The episode was bad. The ratings were the second-lowest that season. He didn’t give that show a lift. Anyway, Boudreau is the coach of the Wild now.

Key additions: Shea Weber, Alex Radulov, seriously that Shea Weber trade really happened, Andrew Shaw
Key losses: PK Subban, Lars Eller, Ben Scrivens, 2016 All-Star Game MVP John Scott
If they were a Friends episode, they’d be: “The One Where They Switch Apartments.” The Canadiens were Monica and Rachel. They had the best apartment in Manhattan. Joey and Chandler had a much smaller place. Unable to check her ego, Monica agreed to a game that led to her having to exchange her superior domicile for a smaller one that didn’t fit her lifestyle. Anyway, all the best to the Habs in the Weber-Subban swap.

Key additions: Boyd Gordon, Andy Miele
Key losses: Sam Gagner, Evgeny Medvedev
If they were a Friends episode, they’d be: “The One With Rachel’s Sister” (Either One). Episodes that involved a Rachel sister were always perfectly average and forgettable. First, they had Reese Witherspoon. You enjoyed it. It was OK. Later, they didn’t really change the formula when they brought in a new sister, Christina Applegate. You could barely tell the difference and the results were basically the same. Anyway, the Flyers didn’t too much this offseason besides swapping out Sam Gagner for Boyd Gordon. Enjoy the show.

Key additions: Mika Zibanejad, a whole mess of bottom-six forward types
Key losses: Derick Brassard, a whole mess of bottom-six forward types
If they were a Friends episode, they’d be: The One Where They Changed Carols. Do you remember the Carol before Carol? For one episode, someone else played Carol. When Carol appeared again later, Carol was played by Jane Sibbett. Same character — blonde, white, lesbian, nice person, mother to Ben — only she looked a little different. Anyway, the Rangers tweaked their supporting cast but you will probably barely notice. 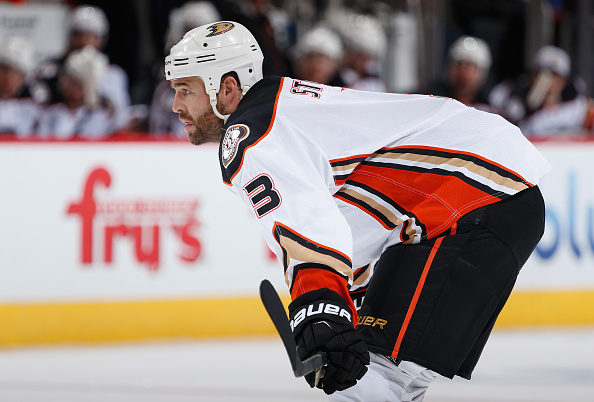 Key additions: Randy Carlyle, Antoine Vermette, Jonathan Bernier
Key losses: Bruce Boudreau, Frederik Andersen, David Perron
If they were a Friends episode, they’d be: The One Where They Brought Back Jon Lovitz. During the first season, Lovitz appeared in a memorable episode where he was stoned. “Bears overboard!” It was great. Eight seasons later, he was back and it wasn’t anywhere as good. Instead of trying someone new, they recycled Lovitz. Anyway, eight seasons after winning a Stanley Cup with the Ducks, they brought back Carlyle because much like the writers of Friends, they are out of ideas.

Key additions: Kyle Okposo, Dmitry Kulikov, Anders Nilsson
Key losses: Chad Johnson, Mark Pysyk, Jimmy Vesey (sorry)
If they were a Friends episode, they’d be: The One Where Ross’ Turkey Sandwich Gets Eaten. During the show’s fifth season, the sandwich with the moist-maker gets eaten by Ross’ boss at the museum. Ross wanted that sandwich. He waited to eat that sandwich until the time was right. This sends Ross into a rage-fueled tailspin but he came out of it better (relatively for Ross, who was trash) and eventually got a well-paying teaching job. Anyway, Jimmy Vesey was stolen from the Sabres and after dealing with the anger of losing the turkey sandwich of free agency, the team will be better off for it.

Key additions: Patrik Laine, Shawn Matthias
Key losses: Jacob Trouba (probably)
If they were a Friends episode, they’d be: The One Where Joey Gets Mad And Goes To Vegas. This is Joey’s big break — an independent movie in Vegas. But Chandler, is supposed friend, isn’t supporting him. So he kicks Chandler out of the cab and goes it alone. But when Joey gets to Vegas, the movie is off. Things that were suddenly promising are bad, as Joey is all alone and missing his friend. Anyway, Trouba is all set to jump out of the moving car that is the Jets because they’re not supporting his dream of being a right-handed defenseman on the right side of the ice. Unlike Joey, Trouba doesn’t want to see a hand twin when playing. 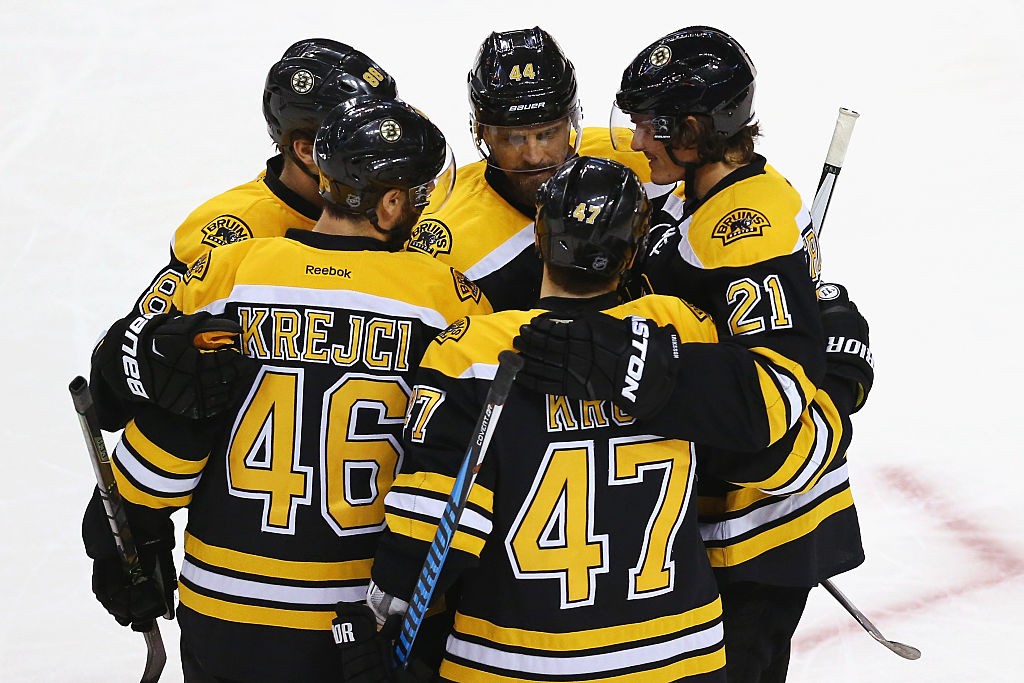 Key additions: David Backes, Anton Khudobin
Key losses: Loui Eriksson, Dennis Seidenberg, Brett Connolly
If they were a Friends episode, they’d be: The Ones That Had Elle MacPherson. God, why did those episodes happen? The show did not need someone that couldn’t act and brought nothing to the team. It was an unnecessary addition and they would have been better off bringing in anyone else for that role. Anyway, all the best to Backes in Boston.

Key additions: Dan Hamhuis, Jiri Hudler
Key losses: Val Nichushkin, Kris Russell
If they were a Friends episode, they’d be: The One Where Joey’s Arm Is In A Sling. Friends fact! Matt LeBlanc injured himself before the episode where he wore the sling, which is also the episode where he eats all the jam. He hurt himself recording the episode before this so he started the next episode with a serious injury that lingered throughout the season. Anyway, Jamie Benn, Tyler Seguin, Ales Hemskey and Radek Faksa are all recovering from injuries that could hamper them during the upcoming season.