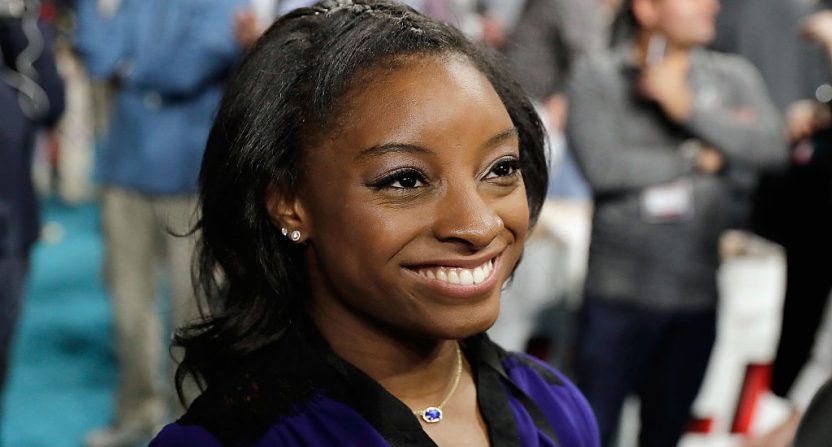 After winning five gold medals in these past Summer Olympics, Simone Biles has to stay sharp somehow.

Why not compete in one of the longest standing and popular reality shows on TV?

Entertainment Tonight has a source saying that Biles will compete in the upcoming spring season of Dancing with the Stars. She isn’t the only interesting celebrity competing either, as it looks like Mr. T will join her on the show as well.

She had originally stated that she had interest in competing in the fall season of the show but scheduling issues prevented her from doing so.

Her teammate Laurie Hernandez came home with the championship during the fall season, so that will only lead to sky high expectations for Biles.

Many athletes have come onto the show thinking they’ll win the competition with ease. Considering the type of athlete Biles is, don’t be surprised if she comes home with the mirror-ball trophy.

She seems to thrive when she is under some pressure. Even when millions are watching.