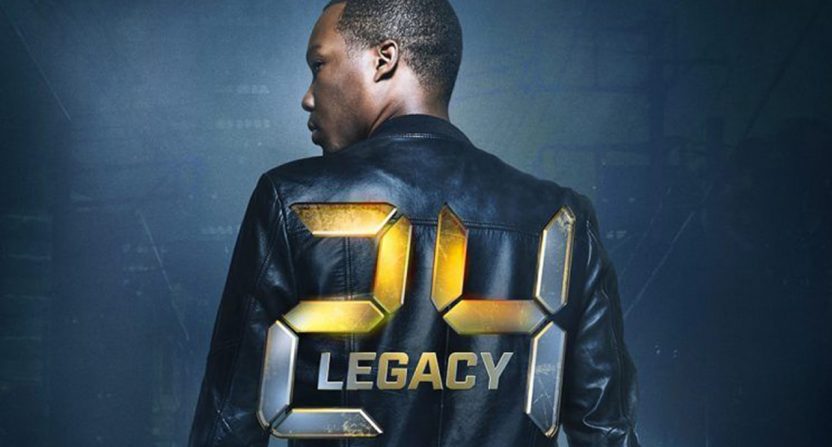 24: Legacy wrapped its first (only?) season on Monday night. The season wasn’t terrible – at times, it was downright enjoyable, and at others, it was merely just watchable. But the show never really ended up catching on with many, and the buzz surrounding the show disappeared following its two-night premiere following the Super Bowl in February.

But while much of the discussion regarding 24: Legacy was about Corey Hawkins being cast as “the new Jack Bauer,” Hawkins was one of the few actual highlights of the series. His Eric Carter wasn’t Jack Bauer, but Hawkins was convincing in his role. We learned a lot about Carter and his history over the 12 episodes, and while he wasn’t as cold-blooded as Bauer was, he was still a more than acceptable action hero.

Because all of the characters in the show (with the exception of one, who we will get to soon) were new, there was no emotional attachment to any of them. Thus, I had no reason to care about Senator John Donovan or his wife, former CTU director Rebecca Ingram. I had no reason to care about CTU analysts Andy Shalowitz and Mariana Stiles (whose connection to Edgar Stiles was mentioned once, and then completely forgotten) or CTU director Keith Mullins, or CTU agent Thomas Locke. When you bring in an entire crop of new characters with no ties to characters in the 24 we all knew and loved, it’s going to be difficult to establish a bond between them and the viewers in just 12 episodes.

And while 24 would never hesitate in bringing new characters aboard (especially in seasons seven, eight, and the excellent 12-episode Live Another Day), there were always ties to the prior seasons, with characters like Bill Buchanan, Kim Bauer, Aaron Pierce, Charles Logan, James Heller, Audrey Raines, Cheng Zhi, and Tony Almeida all playing key roles alongside Jack and Chloe.

That brings me to the inclusion (and how sloppy and ridiculous that inclusion was) of Tony Almeida in 24: Legacy. For a series that was so desperate to recast everyone, bringing Tony back for such a minor role was just bizarre and seemed like a desperate attempt to convince people that this series was going on in the same universe at the Jack Bauer 24 series. When we last saw Tony, he was being arrested by the FBI near the end of season seven. He didn’t show up at all in season eight or Live Another Day…but did star in a featurette on the Live Another Day Blu-Ray, which I (and I assume many people who watched 24: Legacy) didn’t even know existed.

His appearance (and for that matter, the fact that he isn’t still imprisoned) is completely hand waved away by Ingram when she calls him in to interrogate Donovan’s father, and including him in such a minor role just doesn’t work. Given that he was the only actor from the Bauer era to show up, you’d think he would have a more significant role than…being an interrogation expert and a random black ops mercenary.

I do think 24: Legacy would have benefited from trying to stand on its own instead of attempting to be a 24 spinoff. Get rid of the running clock, the “CTU” labeling, “24” in the title, and the presence of Carlos Bernard as Tony Almeida, and it wouldn’t be judged against the Kiefer Sutherland 24 that we all loved. Yes, it would just end up being general black ops/spy drama #723, but given the underwhelming ratings this season has pulled in, it couldn’t do that much more damage.

What’s next for 24: Legacy? A second season could be in the cards — much like in season one of 24, many of the main characters remain alive and in play, which would (theoretically, at least) strengthen the bonds of viewers to the new characters and help us gain an emotional investment to them and their actions. The death of Rebecca in the finale came about in a shocking manner when the imminent threat was seemingly eliminated, much like the deaths of Teri in season one and Audrey in Live Another Day.

Rebecca played an important role in this season, but given that she didn’t have an actual role (former director of CTU, current wife of a presidential candidate), killing her off likely wouldn’t hinder the plotlines of future seasons. In fact, I would think it would even improve the story, as CTU, Carter, and Donovan can all push forward to dig deeper into the conspiracy that caused all of the day’s events, culminating in Rebecca’s death.

But if there’s no second season, we’ll look at 24: Legacy as a missed opportunity to further expand the 24 universe. With so few ties to the previous seasons, Legacy just didn’t feel like 24 — it was just a poorly executed spinoff. And that’s a damn shame, because there was definitely a decent foundation to build a strong season and a new world, mainly thanks to the performance of Hawkins.

2 thoughts on “24: Legacy showed promise, but ultimately couldn’t decide what it was”