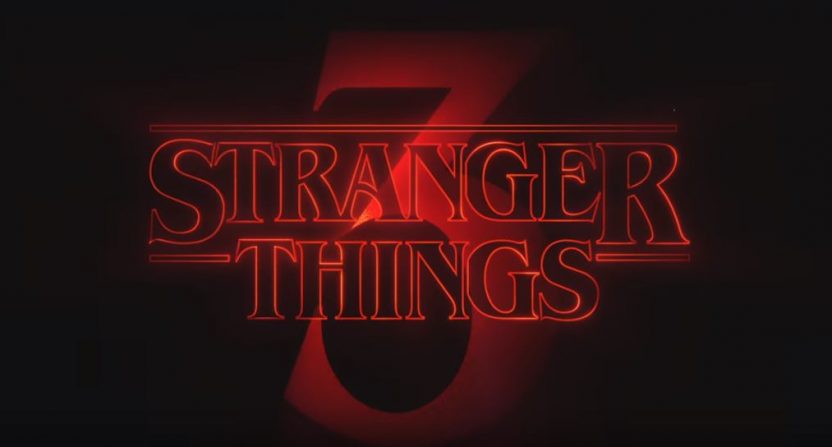 Stranger Things 3 was an outstanding adventure that featured lots of action, comedy, and, of course, a ton of pop culture references. This latest season was a strong step back towards what made the original so great following an underwhelming second installment. And, exactly like you’d expect, Stranger Things 3 left the door wide open for several plot questions to be answered in the future.

While a fourth season hasn’t been officially announced yet, we can all assume one is coming after the insane start seen from season three.

40.7 million household accounts have been watching the show since its July 4 global launch — more than any other film or series in its first four days. And 18.2 million have already finished the entire season.

In fact, the Duffer brothers have already discussed their story going to a fourth season. They’ve stated that a fourth set of episodes would “feel very different” compared to what viewers have seen. They’ve also hinted that they plan to be a show with a defined ending, not a show that just keeps going with no sense of direction.

Let’s talk about some items that could be addressed in season four.

Warning: We’re going to walk through deep spoiler territory below, so turn away now if you haven’t watched all of the third season. Seriously. Don’t ruin it for yourself.

Ready for some big spoilers?

What’s up with Hopper?

The biggest talking point following season three was the sad death of Jim Hopper. David Harbour’s character was outstanding throughout the eight episodes, and met an untimely end while love interest Joyce Byers was forced to watch.

Fan theories flew wild thanks to a mid-credits scene in the final episode, where Russian soldiers mention the “American” who is in one of the holding cells. That has to be Hopper, right? Maybe, but we aren’t convinced he’s the American in question. More on this later.

Wouldn’t it be great foreshadowing if the “leave the door open 3 inches” talk also refers to Hopper wanting Eleven to leave the gate to the Upside Down open until he can escape?

Who is the American?

Based on our theory that Hopper might be in the Upside Down at the end of season three, that leaves a lot of mystery around the American that’s mentioned in Russia in the mid-credits scene. Hopper making it all the way over to Russia would require quite the explanation, so we think a more realistic explanation is (drum roll) Dr. Brenner.

Yes, the very Dr. Brenner that we saw getting mauled by a Demogorgon in season one. The same Dr. Brenner who was teased as still being alive to Eleven back in season two. The idea that Dr. Brenner is still alive isn’t too far-fetched, given the ol’ “if you don’t see a body, they aren’t really dead” trope that also works with Hopper.

Perhaps the best “proof” that Brenner is involved can be answered with one simple question: How did the Russians know that Hawkins, Indiana is the easiest place to break into the Upside Down after their failed attempts? Unless someone like a Russian Robin heard some code from the United States and cracked it, someone had to tell them.

The recent season ended with Eleven dealing with grief in a variety of ways. She just lost the only real father she knew, she was moving away from Mike, and she still hasn’t regained her powers after exhausting them in season three.

Seeing Eleven without powers is a new twist for Stranger Things, particularly as viewers had watched her grow stronger and stronger with each passing episode. There was some battery talk used to describe how it’s possible Eleven’s powers are drained, but how does that explain the fact she still appeared to be without powers three months later?

Eleven’s powers are often connected to her emotions, so it’s possible the grief of the situation is preventing her powers from coming back. Or, she needs to rediscover her powers and that will be a focal point of season four.

Will the group come back together?

Stranger Things 3 ended with the cast split up into two main groups. Joyce, Jonathan, Will, and Eleven have left Hawkins for an unknown destination. All we know is that it’s so far away that Eleven will only see Mike around major holidays. Meanwhile, the rest of the group is in Hawkins, presenting an interesting question ahead of a new season.

Maybe Stranger Things 4 could take on a Star Trek III: The Search for Spock vibe where the hunt for Hopper and Eleven’s powers force the group to come together once again.

What’s up with that Demogorgon?

The mid-credits scene stirred up lots of debate over Hopper’s whereabouts. That debate downplayed one of the larger stories: how the hell does Russia have a fully grown Demogorgon that they have seemingly domesticated?

Watching the Mind Flayer drop as the gate was closed once again reminded viewers that the hive mind is a constant element in Stranger Things, just as it was in season two with the Demodogs. So, how is there a Demogorgon alive and well in Russia? The immediate theory is that a new gate has been opened. But, that doesn’t explain how or why the Demogorgon is content to hang out in a cell when we’ve seen their ability to transfer in and out of the Upside Down in season one.

The idea of Russia using the Upside Down as a weapon was brought up early in the series. Season four could center on this idea further since it appears they’ve been successful.