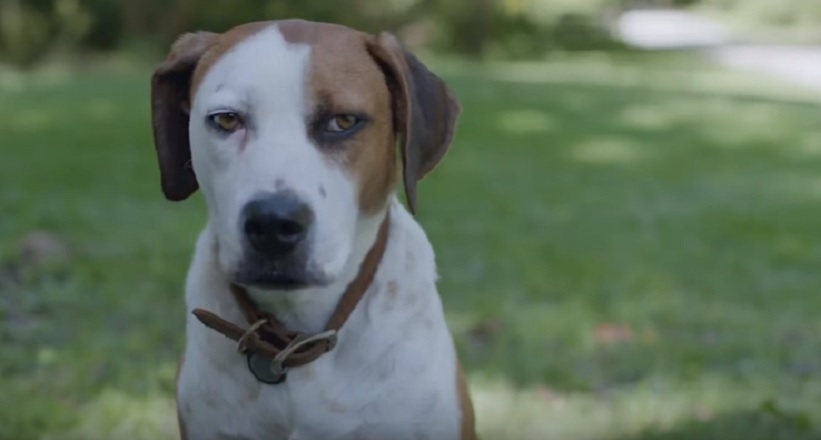 I never want to leave my dog home alone ever again. And I totally understand why he eats paper off the coffee table when I do. I understood this before I watched Downward Dog, the new ABC show airing its pilot episode Wednesday at 9:30 p.m. But now I get it. He thinks I’m out taking joyrides in the car all day, and he’s jealous.

I went into this show predisposed to love it. I have conversations with my dog where I tell him that I love him and think he’s better than people. (Because he is.) So I was a little disappointed I didn’t adore it. But that’s probably more a marketing/expectations issue and not a flaw of the show itself. ABC was selling this as a comedy. It’s not. It’s a dramedy, at best. So I want you to shift your expectations right now, before you watch.

We meet Martin first, saying how Nan isn’t respectful of his need for a schedule. And it’s clear Nan, played by Allison Tolman (who may have the most refreshingly honest IMDB biography I’ve ever seen), is a bit of a mess. But in the way that feels very familiar to anyone who’s lived any kind of life. She works for a misogynistic ad guy who is not Don Draper, but more Russ Hanneman from Silicon Valley. (“I’m the most feminist guy I know,” as he teases her about expecting another “girl power” pitch.) She figures out that he wants all ads to feature vaguely French words and nudity and the pilot has her grappling with whether or not to do that in order to get ahead.

Nan also has an ex-boyfriend thing going on, played by an almost unrecognizable Lucas Neff from Raising Hope, and she is a little sad. And she’s got Martin, her mutt-mix of a dog. All of this set in the decidedly un-Hollywood city of Pittsburgh.

As to Martin: most dogs love you with a ferocity you don’t often get elsewhere in your life. As Nan says in the pilot, he’s always happy to see her no matter what. And with most dogs, it’s not complex. Feed them, love them, play with them, don’t leave them alone to go drinking with your friends and they won’t eat your shoes, as Nan discovers.

What Martin brings to the equation is, however, a more complicated set of emotions than that. But he doesn’t feel like a gimmick. This is not Look Who’s Talking Now. He feels like a fully fleshed out character. The emotions Martin portrays are certainly more melancholy than I imagine my dog’s inner life is, but they don’t feel inauthentic to Martin, who has the sort of dog face that always looks slightly sad.

Martin interacts by using the mockumentary aside device that’s become ubiquitous in TV, but this has a slight tweak to that format because he’s the only one using it, allowing us to know what he’s thinking and feeling while all the other characters remain unaware. Like how he initially “doesn’t respect” Jason (Neff), but now he seems all right, after Nan asks Jason to play ball with Martin so she can finish her work and the two “men” bond in the park.

So the show is operating at two totally different levels: dog-documentary worldview and Nan real-world navigating life worldview. And how what Martin doesn’t understand about Nan’s world informs his behavior. But it’s clear they both adore each other, “obsessed” Martin says, even if they don’t always get each other.

The first 20 minutes of the show is table-setting, and I’m not really sure we know what the show is going to be just yet. The last five minutes were where the heart lies, and where I hope we get to explore more: Nan and Martin profess, independently, what they mean to each other. But this is pull on your heartstrings and not laugh-out-loud funny. The funniest moment came in the post-credit scene where Martin gives us a very amusing glimpse into what your dog may be dreaming about and his feeling on cats.

One episode of a sitcom is hardly enough to get a good flavor for what it will be going forward, but I’d like to stay in Nan and Martin’s world for a while. I’m curious to see if they get more of the “couple’s therapy” (Martin’s understanding of obedience training) where Mo Collins delightfully showed up as a no-nonsense, the problem is the owner dog trainer. I’d like to see more of the Neff/Tolman relationship because even in his short scene with Nan, he was disarmingly charming. And I’m rooting for Nan to, ultimately, get her life together and for Martin to understand that even if she’s not a perfect owner, she loves him with the same ferocity he loves her.

The pilot for Downward Dog airs Wednesday May 17th at 9:30 on ABC.