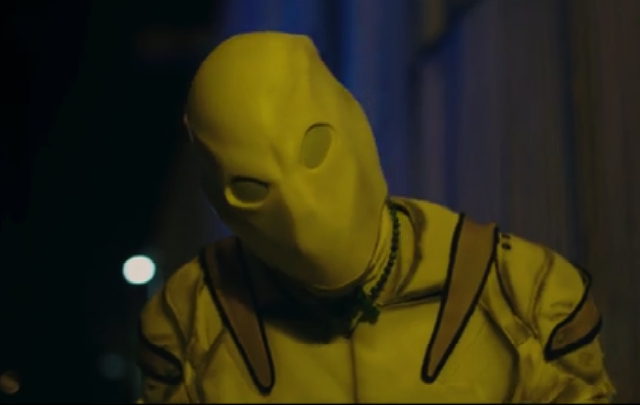 Sometimes, if you want to see a Marvel film or TV show, you have to make it yourself.

Marvel Comics properties are all over the big and small screen these days. Global icons like Captain America, Iron Man, Spider-Man and the Avengers dominate the theatrical box office, while street-level characters like Daredevil, Jessica Jones and Agents of S.H.I.E.L.D. have made an impact on television.

Yet there hasn’t bene a whole lot of minority representation in the Marvel Cinematic Universe. Black Panther made his debut in Captain America: Civil War earlier this year and Luke Cage headlined a Netflix series in the fall, so Marvel is taking some steps in that direction. But actor Jon Huertas wants to see more Latino representation in Marvel’s on-screen world and is trying to do something about that.

Huertas is perhaps best known for playing Det. Esposito on Castle and currently plays the unpopular Miguel on NBC’s This Is Us. (How could he marry Rebecca after Jack died? He was Jack’s best friend!) But he’d also love to play a Marvel crimefighter. With writer Bill Mantlo and illustrator George Perez, the publisher created the first Puerto Rican comic book superhero with White Tiger in the 1970s to help capitalize on the martial arts craze at the time. 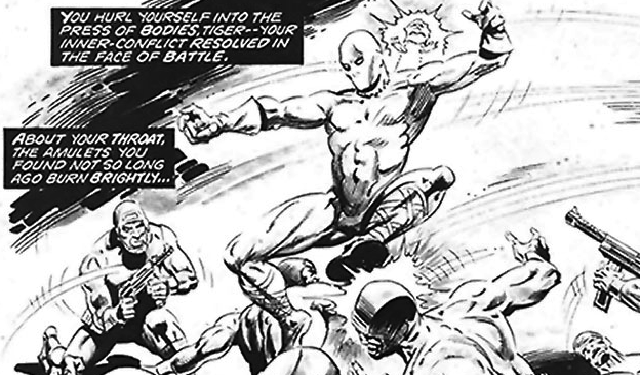 The White Tiger was Hector Ayala, a Puerto Rican college student who discovered a mystical amulet that gave him superhuman abilities. As one does when suddenly endowed with increased strength, speed and fighting ability, Ayala decided to become a costumed hero to fight crime in his neighborhood. Eventually, he crossed paths with Spider-Man in Marvel Comics, which gave him some cult popularity.

Huertas obviously developed some affection for the White Tiger while growing up and thinks he’s the sort of superhero property that Marvel should be developing now.

“As a mainstream actor who happens to be Hispanic,” Huertas told The Wrap’s Umberto Gonzalez, “I feel it’s time for someone to develop an adult male comic character. It’s time, and in my opinion it’s taken far too long.”

So with his production company, WestSide Stories, Huertas decided to make a fan film featuring the White Tiger and Hector Ayala as a proof of concept, hoping to attract Marvel’s attention and perhaps the interest of a TV or movie studio. Here is the seven-minute short that he produced. (Warning: Most of the language here isn’t safe for work.)

So this isn’t the greatest superhero short film ever made. The action is limited and the White Tiger costume is unfortunately a bit goofy, looking like something from an older Japanese TV series. It’s basically a fan film made by Huertas. But some of the character’s backstory is provided, showing why Hector Ayala would decide to fight crime when he’s given extraordinary abilities by those Tiger amulets.

Huertas also shows he’s capable of playing an action role, rather than the best friend, sidekick and supporting parts for which he’s best known in Hollywood. Though the production quality isn’t the best, Huertas’ proof of concept video does demonstrate that a character like White Tiger could exist in the same universe as Daredevil, The Punisher and Luke Cage.

“The White Tiger belongs to Marvel, so I can only take it so far,” Huertas told The Wrap, “but I wanted to at least do a fan film or proof of concept based on my favorite Marvel character and the one I’ve always related to the most.”

“In today’s current political and social climate, it’s not only time for Hollywood to do a character or story like the ‘White Tiger,’ it’s a responsibility.”

Marvel did debut a Latino superhero character on this season of Agents of S.H.I.E.L.D. with the Robbie Reyes version of Ghost Rider. But there are plenty of other possibilities that the studio could explore. (The Miles Morales Spider-Man, for example.) If it’s up to Huertas, maybe White Tiger will be next. Could he becoming to an ABC or Netflix series any time soon as a result of this fan film?