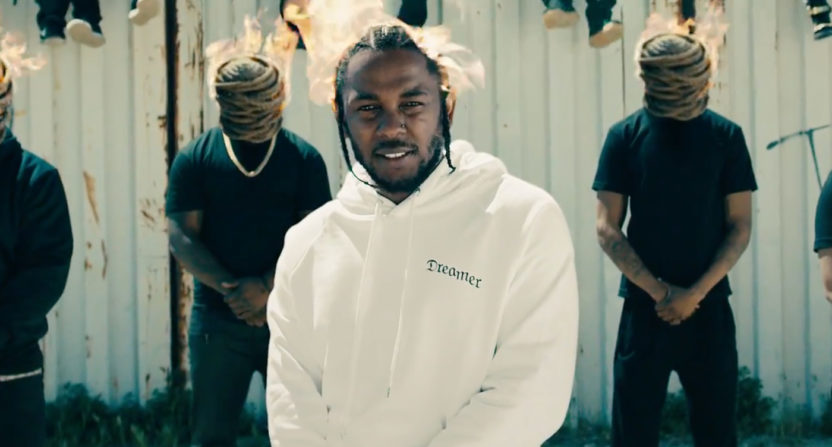 This year featured a vast array of great music in a variety of genres (sometimes on the same album) from artists both established and new, and with breaking news hitting on an almost daily (or hourly) basis in 2017, albums provided a much needed escape at times.

In an exhausting year for everyone, here are 10 albums that helped people recover from the constant madness, sometimes by making it OK to let loose and have some fun, but also by letting you know you’re not alone.

Josh Tillman spends most of Pure Comedy dismantling the concept of pop culture along with the various ways we communicate, deliver, and critique every aspect of the entertainment we consume, including his latest effort as Father John Misty. It seems to have cost him some fans amongst critics and music writers (Tillman spent a lot of time calling out “clickbait” posts this summer), but Pure Comedy is another Nilsson-esque gem that hovers close to being nihilistic.

Originally premiering at the Whitney Museum of American Art in New York City as part of a multimedia piece, saxophonist/composer Kamasi Washington’s Harmony of Difference promotes unity and diversity through a gorgeous combination of jazz and funk. While Washington’s debut, The Epic, may have turned some listeners off due to its length (over three hours), the brevity of Harmony of Difference (just over 30 minutes) makes it a tight, concise message of hope for the future.

8. Hurray for the Riff Raff – The Navigator

Alynda Segarra left the Bronx at 17, traveled the country via trains and hitchhiking, settled in New Orleans, and started Hurray for the Riff Riff in 2007. For the past decade, HFTRR released and performed Americana music while building a following, but The Navigator isn’t your standard Americana record. Segarra tackles her own questions about being Puerto Rican and a runaway while expanding the sound of HFTRR through the enlightened anger of its leader.

It would be very easy to dismiss Drunk as nothing more than a joke album from someone who is playing a goof on his listeners, but Thundercat (Stephen Bruner) is such a musical virtuoso he has constructed a series of beautifully jazzy jams around such absurd topics as being a cat, or being “friend zoned.” Along the way, he’s also found a middle ground to bring your yacht rock loving uncle, and hipster cousin together with some help from Michael McDonald and Kenny Loggins.

Perfume Genius is the creation of Mike Hadreas, and he has once again spent an album baring his soul with beautiful precision. While previous albums have focused on darker topics with songs about drug abuse, violence, and suicide, No Shape is Hadreas on the other side. He may still hate his body (Hadreas has Crohn’s Disease), but he has found love along with some happiness, and he wants everyone to know it.

Traveling through the brain of 23-year-old Archy Marshall is a journey of acid jazz, psychedelica, and loneliness. The OOZ captures this essence better than any of Marshall’s previous work, and the end result is a dark, at times scary, collection of songs that can feel aimless and disorienting, like all hope is lost.

4. Julien Baker – Turn Out the Lights

There are moments throughout Julien Baker’s sophomore album — her voice cracking or a softly sung verse — that will absolutely break you. The openness with which Baker discusses sexuality, religion, and addiction not only in song, but in interviews too, gives her music a rawness rarely seen from someone barely into their twenties. This isn’t an easy album to sit back and enjoy, but it is an impressively confident one that connects emotionally with the listener.

The frank honesty from SZA about the current state of relationships, where a new partner could be a swipe away, fills her debut, Ctrl, with flashes of coolness masked by a fragility not seen in most R&B albums. At times, Ctrl is funny, but the intimacy of SZA’s vocals and lyrics make this one of the best R&B in recent memory.

Melodrama includes all the classic elements of your basic modern pop album; synths, jangling pianos, huge crescendos, and songs about love and loss. But what Lorde and producer Jack Antonoff have created is a danceable break-up record that hides its misery behind a couple of middle fingers and dance hall beats.

After the grand epic that was To Pimp A Butterfly, Kendrick Lamar went back to basics, and strengthened his vice grip as the top MC in music. DAMN is a more personal album, maybe Lamar’s most personal, as he wonders about his place not only in today’s America, but amongst his friend and family while also fighting with his faith. It’s a raw, unfiltered look into the mind of one of today’s best, and most popular, entertainers.