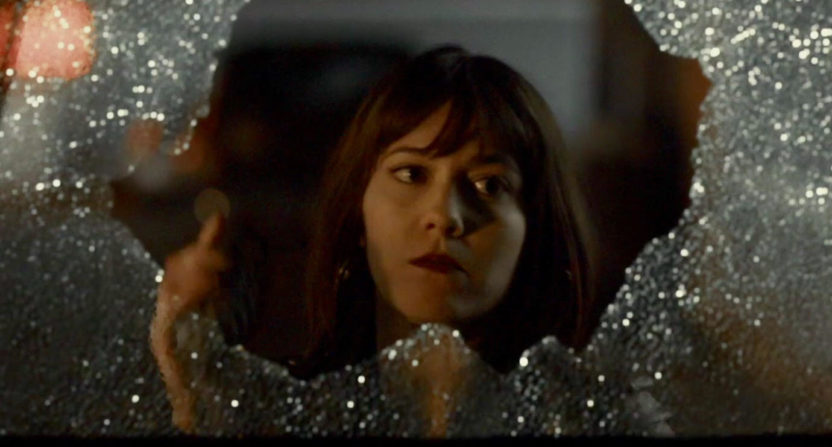 Last week’s trip into the metaphysical, followed by pushing the story nearly three months ahead, seemed to kill the momentum that Fargo was building toward the end of this third season. Just when it looked like we were nearing some kind of resolution, with Varga’s crew trying to take out Nikki Swango before she could tell the police what she might know about Emmit Stussy and Chief (former chief) Gloria Burgle realizing that Nikki was the key to her murder investigation, Sy Feltz went into a coma and took the rest of the series with him into unconsciousness.

But episode nine, “Aporia,” picks up where the previous installment left off: Emmit walked into the new Meeker County Sheriff Station and said he wanted to confess. That breaks the case for Burgle and Co., right? Oh, you knew it wouldn’t be that easy.

Emmit is absolutely ready to talk, all too willing to spill every detail about what happened between him and Ray (going back to their childhood, when Ray was a chubby kid who couldn’t get a girlfriend) on the fateful night when his twin brother was killed by a piece of glass lodging into his neck. This was a life confession for Emmit, admitting that he always treated his brother like dirt. He resented Ray for not being as good-looking and successful as he was, and maybe for getting their father’s coveted red Corvette. Emmit never wanted the 2-cent stamp that was left to him, yet Ray thought he was entitled to it anyway. 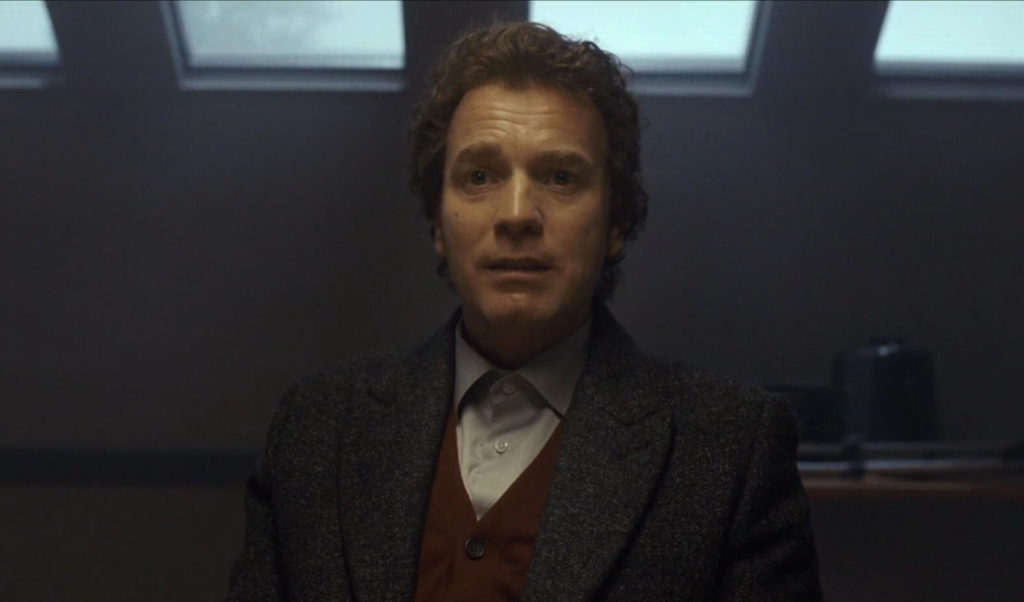 While Emmit’s confession would explain Ray Stussy’s homicide, and probably Ennis Stussy’s murder in connection, and thus close her case, Gloria knows there are bigger fish to pursue and casts a line in the water for V.M. Varga. She realizes Emmit isn’t the one calling the shots here. He’s clearly a man who let something get out of control and is in way over his head. So who put him in that position, to push him to reach beyond what was already a comfortable existence?

Gloria knows it’s Varga, the man whom she encountered in Emmit’s office but wouldn’t reveal his name. But Emmit won’t talk about him, likely afraid for his life. Yet what did he think was going to happen once he confessed to inadvertently killed Ray? He surely thought he would be under the protection of the sheriff’s department.

But Varga is always thinking and scheming. Whether it’s because he worried about Emmit feeling the need to confess (and perhaps coming out of the medicated cloud Varga has had him in) or concerned about the x-factor of Nikki Swango still unaccounted for, Varga had his own plan for neutralizing any confession or evidence that might turn up. (He likely wasn’t worried about Gloria closing in, since Chief Moe Dammack had demoted her into ineffectiveness.) 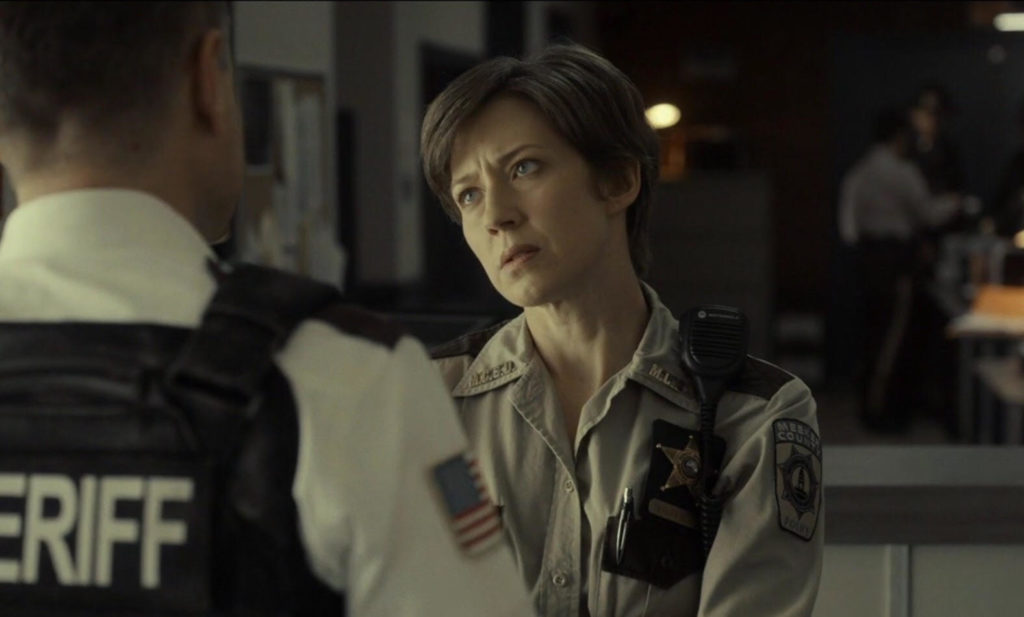 Sending out Meego to kill two other Stussys in the St. Cloud/Eden Valley — killing one with a piece of glass in the neck, and the other by gluing his nose and mouth shut — made it look as if there was some serial killer who had a serious grudge, and a preferred method of operation, against anyone with that last name. So how could Emmit Stussy and Maurice LeFay be the only killers in this case? (Incidentally, it’s never explained why the suspect wouldn’t have gone after a prominent businessman like Emmit. But only a reasonable doubt has to be created.)

Varga has made it all too easy for the police to connect the dots and catch the suspect on the run. (The supposed killer flees the scene in broad daylight, allowing witnesses to get a plate number. And he’s taking his time at a gas station, allowing the cops an easy opportunity to apprehend him.) Dammack is all too willing to hog the glory for taking down a serial killer in a case that appears to be neatly wrapped up. When informed of the developments and the arrest, Gloria knows it’s an attempt at a cover-up. Why would these new killings suddenly take place now, when Emmit is in police custody? But Dammack is Mr. Mash a Potato, You Get Mashed Potatoes, so he goes for the easy answer that’s been handed to him on a plate. Emmit is free to go (with Varga ready to pick him up). The widow Goldfarb, whom Gloria had brought in for some additional questioning, is no longer needed.

Gloria is crushed and seeks solace at a bar with Officer Winnie Lopez, St. Cloud Metro. And apparently, what she really needed was for someone to assure her that she’s a good cop, that she exists. Knowing that someone values her — as a cop, woman, and mother — gives Gloria something. Maybe it rids her of self-doubt. Never has being detected by electronic faucet and soap dispenser sensors been so triumphant and relieving. 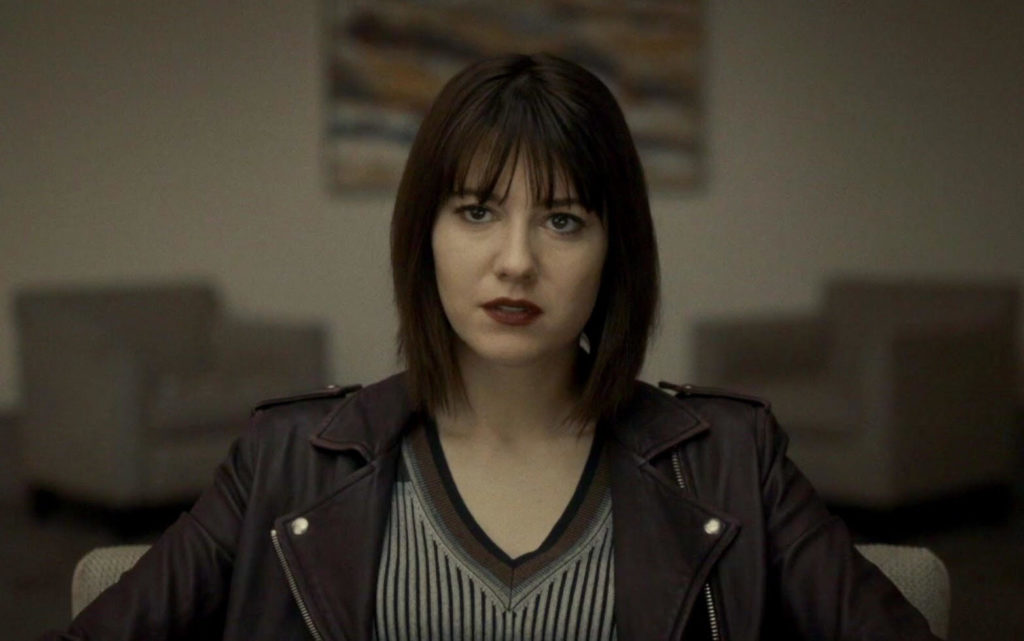 But all might not be lost yet for Gloria in regards to really solving this case. Nikki Swango and her new sidekick Mr. Wrench are still out there. (Swango and Wrench sounds like a series coming to TNT in the fall.) And as Nikki puts it, she wants to hurt Varga. He may have not killed Ray — certainly not directly — but he did make this personal when his thugs beat Nikki up, and especially when he tried to have her killed in jail and on the bus ride to the penitentiary. Varga doesn’t scare Nikki, and that might scare him. All along, Ms. Swango has seemed like she might be the smartest person in this story (questionable taste in fiancés aside). As this season nears its end, it appears that she might be in the position to win after all.

In arguably one of the best scenes of the season, Swango and Wrench hijack Varga’s semi-truck headquarters — fooling Meego into thinking a grenade had been tossed in the cab — and take it to a landfill where they can raid Varga’s paper records and hard drives for key evidence. Nikki then contacts Varga, asks for $2 million in return for the files, and arranges a meeting at a hotel. The hotel has particular meaning for Nikki, as it’s where she and Ray were supposed to compete in the Wildcat Regional bridge tournament that would give them the money they needed to live comfortably.

It briefly looks as if Nikki chose poorly, considering that Varga completely blends in with the other rumpled business travelers carrying briefcases and wearing trenchcoats. Furthermore, Varga has Meego in an adjacent building with a sniper rifle aimed at her. Once she turned over the files, Meego would surely pull the trigger and presumably tie up the last remaining loose end that could jeopardize their operation. But Nikki has her own operative who can do a much better job of protecting her than Ray ever would have. Wrench finds Meego, puts a gun to his head and ends the threat. (How did he leave Meego? That wasn’t revealed. But Wrench doesn’t necessarily seem like the type to knock a guy out and let him become a problem again.)

That leaves us with next week’s season finale. Can Noah Hawley and friends satisfactorily tie this up? If not, many will point to the two episodes this season that almost seemed like throwaways for the story. (Those episodes were still fun to watch because Fargo is done so well, but they didn’t exactly keep moving the story forward.) Will Nikki get some bloody revenge on Varga and maybe exact some retribution on Emmit as well? Or will the bad guys ultimately be taken down by IRS agent Dollard and the big stack of files with a flash drive that was left in his office (presumably by Ms. Swango)? He never did get to work those markers on the Stussy Lots books as he was planning.