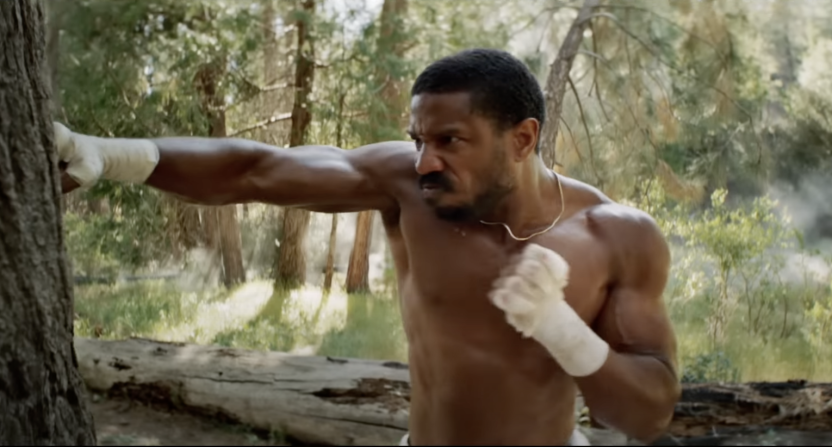 A new year means new movies to look forward to. Here are five films we can’t wait to see in 2023:

Pitting Michael B. Jordan vs. Jonathan Majors is genius casting. Majors first caught our attention in The Last Black Man in San Francisco (2019) and has continued to do terrific work since. He could be in for a huge year, because he’s also in Ant-Man and the Wasp: Quantumania. But this is the role that we’re most eager to see. The best villains are complicated people who are not simply evil for evil’s sake. Jordan told Empire that Majors plays “a grounded character who’s antagonistic by nature, but it comes from an honest place, real emotions. He’s not a moustache-twirling villain.” One interesting note: no Sylvester Stallone, who will not be reprising his role as Rocky. And apparently, he has no plans to see Creed III.

Greta Gerwig is best known as an indie movie darling, as an actor, writer, and director. She’s never felt this kind of box-office pressure, directing a film that’s expected to be a summer blockbuster. She seems to be off to a great start. The visuals for Barbie look fabulous, as well as the leading stars: Margot Robbie and Ryan Gosling. Barbie is a huge brand, and Mattel is putting a lot of faith in Gerwig, who has a reputation for making fearless, quirky movies. If it’s a hit, it will be a boost for the toy company as well as Gerwig. If it fails, even Gerwig has admitted that it could be a ‘career-ender.’ Here’s hoping that Gerwig will deliver something remarkably fresh.

Tom Cruise was Hollywood’s biggest winner of 2022 as Top Gun: Maverick was the highest-grossing film of the year and the biggest hit of his stellar career. At 60, he’s one of the few remaining stars who can put people in theatre seats. Could the latest installment of the Mission: Impossible franchise top Top Gun: Maverick? It’s possible. Dead Reckoning is so epic that they have split it into two movies with the second one coming out in 2024. We keep thinking that Cruise is getting too old for this sh*t, but as long as moviegoers keep paying, he’ll keep making Mission: Impossible flicks. Can’t wait to see him do his own stunts when he’s 80.

2. Killers of the Flower Moon

Despite being nominated for 10 Academy Awards, Martin Scorsese’s The Irishman (2019) was a bloated, low-energy disappointment. His latest project should be an improvement. It’s based on David Grann’s excellent 2017 non-fiction New York Times bestseller: Killers of the Flower Moon: The Osage Murders and the Birth of the FBI. This is a fascinating true story of the oil-rich Osage Native Americans, who were the wealthiest people on the planet per capita. There was a fierce bidding war for the movie rights, and expectations are high. Killers of the Flower Moon is produced by and stars Leonardo DiCaprio. It’s the sixth collaboration between Scorsese and DiCaprio, but the first since The Wolf of Wall Street (2013).

Christopher Nolan seems fundamentally incapable of creating an uninteresting film. He’s one of the few superstar directors with the clout to make just about any project he wants without much pushback. His previous feature, Tenet, had an extremely confusing plot and was hurt domestically by the pandemic. Yet, it still hauled in $365 million worldwide on a $200 million budget. Oppenheimer was made for a more modest $100 million but should be a huge hit given the subject matter (the making of the atomic bomb) and the star-studded cast, which includes Cillian Murphy (as J. Robert Oppenheimer), Emily Blunt, Robert Downey Jr., Matt Damon, Rami Malek, and Florence Pugh. Nolan makes big movies about big ideas, and Oppenheimer seems too big to fail.