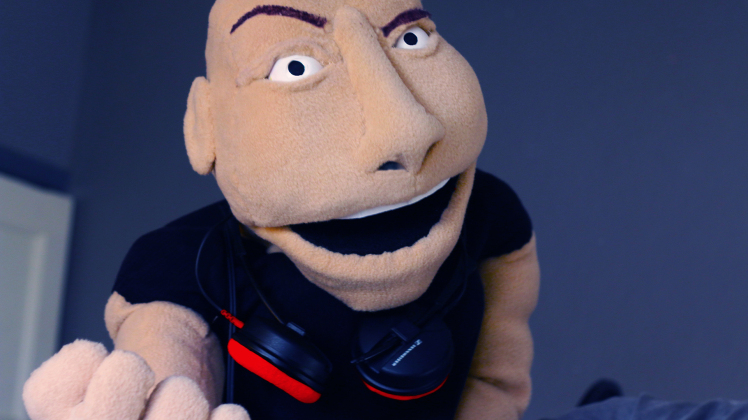 The People’s Rock is a musical that is set to premiere in London this week and will be all about Dwayne “The Rock” Johnson. And from the way it sounds, it looks equally bizarre as it is amazing.

This musical isn’t exactly about Johnson’s time in pro wrestling or even as an actor, the musical is supposed to be set 30 years in the future and be more political than you would think. Described as “1984 meets Hairspray,” this musical is supposed to be about an American teenage girl living in a country led by “Emperor Trumpus.” This girl uses Johnson to gleam a little bit of hope in a society that has “no television, internet or democracy, and everybody has forgotten about the past.”

One of the producers, Emma Shaw, talked to Metro in the UK about her musical and the all-female group who is putting it on.

Shaw explained that the concept of The People’s Rock started as more of a joke than anything. After cracking a few jokes at one of the writers for being obsessed with Johnson, they thought they had a potential show about him. The group itself is an all-women group who are involved in different parts of the entertainment industry who all co-wrote this hour-long musical.

As far as who is playing The Rock, that role is going to a puppet. While the other characters will be played by people, “The Fairy RockMother” as he is called in the musical, will be in the mind of the main character as nobody believes her that Dwayne Johnson actually existed.

Shaw describes that intent of the musical is to talk about the current issues of the world but have it be “depressing” or a play that contains a “heavy handed” message. I’m not sure that’s possible given the subject matter but it looks like a creative attempt at discussing current events. And having The Rock as a puppet makes anything better. While Johnson isn’t taking part in this musical and cannot attend, he tweeted his support and wished them luck.

Ah a musical inspired by yours truly. Cool.. who’s hitting the high notes? ?
Read the premiere. Entertaining, with a strong 18yr old female voice. I love it!
Break a leg and I’m there in spirit! #ThePeoplesRock @VAULTFestival https://t.co/9oRp6ULqIU