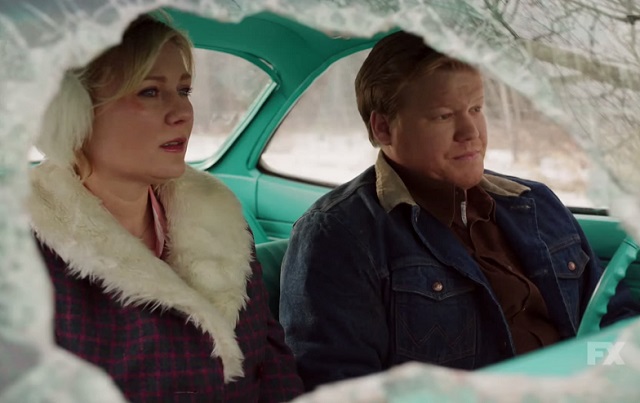 [If you haven’t watched the season two finale of FX’s Fargo, this post has some spoilers. Consider this your warning.]

It seemed entirely appropriate for the season two finale of FX’s Fargo to begin with an overview of the many characters who have been killed during the previous nine episodes. (Covering the many, many people who have died would surely have taken more time than an opening sequence allows, though we’re going to be tallying those casualties for you here at The Comeback.)

This “true story” that took place in Minnesota, North Dakota and South Dakota in 1979 was a bloody affair, one that understandably stays with state trooper Lou Solverson (Patrick Wilson) nearly 30 years later, as his older self (played by Keith Carradine) referenced in season one. Who wouldn’t want to run a diner in Bemidji, Minn. after that? (Though we know that being shot during a routine traffic stop caused Solverson to hang up his badge and holster.)

That would be the easy comparison to make between the two seasons of Noah Hawley’s fantastic series. The stakes seemed higher, the scope was wider and the wave of death seemed nearly relentless, engulfing both those involved and the many poor innocents who encountered the onslaught at precisely the wrong time. Of course, several of the main players who met grisly ends did so aspiring for more, whether for greed or affirmation, and trying to reach beyond their limits.

Why is Ronald Reagan (Bruce Campbell) a part of this story, besides his role in the time period? Reagan made us believe that we as a country were meant for grander things, the proverbial “shining city on the hill.” It didn’t matter that he didn’t really tell us how we’d get there (and his stump speech falls apart when Solverson questions it). What mattered is he said what people wanted to hear. 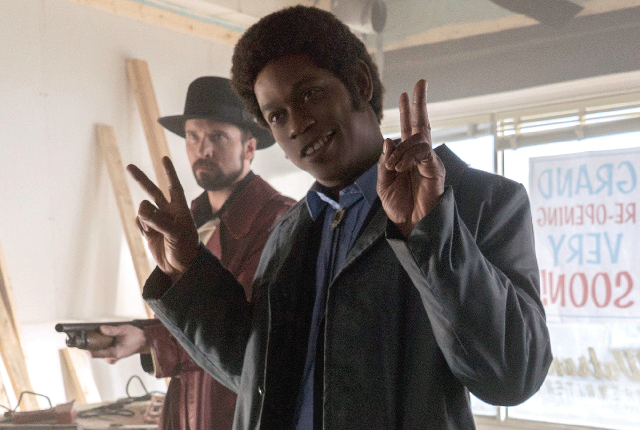 Season two begins with Rye Gerhardt (Kieran Culkin) wanting to break free from his small-town crime family and fulfill his own ambitions of being a big-time gangster. Peggy Blomquist (Kirsten Dunst) believes she’s destined for more than being a hairdresser, wife and mother. Mike Milligan (Bokeem Woodbine) is working his way up the mafia chain, eyeing an eventual kingdom of his own. And as we find out in the last two episodes of season two, Hanzee Dent (Zahn McClarnon) — who turns out to be the most important player in this drama — harbors his own ambitions of a different life beyond being the main henchman of the Gerhardt family.

Yet those perhaps naive enough to believe the status quo was the ideal also end up learning terrible lessons. Ed Blomquist (Jesse Plemons) was perfectly happy with the life he was living. Yes, he wanted more, but his ambitions were much simpler. He yearned to buy the butcher shop where he worked and start a family with Peggy. Floyd Gerhardt (Jean Smart) intended to hold on to the small empire built by her husband and bristled at being viewed as a pushover by the larger Kansas City crime syndicate.

Maybe Solverson and his father-in-law, Rock County sheriff Hank Larsson (Ted Danson), are also guilty of believing that they can live relatively normal lives as law enforcement in the upper Midwest. Deal with traffic stops, burglaries, bar fights, maybe some domestic violence or general civil disobedience, put in a day’s work and go home to their families, almost like it’s any other job.

But once Peggy Blomquist hits Rye Gerhardt with her car, and the turf war between Kansas City and the Gerhardts begins to involve multiple towns, counties and states, Solverson and all of the other police in the area are pulled into something much larger than they’ve ever encountered before. Aw, geez — Hon, I’m definitely going to be home late tonight.

Oh, and just in case everyone here gets grandiose ideas of their place in the world and how much they’re entitled to, otherworldly forces announce their presence to make it clear that we are not alone. The UFO subplot (sub-subplot?) is easily the weirdest, most quirky thing about Fargo‘s season two — seemingly included because there were reports and rumors of such sightings in the region at the time — yet it actually fits, albeit strangely, into the larger themes presented by Hawley and his team of writers. 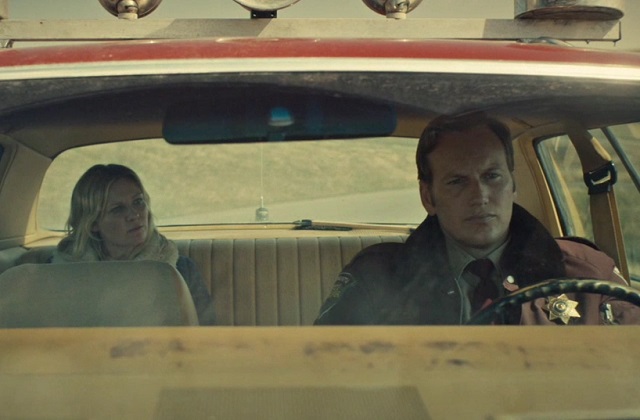 The finale ends on what appears to be a happy note — and for some, that might seem unfulfilling. (But even if you think Milligan deserved a worse fate, being trapped in that prison-sized office doing what amounts to corporate paper-pushing is hell for him.) Yet if you’ve been watching this series from the very beginning, you know that apparent happiness is tinged with bittersweet notes.

Besides the emotional scars Solverson bears from this entire crisis (adding to what he already carries from the Vietnam War), his wife, Betsy (a wonderful Cristin Milioti), eventually loses her battle with cancer. Yet she gets a glimpse of her husband and daughter in the future, which gives her hope. (That flash-forward also reunites us with Carradine, Joey King, Colin Hanks and Alison Tolman from season one, which had to bring a smile to everyone who has come to love this show.)

What made the finale, its closing moments and the overall season two of Fargo so satisfying is that Hawley creates fully realized characters that make you care about them. Even if you think villains like Milligan or Hanzee are repugnant because of their actions, their motivations are clear and relatable. And maybe there are heroes in this story, but Hawley doesn’t seem particularly interested in the typical hero’s journey. Solverson doesn’t exactly save the day. He’s essentially the last man standing, and got there without compromising who he was.

Playing those characters and acting out Hawley’s scripts brings out the best work from everyone involved. Have you seen better performances from Dunst or Wilson. Smart and Jeffrey Donovan should be getting more calls after this too. Woodbine essentially redefined his career, and hopefully we’ll see more from him in the very near future. The same applies to McClarnon.

Fargo‘s anthology format means that we may not see most of these characters that we enjoyed ever again. (Of course, many of them died, so unless Hawley wants to go further back into the past, their stories are finished.) But we know that season three will take place after season one, so it’s possible that there will be references and callbacks to previous seasons, as we saw this time around. (I’m asking right now for more Molly Solverson.)

But the exciting part is that we’ll meet an entire new ensemble of people with whom to engage. And even if Hawley explores similar themes, such as innocents suddenly turned sinister or ambitions leading to downfalls, he’ll likely present them in a package that feels entirely new and vital. Is there a better show than Fargo on TV right now? It sure as hell doesn’t feel like it. The next 10 episodes can’t arrive soon enough.

[UPDATE: In a conference call with reporters, Hawley said a third season of Fargo likely won’t air until 2017.]