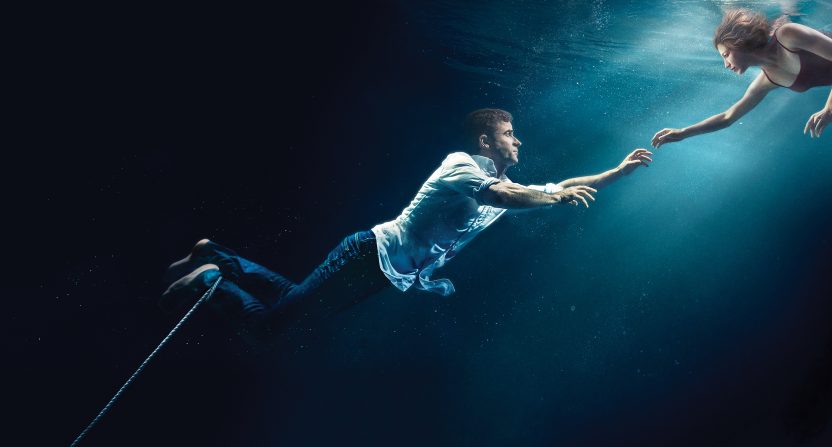 Music scores in TV hold the extraordinary ability to enhance a scene by providing undertones of levity, sadness, excitement or other stirring emotions. Lending itself to what’s being said or shown, music can add to a scene’s physical meaning or even take it in an unintended direction. In HBO’s The Leftovers, Max Richter’s “The Departure” is perhaps the most personal, beautiful music on television.

Composed solely on a piano, “The Departure” features arpeggiated notes, each packing a surprising amount of punch. The Leftovers needs the wallop, as it tells the stories of unfixably broken families who saw loved ones disappear at random when two percent of the world’s population vanishes without reason. Richter’s score amplifies their struggles to continue living and move on.

The first time a composition of the arrangement is heard is in the opening scene of The Leftovers‘ pilot episode. After the departure is triggered, a fast, building version of “The Departure” is used as a backdrop against the pending chaos of loved ones suddenly vanishing. As the piano builds and loudens, the more dramatic the scene becomes. As the notes inflect and expand, the music is perfectly paired with the drama as it increases.

But what makes “The Departure” so impactful is its versatility.

In season one’s penultimate episode, “The Garveys at Their Best,” Richter slows down the piece. In a scene featuring no dialogue, the music captures the heartbreaking confusion of the lead characters as it’s revealed how the departure affected them. Their struggles and disorientation are heard in each note.

In the season two finale, “The Departure” is used in an even more gradual approach. The lullaby version is significantly slower, allowing the emotional moments onscreen to breathe under the weight of the admittedly heavy music. The scene is a rare moment of the Garveys finding peace knowing each other is safe as chaos erupts in the town of Miracle. Against all odds, the Garveys have found one another.

Technically, it’s the same composition. However, slowing it down carries a brand new meaning. It’s brilliant work to recycle a poignant piece and arrange it to reflect what’s occurring in the story and on screen.

When asked by IndieWire on what drew him to smaller, more intimate scoring on The Leftovers, Richter admitted he wanted to make the music as personal as possible.

“Well, I there were two basic things really. The first is that these are very emotional and intimate stories, to do with the personal impact of the departure on those characters and on those people, the Garvey family for example, but on everyone really. That’s the motor that drives the story. So for that, I’ve done quite intimate, small-scale music that sort of feels like it’s really about their feelings.”

Mission accomplished. I damn near cry every time “The Departure” plays.

When Max Richter’s score starts playing in The Leftovers pic.twitter.com/9mbi6b9vLX

Richter’s other works on the show have their place in the upper-echelon of TV scoring, but “The Departure” is the cream of the crop.

The composer is no stranger to making the bleak, depressed torture of losing someone into a simultaneously beautiful, breathtakingly haunting moment. Take, for example, his work on the Arrival soundtrack. “On The Nature of Daylight” uses a simple string-based orchestra to examine what’s really happening to the lead character, Louise. The music is so effective, it’s used to both open and close the movie. It’s designed to tug at you and elicit a tear-filled reaction. It also makes the film’s twist more impactful.

The composition isn’t as simple as Richter’s Leftovers score, but its effect is the same.

Good music can turn a good show into a great one. While co-creators Damon Lindelof and Tom Perrotta deserve the bulk of praise for making such a damn heartbreaking viewing experience, Richter deserves kudos for elevating The Leftovers into such a beautifully composed show. It’s a treat to listen to Richter’s work each episode — even if it always hits you right in the feels.