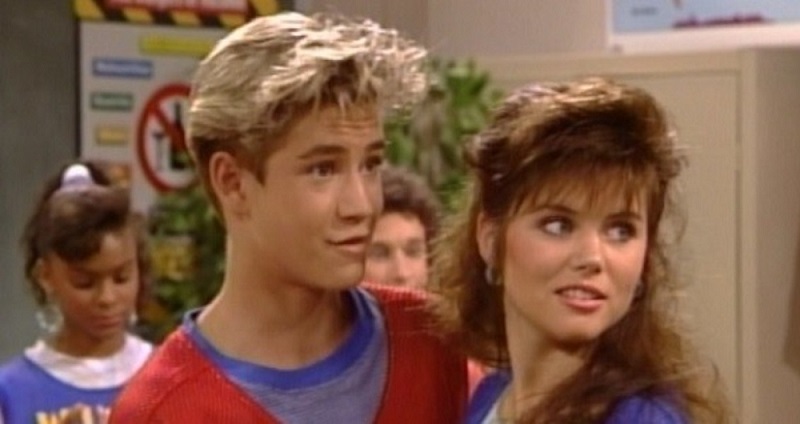 Mark-Paul Gosselaar will return as Zack Morris for three episodes of the Saved by the Bell revival on the upcoming NBC streaming service Peacock (launches in April), according to The Hollywood Reporter.

Mark-Paul Gosselaar has closed a deal to return for streamer Peacock’s forthcoming Saved by the Bell revival. The actor, currently a series regular on ABC’s Black-ish spinoff Mixed-ish, will reprise his “Preppy” role as the former king of Bayside High. Sources tell The Hollywood Reporter that Gosselaar will appear in three episodes and also be credited as an executive producer.

The Hollywood Reporter adds that Tiffani-Amber Thiessen is “in talks” to return as Kelly Kapowski “in some capacity” as well (it’s Kelly Kapowski-Morris last we knew; Kelly and Zack got married in a Las Vegas-based television movie to end the series).

Those same sources say producers Universal Television are also in talks with former star Tiffani-Amber Thiessen, who played Kelly, to return in some capacity. Peacock, the upcoming streamer from NBCUniversal, and Universal TV declined comment.

I’M SO EXCITED…. here we gooooo!!! @mariolopez…. are you ready for grownup Jessie?!💃🏼 SWIPE for more pics…. Jessie and Slater are back for more fun. We are thrilled to have Emmy winning 30Rock writer @TraceyWigfield bring the sequel to life on NBC/Universal.🙋🏼‍♀️🥳✨❤️#friendsforever #history #mama #bubba #teen #love #tv #10episodes #sbtb #putyourmindtoitgoforit #imsoexcited

There’s no sign of Dustin Diamond (Screech) in the reboot talks, and it may be better off that way for everyone after he wrote a scandalous tell-all book about the show/cast in 2009.

The synopsis of the reboot sounds beautifully preposterous and would definitely get a “Hey, hey, hey- what is going on here?” from Mr. Belding (whose reboot status also appears to be unknown):

… the single-camera comedy that explores what happens when Zack, now the governor of California, gets into hot water for closing too many low-income high schools and proposes the affected students be sent to the highest-performing schools in the state — including Bayside High.

While Zack slacked off more than anyone at Bayside High as a student, he did show off his intelligence with a 1502 on the SAT and went on to college at (the fictional) Cal U in Saved by the Bell: The College Years. So maybe Zack becoming the governor of California isn’t *too* crazy (okay, it probably still is).