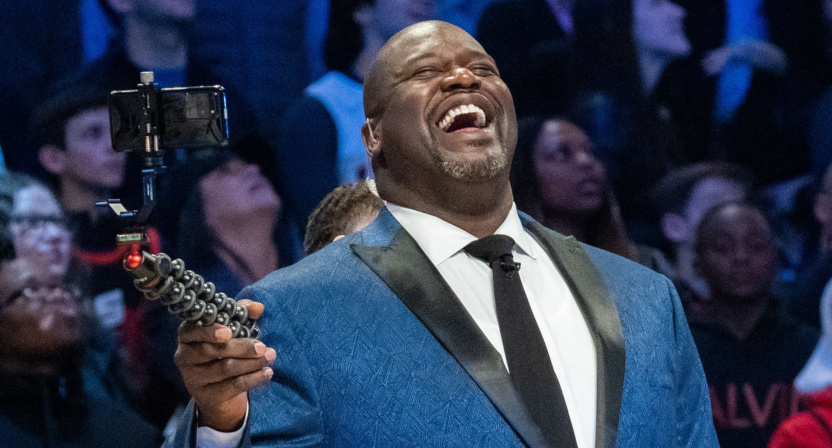 Maroon 5 frontman Adam Levine has had a rough couple of weeks after being exposed for awkwardly flirtatious direct messages on Instagram and repeated infidelity. The memes have almost written themselves by this point.

Levine’s actions may have disappointed his pregnant wife, Behati Prinsloo, but he can rest easy knowing he has the support of one of the biggest names in sports: five-time NBA champion and current Turner Sports NBA analyst Shaquille O’Neal.

Levine and his wife are in Las Vegas this weekend, with Maroon 5 set to perform at “The Event,” the Shaquille O’Neal Foundation’s annual fundraiser. This will be Levine’s first performance since the scandal made international news.

Ahead of the event, the oft-quoted O’Neal revealed that he still has a deep respect for Levine despite the singer’s infidelity.

According to TMZ Sports, O’Neal (seen above laughing at an event at NBA All-Star Saturday Night in 2020) says “the only thing that matters is having Adam and Maroon 5 [in Las Vegas] to help raise money. The way Shaq sees it … he’s not in a position to cast judgment on Adam.”

TMZ reported O’Neal was “confident” that Levine would “weather the storm,” and told the outlet that Levine has “always been a good guy in [my] book.”

The Event will be hosted at the MGM Grand in Las Vegas on Saturday, Oct. 1st.