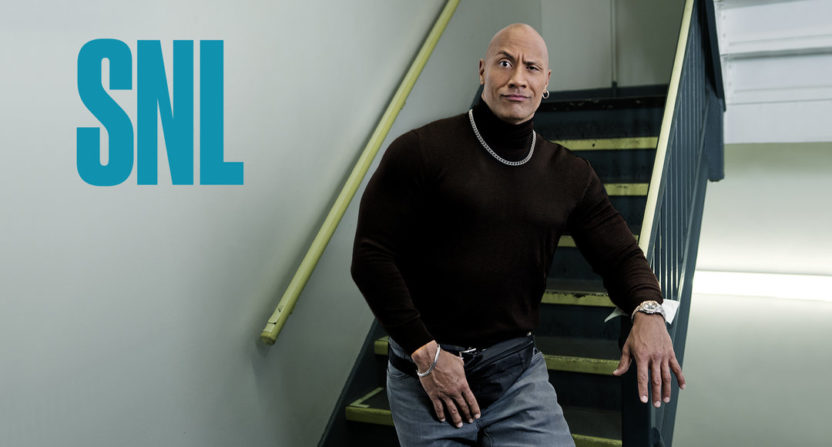 To say that season 42 of Saturday Night Live has been historic would be somewhat of an understatement. Helped by a season-long commitment by Alec Baldwin to portray President Trump, SNL had its best season, ratings-wise, in over 20 years, and reclaimed its place in the American political satire conversation after being away for most of the past decade.

Of course, this season hasn’t been free of issues. Starting last season with Larry David’s Bernie Sanders, and continuing with Baldwin and Melissa McCarthy as Sean Spicer this season, most of the big moments the past two seasons don’t belong to members of the cast, but to the celebrity outsiders who have taken big opportunities away from people in the cast.

Kate McKinnon, who won an Emmy for her work on SNL last season, was supposed to have a huge season as President Hillary Clinton, but even she was relegated to backup status as Baldwin and McCarthy took over the show. The celebrity appearances have led to big ratings, headlines, and tweetstorms from Trump, but they’ve left the rest of SNL a bit stale, something that became more and more noticeable as the season progressed. The craziness of the current administration makes ignoring it an impossibility, but SNL will need to find that balance in the future, or as long as Trump is still in the White House.

Stale is not a word that anyone would use to describe season finale host, and the newest member of the Five-Timers Club, Dwayne Johnson. Since Johnson first-hosted as “The Rock” 17 years ago, he has become one of the biggest action stars in the world, and one of SNL’s most reliable hosts. Johnson did not disappoint in his fifth appearance, and the show ended the season on a high note as it said goodbye to long-time cast members, Vanessa Bayer and Bobby Moynihan.

One of the more poignant moments from this season was Kate McKinnon as Hillary Clinton opening the first post-election episode with a rendition of Leonard Cohen’s “Hallelujah.” McKinnon was visibly emotional as she sang and later addressed the audience as Clinton, so seeing Alec Baldwin as Trump joined by several cast members and Scarlett Johansson as their Trump administration counterparts singing the Cohen classic was an odd offering for the final cold open of the season.

Making this an even more unconventional choice is the possibility that it could be Baldwin’s final appearance as Trump. He has continued to discuss the likelihood of him leaving the character at the end of the season, and tweeted out a photo on Saturday with the message “One more time…” We’ll have to wait to find out if Baldwin meant for the season, or if this was his last time wearing the Trump wig.

Koko Watchout (Johnson) and Trashyard Mutt (Bobby Moynihan) returned to cut promos for their upcoming match at Wrestlemania and once again, Koko gets a little too personal while trying to build-up his rivalry with Trashyard Mutt. Of course, Johnson knows a thing or two about cutting a good promo, but it’s his over-the-top delivery and Moynihan’s reactions that make this sketch hilarious.

Every cast member, Johnson, and Katy Perry all make an appearance in this rap video with too many MCs, but the return of Tom Hanks as David S. Pumpkins (aka Pimpkins) was the highlight. Pumpkins was the breakout (non-political) character of the season, becoming a hot Halloween costume and an internet sensation after one appearance, but we’ll have to wait until next season to see if Pumpkins will return.

This week, it was officially announced that Bobby Moynihan would be leaving SNL after this season to star in the CBS sitcom Me, Myself, and I, and on Saturday news broke that after seven seasons Vanessa Bayer would also be exiting the show. Weekend Update took the opportunity to hand the spotlight to both with Bayer returning as nervous meteorologist Dawn Lazarus and Moynihan bringing back his most popular character, Drunk Uncle, for his usual hate-filled, belligerent ranting.

Moynihan and Bayer appeared in virtually every sketch outside of the cold open in their last episode, and ended their run at SNL as two high school seniors who recap their final year in school by using pop culture references to point out how bad the roast beef is in the cafeteria.

[UPDATE: After there were rumblings during the show that a third cast member would be leaving the show, several outlets — including Vanity Fair — reported that Sasheer Zamata was also moving on. She had been with the cast for three-and-a-half seasons.]

** Baldwin presented Johnson with his Five-Timers Club jacket, and they were joined onstage by Hanks who agreed to join Johnson as his running mate for the 2020 presidential election. Public Polling Policy released a poll last week that shows the president behind Johnson in a potential 2020 election.