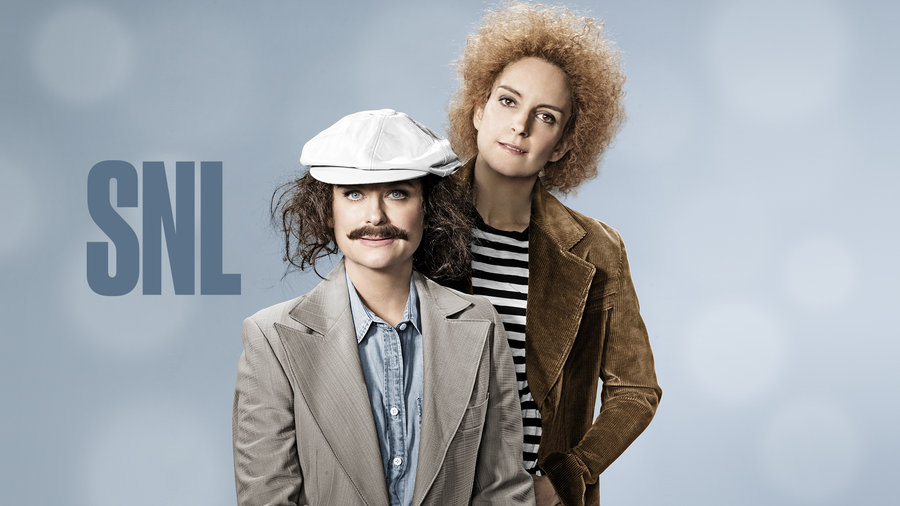 Tina Fey and Amy Poehler did exactly what everyone expected them to when they hosted the latest episode of Saturday Night Live. They did a Hillary Clinton and Sarah Palin sketch, they showed up on Weekend Update, and they were funny. It might not have been the funniest episode of the season so far, but this was a nice way for the show to continue its current run of good to very good episodes as it heads to the holiday break.

To be fair, my expectations for this episode were probably way higher than they needed to be, so for fans of Fey and Poehler from outside the realm of SNL, this was most likely a very enjoyable episode. I just wanted so much more from two people I consider to be among the funniest people on the planet, and two of the greatest people to ever work at SNL, but that’s just me.

When someone I like from either previously being a cast member, host, or just someone whose work I enjoy outside of SNL hosts the show, my expectations skyrocket. Do they venture towards unreasonable? Probably. Am I usually disappointed? Sometimes. This is one of those episodes. It’s funny, and very funny in places, but not the comedic whirlwind I was hoping for from Fey and Poehler on their return to SNL as a duo.

Cold Open: Republican Debate
On the night the Democrats held their third debate (who holds a presidential debate on a Saturday?) in New Hampshire, SNL spoofed the most recent Republican debate from Las Vegas. We had the usual bluster from Donald Trump (Darrell Hammond), an “enraged” Dr. Ben Carson (Jay Pharoah), and one of my favorites, the bombastic governor of New Jersey Chris Christie (Bobby Moynihan). New this time was Jeb! Bush (Beck Bennett), performed as a weak and whiny candidate perpetually picked on by Trump.

Hammond appeared this time around as Trump, while Taran Killam was Senator Ted Cruz. With these two leading the current Republican polls, we will most likely see Hammond as Trump when both candidates are appearing in sketches and not a stand-in, a la David Spade (with pre-taped Dana Carvey segments) as Ross Perot during the 1992 election.

Best Sketch: Meet Your Second Wife
Skewering the old man, younger wife dynamic, this sketch is one of the best of the season as contestants meet their FUTURE second wives, who get younger and younger until one is a fetus, while their current wives sit in the studio audience. Keep an eye out for a “breaking” Leslie Jones sitting behind Aidy Bryant when Bryant learns her character will die in a kayaking accident.

This sketch had some technical difficulties with the audio that had Darrell Hammond’s host intro playing instead of the voiceover for the sketch. It was edited out before the sketch was posted online.

Second Best Sketch: A Hillary Christmas
You knew they were going to do something with Hillary Clinton since she is currently the front-runner for the Democratic presidential nomination. I always liked Poehler’s Clinton, and Fey’s Palin is an all-time classic, so it would be hard for a sketch featuring the both of them not to work.

Weekend Update Moment: Someone’s Mom, Deenie
During a Weekend Update that ended with Fey and Poehler reading the last jokes of 2015, it was Kate McKinnon as Deenie, somebody’s mom who watches soap operas and eats baked salmon, who was the highlight of the segment. Colin Jost and Michael Che also did not feature a longer form joke like they have been in previous episodes. Hopefully, that longform joke returns because it was quickly becoming a nice feature of every episode.

A Holiday Treat From Bruce Springsteen: “Santa Claus is Coming to Town”
Earlier in the day on Saturday, I tweeted out my hope that Springsteen would play this song while Fey and Poehler danced like Courteney Cox in the “Dancing in the Dark” video, and it almost came true! I guess Paul McCartney bounding on stage with bells to sing along was OK too.

Other Notes:
Pete Davidson, who seems to have deleted his Twitter account, has tweeted semi-regularly about his hoverboard, so it was only a matter of time before a hoverboard sketch appeared on SNL.

Kenan Thompson’s Gerard, a director for five seasons on The Jeffersons, was able to get Poehler to dance the “George Jefferson.” He appeared last season during the Chris Hemsworth episode.

“Bronx Beat” with Poehler and Maya Rudolph returned for the ninth time.

Amy Schumer, Gayle King, and Robert Downey Sr. all appeared in the “Tina & Amy’s Dope Squad” sketch. This sketch had a lot of potential, but just didn’t seem to click.