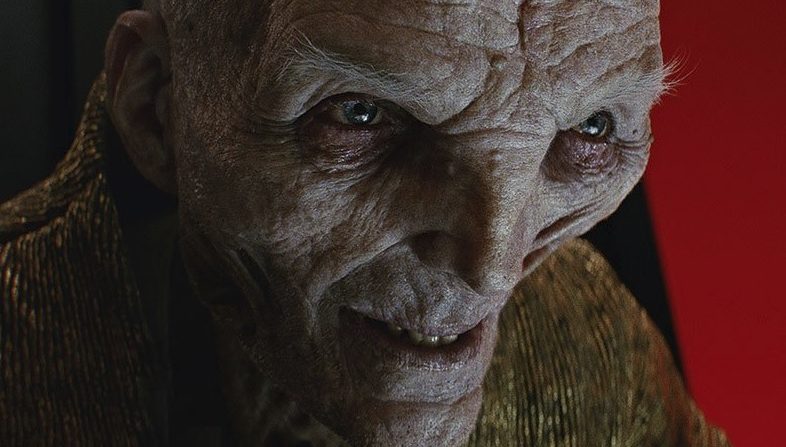 Regardless of what rating you give The Last Jedi, most have been able to admit that the film has some beautiful, iconic moments that deserve to be praised as some of the best in all of the Star Wars universe. At the same time, the film has its fair share of missteps that feel so out of place that they deserve to be placed in the same category as Jar Jar Binks.

Here’s a look at some of the best and worst scenes from The Last Jedi.

Seriously, turn back now if you haven’t seen the latest film. 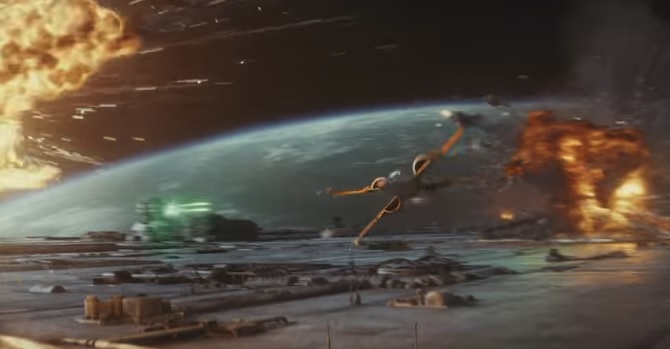 This scene does have elements of a usual cliche (unknown character does something crazy heroic at the last possible second), but the overall cinematography of the scene is outstanding. The slow movement of the bombers juxtaposed with the speedy X-wings and TIE fighters is a tense, exhilarating scene to watch. All of the explosions (try to overlook the explosions in space topic) looked incredible.

The bombing run and Poe Dameron’s decision to ignore orders felt like a heavy decision that would have major consequences. Unfortunately, The Last Jedi mostly gave up on that angle, but for a brief second it felt like casualties to non-characters actually had some long-term fallout.

Leia using the Force isn’t bad. It’s actually awesome that the Star Wars universe decided that, yes, she can harness the Force like the rest of her family. But how they decided to show that she can use the Force was extremely awkward.

It would’ve made a lot of sense to have Leia pass away in this film given Carrie Fisher’s passing in real life. Having that moment come with her being blown out of her ship’s bridge may not be the proper goodbye (more on this later), but watching her wake up, covered in ice, floating back to the ship was almost comical in all of the wrong ways.

Why not have her connect with Luke or Rey to show off her Force strength? There were so many other ways this could have been handled. 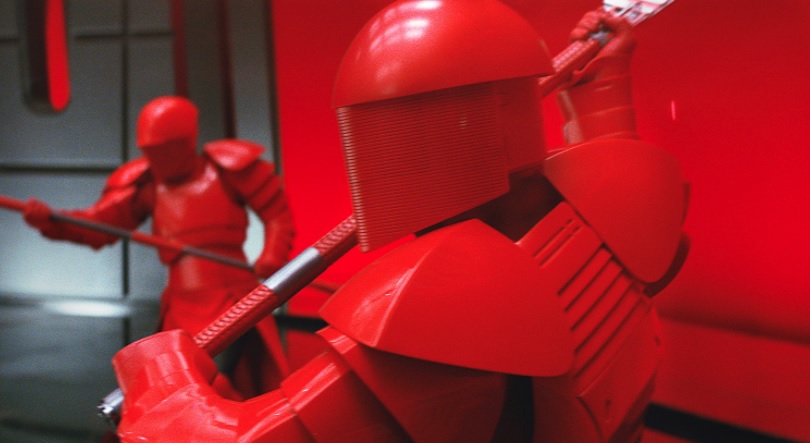 Some fans were expecting (and rooting for) a twist that saw Rey and Kylo either team up or turn to opposite sides of the Force. The movie strongly suggested Rey may turn evil and Kylo could turn good, but instead the two exited Episode 8 with their previous roles intact.

This is the kind of scene that is, in my opinion, Star Wars.

So who the hell was Snoke? The Force Awakens introduced this character who was clearly powerful and had a huge amount of pull in the Star Wars universe. The Last Jedi took him out in a fun scene but in doing so, they left lots and lots of questions unanswered.

His death, which was at least unique, closed the door on a character fans were just starting to try and figure out. Without him in the mix, and without a proper explanation of who/what he was, the story becomes a bit more linear. No one wanted another Emperor situation but at the very least, it might make sense to keep him around just so fans could understand why he’s important.

It’s so frustrating that The Last Jedi introduced and developed characters only to waste them or kill them off. Looking at you, Captain Phasma. 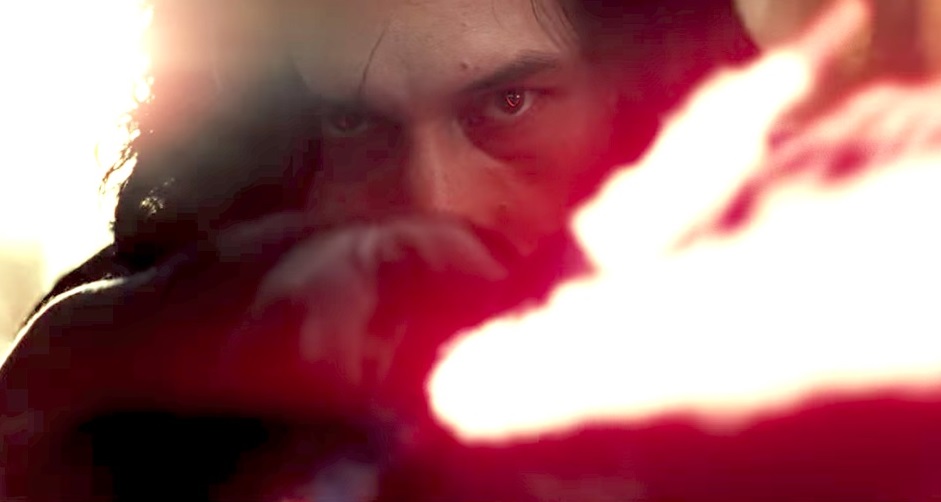 Some may want to throw the Luke vs. Kylo encounter into the worst column because fans didn’t get to see a true lightsaber/Force battle. While that is disappointing, the actual Luke-Kylo encounter is memorable in all of the right ways.

The visuals here, once again, are the star. The art direction and cinematography in this movie are incredible. The salt and red dirt (shoutout to Sargent Salty for letting us all know it’s salt) moving under Kylo’s feet, but not under Luke’s was a great hint that Luke wasn’t really there.

The Luke/Kylo/Rey story was fascinating and gripping each time The Last Jedi was focused on them.

Talk about disappointing. In many movies, there’s an A plot and a B plot. The B plot fills time while the A plot involving the main characters develops. The Finn/Rose plot should be labeled a C or D plot. It was that unnecessary.

Many of the scenes in The Last Jedi involving Finn could have been cut/eliminated through simple communication. Vice Admiral Holdo explaining her plan would have prevented the whole Finn story arc that resulted in the deaths of hundreds (thousands?) of Resistance fighters. That’s one of the most frustrating aspects of the movie. Characters acted needlessly. The whole arc with Finn, including Rose and their journey through the casino, interaction with horse-type animals and eventual meet up with DJ (Benicio Del Toro) were pointless.

Finn was a fun and interesting character in The Force Awakens. How is it there’s nothing for him to do here? 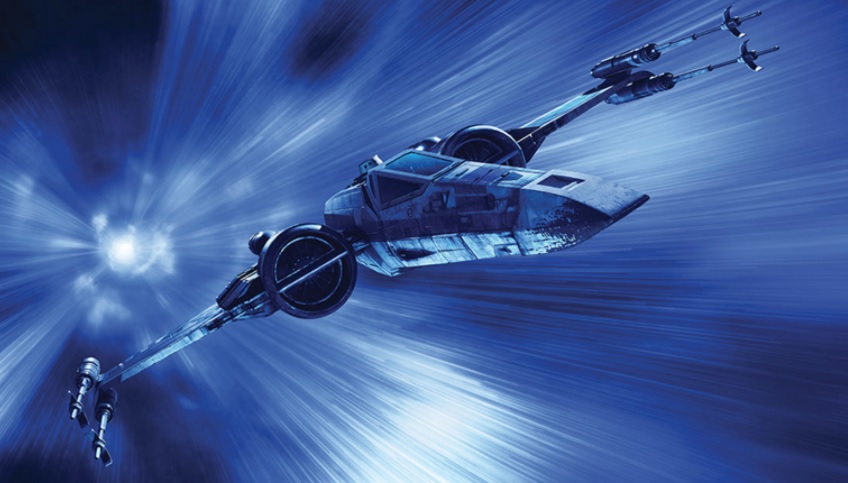 How has no one thought to attack through hyperspace before? Why not set up an automated ship that can shred opposing ships by hitting lightspeed and blazing through hyperspace? Logistics aside, the scene in which Holdo takes down a First Order ship was shocking.

The visual and the sound (silence) of Holdo’s final act might be one of the best and most powerful scenes in Star Wars history. Moments like these helped forgive some of the more awkward, strange decisions in The Last Jedi.

As awesome as this scene was, it may have been more appropriate to have Leia be the one at the helm. Holdo is a new character who the audience knows nothing about. Why not have Leia go out in an iconic moment? Adding in that emotional angle and having Leia’s final act save the final remnants of the Rebellion seemed like the perfect conclusion.

Apparently, green milk is now a thing and it comes from a rather awkward four-teated animal we assume was inspired by the movie Total Recall. Learning how Luke has survived on an isolated island is a fun idea and worthwhile concept to explore, but him milking that thing and the rather graphic nature of the animal left many in my theater looking at one another with confused reactions.

This scene felt like something out of a bizarro Phantom Menace, not the eighth installment of a franchise that’s been attempting to take itself more seriously. 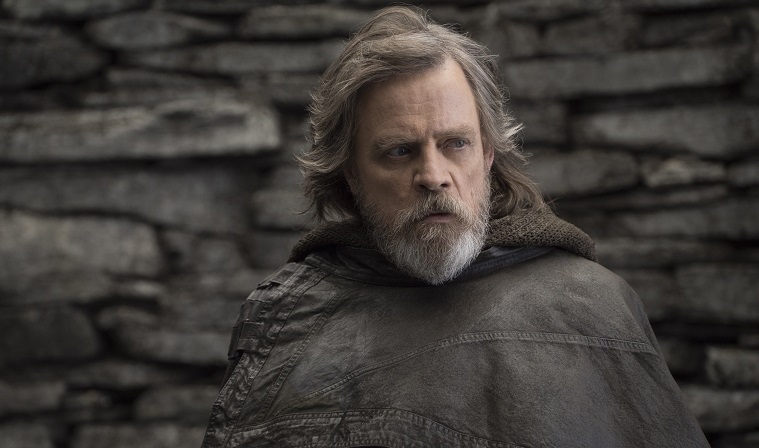 The ending to The Last Jedi was intriguing. Luke bowed out of the series, the Rebellion (what’s left of them) are trying to figure out what’s next and the Force is revealed to be in more than just the main characters, including a young stable boy. This felt like it should have been the ending to the ninth and reported final movie of the current story arc. Luke’s death and the indication that the Force lives on in others is a great ending, particularly with the broom boy holding up his pretend lightsaber at the end of the film. It felt final and conclusive, leading many to wonder what possible direction the next movie could take.

Luke’s ending is pretty perfect. His “death” isn’t so much a death as it was reaching total balance and peace with the Force. Seeing Luke fade away, watching a horizon with two suns, is a fitting conclusion to a series that started out with a young Luke watching the suns on Tatooine. Bookending Luke’s story in that manner was an outstanding decision.

But where do we go from here? The Rebellion has been reduced to a tiny group so small that a jump through time seems to be a highly likely scenario for the next film. The Rebellion has always been about overcoming huge odds, but their group of 20ish is no match for the First Order. A time jump would also help explain the absence of Leia moving forward.