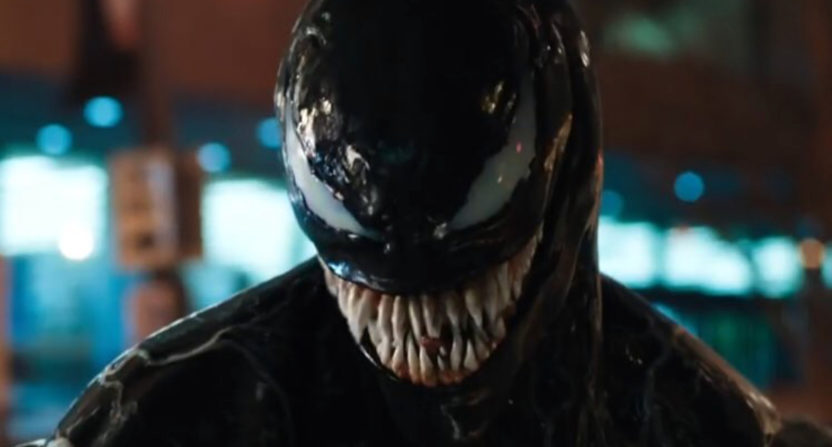 Fans anticipating a Venom movie finally got the trailer they were waiting for late Monday night. The popular Marvel Comics anti-hero — with its long, sharp teeth, snake-like tongue and over-muscled physique — was finally shown in nearly full view.

How hard was that, Sony? Don’t release a teaser for an effects-driven comic book adaptation if the digital goodies aren’t ready to show yet. That only created a bad perception of the movie. But this new trailer might salvage some anticipation and excitement.

The first trailer for Venom, released nearly three months ago, immediately drew criticism for, well, a lack of Venom. It was every bit a teaser, and really tested the goodwill of fans. Those watching the preview many times and hitting pause at the right moment could see a hint of the tar-like symbiote creeping up Tom Hardy’s neck at the very end. That slight glimpse was a very small reward for hardcore dedication and maybe a bit of wishful thinking.

Not showing the title character — an extremely popular Spider-Man villain who eventually took a slight hero turn during the 1990s — only added to the skepticism surrounding this project to begin with. Could there even be a Venom movie without Spider-Man? (The character’s first appearance was in 2007’s Spider-Man 3, portrayed by Topher Grace.) Some even questioned whether the studio should have bothered releasing a teaser if there wasn’t anything eye-catching to show.

But the new trailer is the one that Sony should have released in the first place. No one would have doubted this movie if they saw the tar-like symbiote display its lethal abilities, and everyone would have been happy with a full glimpse of the creature.

With five months until Venom hits theaters, we’ll probably get at least one more trailer. For now, however, here are our takeaways from a rather satisfying three minutes.

Reportedly, the plan was to release a new trailer for Venom on Tuesday (April 24) all along. The movie was part of Sony’s presentation at this week’s CinemaCon in Las Vegas. But once footage leaked of the character fans love from the comic books, the trailer was pushed out late Monday night.

It can’t be overstated how much a new Venom trailer needed to show the title character — in costume, if you will. There was bad buzz generating among movie blogs and entertainment trades reporting that the creature was barely in the movie. Imagine a Batman film where Bruce Wayne only suits up for the last half hour of the story. (Tom Hardy disputed that in an Instagram post, but what would he be expected to say?)

Maybe we won’t see much more of Venom than what’s shown in this trailer. Hopefully, that’s not the case. But providing a look at him — those teeth, those eyes, that tongue (which was missing from the Spider-Man 3 version) — was essential to restoring faith in the movie.

Making a bad guy into a good guy 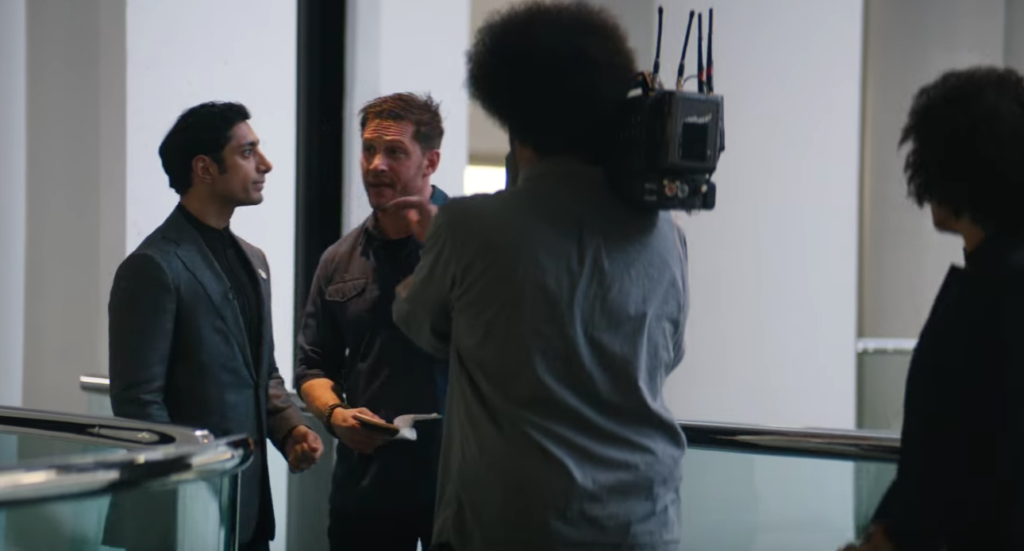 As in the comic books, Eddie Brock is a journalist. But rather than being exposed as a fraud, the Brock in this story is a crusading reporter looking to take down an evil corporation called The Life Foundation — headed by Riz Ahmed’s Dr. Carlton Drake — that may be experimenting on human beings.

As he says in the trailer, Brock follows people who do not want to be followed. When he gets too close, one of the experiments apparently infects him. That makes Venom’s motivation is a bit more righteous than in the comics.

Yes, this is a Marvel character, but not a Marvel movie 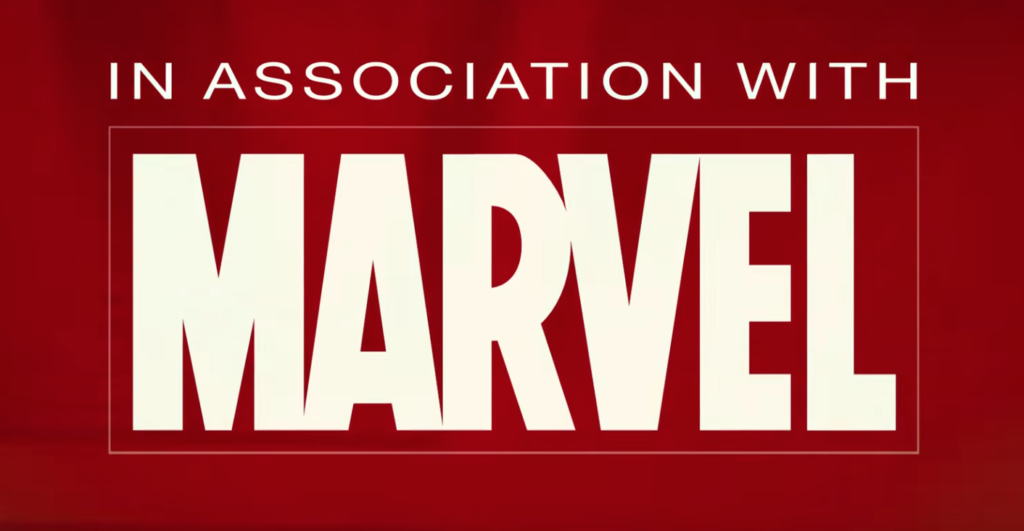 This is the first time we’ve seen the Marvel logo on a trailer with “In association with…” attached. Devoted superhero movie fans know that the movies made by Marvel Studios are different from films adapted from Marvel Comics by Fox such as the X-Men and Fantastic Four. Those Fox properties will be coming back to Marvel once the Disney-Fox merger goes through.

But Sony still has rights to Spider-Man and characters affiliated with that universe, like Venom and the “Silver and Black” movie being developed featuring Silver Sable and Black Cat. Though Marvel is producing the latest Spider-Man movies, with rights on loan from Sony, the studio probably wants to keep its distance from these other movies it has nothing to do with making. Will we see the famous “flipping pages” graphic and logo before Venom?

While the trailer hints at Brock having to face the other test subjects who were exposed to the symbiote, it doesn’t show who the big villain is. OK, sure — The Life Foundation and Carlton Drake may be the real bad guys pulling the strings behind the scenes. But there have been persistent rumors that Venom will face someone else taken over by a symbiote — notably Cletus Kasady, aka Carnage.

According to rumors, the movie won’t differ from the comic books and turn Drake into Carnage. Earlier this month, Bleeding Cool reported that Woody Harrelson had been cast as Kasady and would provide Venom with his symbiote-powered adversary. But that post was on April 1, calling into question whether an April Fool’s joke had been played on movie media and fans.

Since then, however, no one associated with Venom’s production has disputed the report and movie sites have taken that to mean that the Harrelson news is probably true. But it should be noted that Harrelson’s casting hasn’t been officially announced. Maybe Sony is saving it until his scenes have been filmed. Or maybe there’s an effort to try and keep that particular reveal a secret. Wouldn’t that be fun if we didn’t find out until actually seeing the movie? 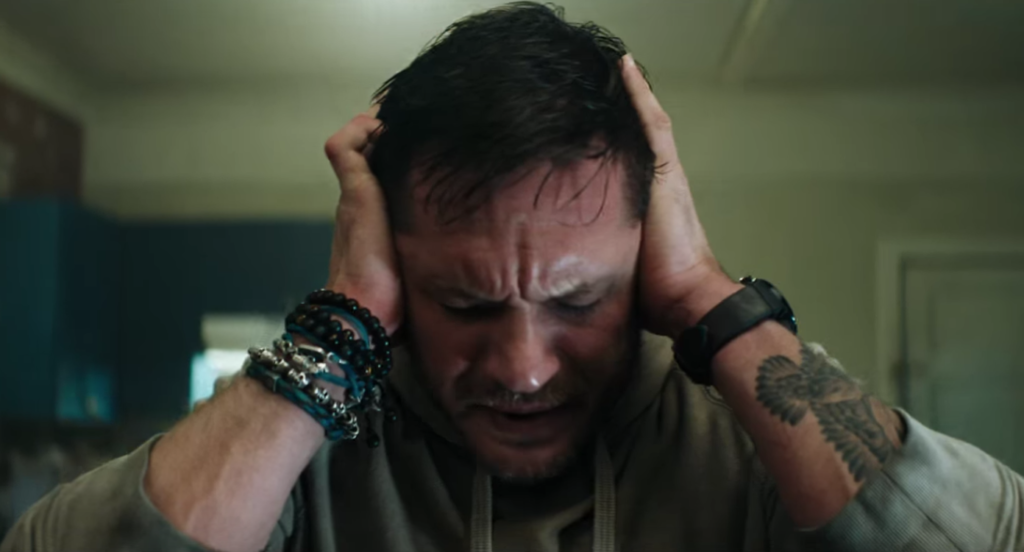 One key aspect of the Venom mythology is that the alien symbiote works its way into Eddie Brock’s consciousness. It talks to him and in turn, the symbiote helps Brock carry out whatever violence he intends to inflict upon his enemies. Who is actually in control between Brock and the symbiote is one of the defining traits of his character.

(If you saw Spider-Man 3 or read the comic books in which the symbiote takes over Peter Parker, you know that the alien being finds a much more accommodating host in Brock.)

Based on what we see in this trailer, much of the relationship between Brock and his alien benefactor plays out in his head. He hears voices that tell him what to do. A presence takes control of his body. But apparently, the two eventually communicate with each other. One scene shows Brock telling the symbiote is going to stay in his body, it can only hurt bad people. But the alien being has a wider-ranging view of what that means.

If there’s any comedy in this movie — and good superhero movies almost always play up their comedic elements — it will likely come from the interplay between Brock and his new best buddy. But when Brock finally gives in and lets the symbiote take control (“We are Venom!”), that will probably be set aside. (By the way, does Hardy do the symbiote’s deep voice?) 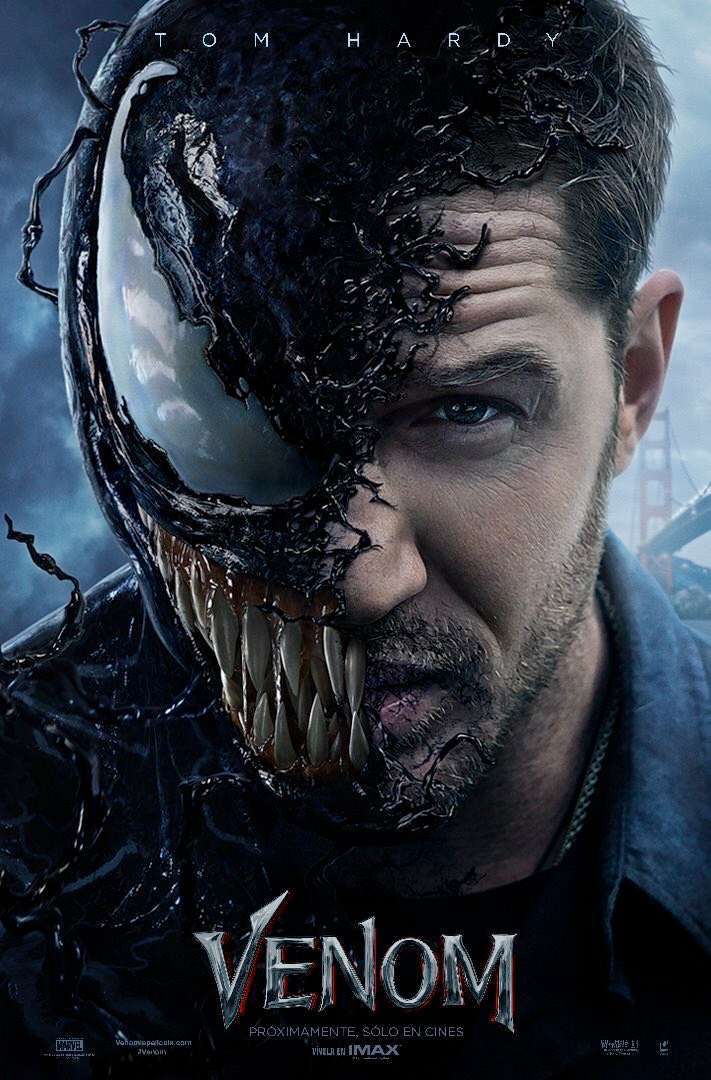 Venom will be released in theaters on Oct. 5.