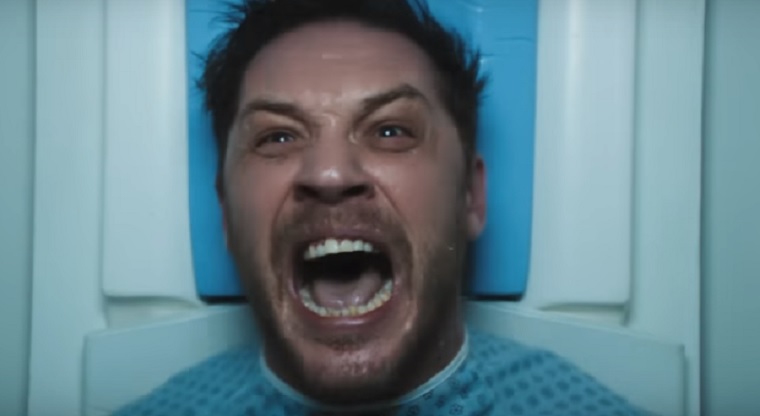 Trailers are a big favorite of ours at The Comeback. Sometimes, they’re better than the movies or TV shows they’re intended to promote. But they can be an art form all by themselves.

The past week has been loaded with trailers, thanks to movie studios using the Super Bowl spotlight to promote their latest blockbusters. We compiled those in a separate post, if you missed any or want to watch them again. And we also took deeper looks into the new trailers for Ant-Man and the Wasp, Solo: A Star Wars Story and Deadpool 2 over the last week or two.

A few more trailers were released this week, avoiding the Super Bowl blitz. One in particular received a lot of fanfare, largely because of what it didn’t include, while smaller films that didn’t want to make that big Super Bowl ad buy also released trailers. Netflix also offered plenty of previews for curious viewers.

Bringing new meaning to the term “teaser,” this trailer for Venom has caught a lot of shit online. Is it a slap in the face to fans and curious viewers who wanted to see a glimpse of the Marvel Comics character in his nasty, snarling, drooling, toothy glory? Many think so and even though geek fandom is as entitled as it’s ever been, they have a point. Can a “Venom” trailer really be a trailer for Venom if there’s no Venom in it?

Maybe there’s more here than we realize, especially as Tom Hardy goes crazy at the end of the trailer and something appears to be creeping its way up his neck. And we do see the symbiote that creates Venom in a container. But the signature, slimy tendrils associated with the character (as seen in Spider-Man 3) are nowhere to be seen.

This could just as well be a movie about Hardy’s character losing his mind because people are out to get him. Or he’s really, really claustrophobic.

Amy Schumer’s popularity has seemed to take a dip over the past couple of years as she’s been more outspoken politically, faced accusations of stealing jokes and had a sub-par comedy special on Netflix. If that’s still the case, it’s difficult to imagine I Feel Pretty doing that well. But if Schumer still has a strong fanbase and people respond to the message this movie is trying to send, it might be a hit.

Who is this meant to resonate with? Before we can enjoy the premis, surely we have to buy into the fact that she is not pretty. How many of us are bigger than her? Are we supposed to accept that THIS is ugly when it's all we've been taught that we should aim for?

That’s assuming, however, that people buy into the premise and the idea that Schumer might seem less than attractive by conventional standards.

Are we ready for Melissa McCarthy to be playing a college kid’s mother? I say that mostly because I’d prefer to see her in a sequel to Spy. But we can probably buy her as someone who decided to put her academic and career plans aside to raise a family at a younger age.

The idea of an adult going back to college with the experience and knowledge that he or she didn’t have in their late teens and early 20s is appealing too. But honestly, it’s funnier with an older woman going back to college, right? A older guy talking about scoring with students probably wouldn’t go over very well.

While Netflix isn’t likely to jump into the battle for streaming live sports online, the network can make a major impact in sports documentaries (as it did with the Academy Award-nominated Icarus) and documentary series, which we’ve already seen with the success of Last Chance U.

Soccer has been represented quite well on Netflix, which makes it a good home for the type of behind-the-scenes series that we’ve seen for the NFL (Hard Knocks), college sports (A Season With…) and hockey (Road to the Winter Classic). This should be good exposure for the sport among American audiences.

Director Steven Soderbergh has often tried to challenge himself and the boundaries of filmmaking throughout his career. Filming a movie entirely on an iPhone would certainly qualify. (Though Soderbergh is not the first director to do so. Sean Baker, currently drawing praise for The Florida Project, shot his first film, Tangerine, on an iPhone.)

Starring Claire Foy (The Crown), Unsane looks legitimately creepy with a lead character whose perspective might be unreliable. Regardless of what he used to film his latest movie, Soderbergh appears to have made another compelling, paranoid thriller along the line of Side Effects (his final film before he claimed to be retiring from filmmaking), something that could also be grouped with more experimental films he’s made, such as Full Frontal, Bubble and The Girlfriend Experience.

The new trailer for Game Night looks a lot better than the teaser which was released in November. (The movie’s release date was also pushed up from March 2 to Feb. 23.) This concentrates more on the relationship between Jason Bateman and Rachel McAdams’ characters, rather than the film’s premise. It’s also fun to see more of the cast, particularly Jesse Plemons, Kylie Bunbury, Billy Magnussen and Lamorne Morris.

Hopefully, that’s more reflective of what we’ll see in the actual movie, not just a comedic take on David Fincher’s The Game? Sure, trailers can make a movie look entirely different, depending on what footage is used. But this now appears to be a much more fun movie, even if maybe the lead characters aren’t totally likable.

Horror movies are always a fun choice for the summer, and Hereditary already generated a good amount of buzz from the Sundance Film Festival with many critics saying it’s a legitimately scary film. Dead animals, ghosts, people on fire, possession? Sign us up! Toni Collette is good in just about everything she’s in, and this shouldn’t be an exception.

The first two shots of this trailer — zooming into the dollhouse and the camera panning down below the ground — are outstanding and could pop on the big screen if there’s an opportunity to see them. The meticulous, miniature rooms and landscapes created by Collette’s character look great. Maybe they’re responsible for more in the movie than this trailer lets on.

Netflix is becoming must-watch stop for sci-fi lately, between offerings like Altered Carbon and The Cloverfield Paradox. (The Rain, coming this spring, also looks promising.) Like Altered Carbon, the influences of the futuristic Blade Runner-like cityscape are apparent. But the setting might not dictate the story as much here.

Regardless, Duncan Jones has been a very intriguing filmmaker in the sci-fi space with Moon and Source Code. Warcraft may have been a bit more than he could handle, though that movie likely failed for a variety of reasons. (Jones is certainly not the first director to stumble trying to adapt a game into a film.) The cast for Mute, led by Alexander Skarsgård, Paul Rudd and Justin Theroux trying to look like Javier Bardem in No Country for Old Men makes this look all the more intriguing.