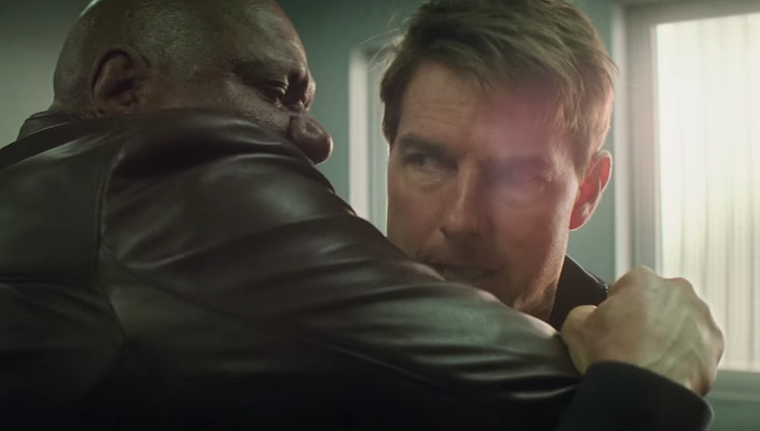 Super Bowl Sunday has become a big occasion for big-time movie trailers. In the age of Peak TV, prestige streaming shows also get to show off with the power of Netflix, Amazon and Hulu behind them. The telecast for Super Bowl LII definitely did not disappoint in that department, revealing several widely anticipated blockbusters.

We love trailers here at The Comeback and try to look at the best of them each week. The Super Bowl provided plenty of previews that we’ll be watching repeatedly in the days, weeks and months leading up to these movies and TV shows being released.

Here’s what we can look forward to during what should be a very fun 2018.

We weren’t sure if this one should be included because it aired before the game started. But the ad for A Quiet Place did run early in the Super Bowl LII telecast.

This new look at the horror film starring Emily Blunt and John Krasinski (who also directed) isn’t as effective at explaining the premise as the teaser which originally ran in November. But there was also much less time to do so in a 30-second Super Bowl spot and this new preview provides a little explanation (Apocalypse? Alien invasion?) why this family wouldn’t just choose to live somewhere else where they could make a little noise once in a while.

The new Jurassic World: Fallen Kingdom trailer begins with such a cool shot, what looks like the shadow of a toy horse actually being a velociraptor ready to attack. Then we go into child’s worst nightmare territory, the monster sneaking up on us in bed. (Children in danger seems to fit with the original Jurassic Park so well.)

This doesn’t have the interplay between Chris Pratt and Bryce Dallas Howard that the first Fallen Kingdom trailer had, and we don’t get the same explanation as to what brings the gang back to Isla Nublar yet again. But shots of a volcano erupting and dinosaurs being evacuated from the disaster area convey the premise pretty well. The glimpses of a dinosaur veterinarian are intriguing (maybe that could be a movie), and so is the hint that an entirely new creature has been created.

Needed some Jeff Goldblum, though. That had to wait until a Jeep ad later in the evening.

Here was the most anticipated movie spot of the Super Bowl, with some intrepid reporting discovering that we would indeed get a first look at Solo: A Star Wars Story — which had previously been rumored. Rumblings of a troubled production (ignited by original directors Phil Lord and Chris Miller getting fired) have plagued Solo, and it was baffling that a movie set to be released four months from now hadn’t released a trailer — or promotional materials of any sort.

But the Super Bowl is an ideal launching spot for a marketing campaign. And if the teaser trailer looked cool (with another to come Monday morning on Good Morning America), that could hush the rumors and concerns. Mission accomplished!

We only get a glimpse of Alden Ehrenreich as Han Solo, as this spot touches more on Star Wars iconography like Star Destroyers, Tie Fighters, the Millennium Falcon and Chewbacca. But we also saw Donald Glover as Lando Calrissian! With Emilia Clarke and Woody Harrelson as whomever they’re supposed to be. Like Rogue One, this doesn’t look much like the Star Wars movies that we’ve previously seen and that’s surely the idea.

Leading off by touting Stephen King and J.J. Abrams as the creative forces behind a series are a sure way to intrigue viewers and draw interest. With those names involved, Castle Rock looks very promising (even if its title evokes the production company that was behind movies such as When Harry Met Sally and The Shawshank Redemption, and TV shows like Seinfeld).

Speaking of Shawshank, King’s infamous penitentiary is mentioned at the beginning of this preview by Andre Holland’s Henry Deaver. Holland (The Knick, Moonlight) is a great choice to lead any series, and the cast here looks impressive with Scott Glenn, Melanie Lynskey, Sissy Spacek, Terry O’Quinn, Bill Skarsgård (It) and Jane Levy. What is this show about? “Something terrible” is all we know, but that might be enough for now.

Dwayne Johnson versus disasters is probably going to become its own genre. We’ve already seen The Rock take on earthquakes in San Andreas. This time, his adversary is… bad architecture? Just because a building can be built taller doesn’t mean it should be.

One very intriguing aspect to Johnson’s character is that he has an artificial left leg. Did he lose it in the line of duty as a former FBI Hostage Rescue agent? (Probably.) That just makes his leap from crane to skyscraper window that much more impressive. (There’s a Die Hard vibe to this too, isn’t there?) But will The Rock do skyscraper jeopardy as well as Tom Cruise did in Mission: Impossible – Ghost Protocol? Probably.

Did we say “Mission: Impossible”? Tom Cruise’s super-spy franchise had a new trailer for Super Bowl Sunday, the first look at Mission: Impossible – Fallout. It’s very intriguing to see callbacks to the previous film, Rogue Nation, with the returns of Rebecca Ferguson (who was outstanding), Sean Harris and Alec Baldwin. Michelle Monaghan also makes an appearance, referring all the way back to Mission: Impossible III.

The preview also included the first glimpse of Henry Cavill’s glorious mustache, which Paramount would not let him shave off for reshoots on Justice League. After seeing that mustache in action, the studio’s decision is understandable. It’s beautiful. Maybe Warner Brothers and Joss Whedon should have figured out a way to work that facial hair into the revived Superman.

Unfortunately for special agent Ethan Hunt and the IMF, a trailer that normally would’ve gotten a lot of fanfare was overshadowed by the reveal of Netflix’s The Cloverfield Paradox shortly thereafter. But Cruise and Co. can console themselves when we’re talking about this movie in July, and the third Cloverfield film is probably a distant memory.

John Krasinski has his second trailer of Super Bowl Sunday. If he showed some nurturing father and promising director chops in the A Quiet Place, Krasinski fills the role of leading man and action hero well here. (He got to do some action convincingly in the Benghazi shoot-em-up 13 Hours.)

Is it possible that Krasinski will be a better Jack Ryan than Alec Baldwin, Harrison Ford, Ben Affleck and Chris Pine? He may have better material, based on this trailer for Amazon’s Jack Ryan series. Chances are that showrunners Carlton Cuse (Lost, Bates Motel) and Graham Roland (Almost Human) will get to tell a better story by virtue of having eight episodes (with impressive locations and production) to go deeper and explore geopolitical issues with more nuance.

The Super Bowl got some superheroes. Solo drew most of the anticipation, while The Cloverfield Paradox generated the majority of in-game buzz. But all will eventually bow to Marvel and their collection of Earth’s mightiest heroes. This Super Bowl ad included plenty of new footage without showing us too much more than the first trailer released in November revealed.

Spider-Man appears to be in way over his head. Iron Man’s suit is thinner and sleeker, and maybe made out of nanobots now. (He and Doctor Strange may need to learn some teamwork too.) Vision looks like he’s going to be roughed up in this story. And Captain America has a shield — or something like a shield in African-style gauntlets that are probably made out of Vibranium. (Nice to have Black Panther as an ally.)

This trailer was going to win no matter what it showed.