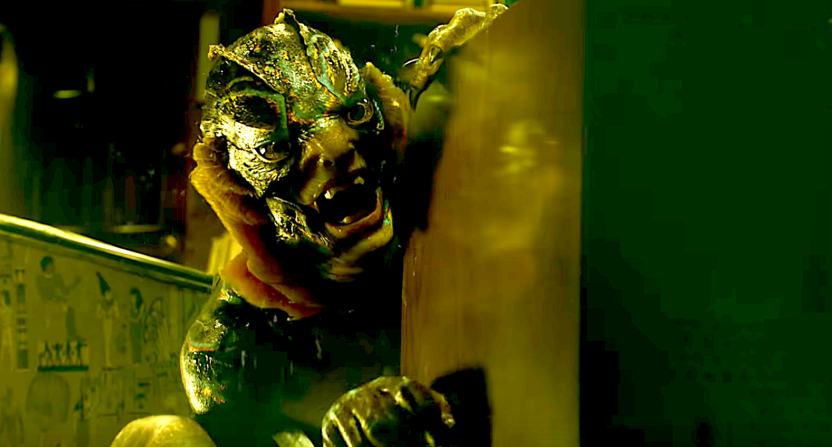 This week, we get our first look at a sure Oscars contender starring Meryl Streep and Tom Hanks, and directed by Steven Spielberg. A dark comedy with Jason Bateman doing what he does best is also part of the mix. ESPN revealed its next 30 for 30 doc, which should be a good one. And there’s some intriguing sci-fi stuff to look forward to.

Meryl Streep, Tom Hanks and Steven Spielberg makes for one hell of a powerhouse trio. Any film with all three figures involved has to be a serious Academy Awards contender, right? So keep an eye on The Post as the year comes to an end and we start talking about Best Picture candidates.

Presumably, the hope is that The Post can be this year’s Spotlight. The film depicts the Washington Post‘s decision to publish the Pentagon Papers which detailed the U.S. government’s involvement in the Vietnam War. Hanks plays legendary editor Ben Bradlee with Streep as Katharine Graham, the Post‘s first female publisher who faced scrutiny and criticism toward her ability to run a major newspaper faced with such a story.

If you were looking for a comedy version of David Fincher’s underrated 1997 gem The Game, this is apparently just the movie for you. A cast led by Jason Bateman, Rachel McAdams and Kyle Chandler is promising — no one spoofs white privilege better than Bateman — but Game Night looks like a mess trying to mix snarky comedy, slapstick, action and dark comedy.

The scene with McAdams accepting a compliment about her ass while at gunpoint was funny, but what are the chances that’s the funniest line in the movie and now we’ve already seen it?

7 championships. 2 coaches. 1 name. #30for30 returns this winter with #TheTwoBills. pic.twitter.com/enDewkqXCb

ESPN ran the trailer for its next 30 for 30 documentary during the broadcast premiere of Nature Boy. Bill Belichick and Bill Parcells at the same table should be must-see TV, yes? I don’t know about you, but I almost forgot about Belichick’s ties to Parcells because the Patriots coach has so far surpassed his mentor. I don’t even connect the two anymore.

According to ESPN, this will premiere in “Winter,” but the network’s move is usually to show a new 30 for 30 after the Heisman Trophy ceremony. But maybe that won’t be the case, since this isn’t a college football-related film.

Did we really need to see that Michael Shannon’s fingers were bitten off in this final trailer for The Shape of Water? The visual of Sally Hawkins picking up the fingers and dropping them in a paper bag was a bit unsettling, and Shannon’s line about mustard being on them was funny. But wouldn’t it have been better to see that in the actual movie?

I could be wrong, but don’t recall seeing Richard Jenkins in the previously released trailers. With Shannon, Hawkins, Michael Stuhlbarg and Octavia Spencer, a great cast assembled by director Guillermo Del Toro looks even better. The make-up and effects for whatever Doug Jones’s amphibious creature is supposed to be also look outstanding. Here’s hoping this is one of the best movies of the year.

A TV series starring J.K. Simmons? Sign us up. But even without a great actor in the starring role, Starz’s Counterpart looks fascinating because of its mind-bending sci-fi premise. Howard Silk (Simmons) drudges through a workday existence at an international agency until he learns what secrets the organization is hiding: a path to a parallel dimension.

Howard meets his “other,” who’s a ruthless operative for the agency. You can see the appeal for Simmons, who gets to play two different versions of the same person. Created by Justin Marks (The Jungle Book), the writing should be sharp and intriguing. (Marks is also a great Twitter follow, if you’re interested.) And the first two episodes are directed by Morten Tyldum (The Imitation Game, Passengers).

Director Scott Cooper has had a somewhat inconsistent career after his standout debut with 2009’s Crazy Heart. (Personally, I don’t think that film holds up very well, though the music is great.) Out of the Furnace was a revenge thriller with very few thrills. And Black Mass was carried by Johnny Depp’s performance as Whitey Bulgur, but wasn’t the Oscars contender many expected it to be.

The last time Christian Bale and Ben Foster were in a Western was 2007’s remake of 3:10 to Yuma, but Hostiles doesn’t look like it will be nearly that fun. Based on this trailer, the movie appears to be a brooding period drama following an Army captain (Bale) who is tasked with escorting a Cheyenne war chief and his family back to their tribal territory.

Ryan Bingham will write some music for Hostiles (as he did for Crazy Heart, which earned him an Academy Award), and maybe that will be the best thing about this movie.

We forgot to include this trailer in last week’s column, but it’s so cool that we’re making up for it this week. There’s not a whole lot to be learned about Slice here; it’s very much a teaser. What we do know is that Slice is a horror movie starring Chance the Rapper and involves someone framed for the murder of several pizza delivery drivers.

Fans of the Line Rider internet game might enjoy this simply for the homage, though it’s very similar (a tribute?) to this DoodleKing video.

A film about neo-Nazis killing a Kurdish man in a terrorist bomb attack could be a little too close to current events for some to enjoy. But it can’t be argued that the story of In the Fade isn’t relevant. Diane Kruger won the Best Actress award at the Cannes Film Festival for her performance as the widow who lost her husband and son in the bombing and seeks revenge on the men who killed them.

The trailer doesn’t indicate whether Kruger’s character goes into Charles Bronson, action-hero mode toward the end of the film. But that seems doubtful as director Fatih Akin is striving for something with more emotional impact than visceral thrills.