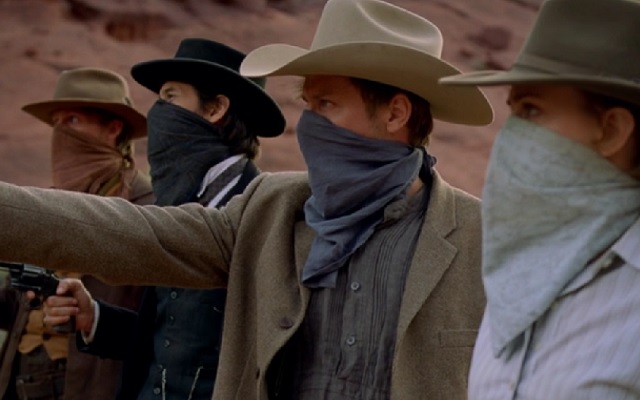 The first season of HBO’s Westworld has reached the halfway point and at this point, the series has asked a lot more questions than it has answered. While that is usually troublesome for a show, the new questions asked every week — and especially during the show’s fifth episode — continue to draw viewers in and keep them hooked on what’s to come.

“Contrapasso” bounced between four storylines for the most part: Dolores’ struggles/The Glitch, The Man in Black’s quest, William and Logan’s adventures, and the maintenance crews underneath the park. All four storylines crossed paths at some point with other storylines (for example, Dr. Ford’s plans) connecting them.

The great thing about Westworld is how much it changes from week to week. As a result, these recaps have changed in format a ton from week to week. Due to the fact that episode five mainly focused on four specific storylines, let’s take a look at each in depth.

This storyline turned up a notch this week with the help of the William and Logan storyline, along with the maintenance crew backstories we saw in depth for the first time.

After seeing Dr. Ford interact with the old host once again, the viewers were treated to Dolores interacting with the voice inside her head while flashing between different timelines. Overall, this is the easiest way to describe Dolores in this episode: she heard voices in her head and dealt with flashbacks from many timelines in her search for the maze.

But Dolores’ storyline isn’t that simple and it definitely wasn’t here. 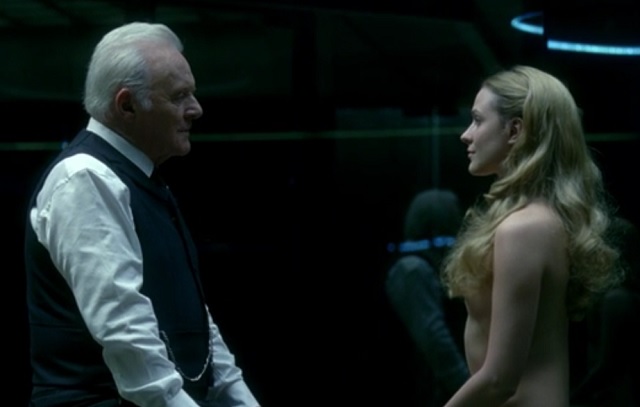 One of the highlights came during her interaction with Dr. Ford and boy, was it confusing. The way the episode was written and edited, it seems like Dr. Ford plucked her right out of her involvement in William and Logan’s adventure, but was that really what happened?

Dr. Ford asks Dolores about the voices in her head, to which she tells him she hasn’t heard them in a long time. From there, we learn the voice in Dolores’ head is Arnold’s and as a result, Dr. Ford begins to press a little harder to see if Dolores is telling the truth or not and this is where it really gets interesting.

When Dolores says she hasn’t heard them in a while, Dr. Ford goes into her system to see when the last interaction really occurred and Dolores’ system says it was 34 years ago, around the time Arnold died. Once Dr. Ford leaves, however, Dolores says to the voice in her head that she lied and Dr. Ford has no idea. So this begs the question, how did the glitch in Dolores’ head circumvent Dr. Ford’s ability to control the hosts and lie to him?

This also leads us back to where Dr. Ford plucked Dolores from and the timeline theories floating around as a whole. Was that interaction between the two current, while all of Dolores’ interactions with William and Logan were in the past? That’s a major part of a crazy timeline theory we’ll get to later. However, it’s also important to note that during their storyline, Dolores takes her whole “I may not be real” thought process up a notch by killing the soldiers and dreaming that she opens up her arm.

Before moving on, a special shout-out once again to Evan Rachel Wood who more than deserves recognition for her time as Dolores. Many writers have pointed it out already, but Wood definitely deserves award consideration for how incredible of a job she has done as Dolores.

The Man in Black: 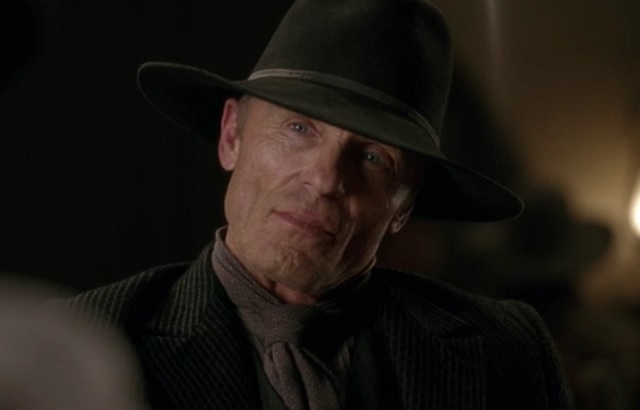 We learned a little bit more about how desperate MIB is to find this so-called maze and what exactly his drives are for finding it. The majority of these revelations came during an very interesting conversation between MIB and Dr. Ford himself.

What we also learned during this conversation is that Dr. Ford controls the hosts in such a way that if a guest tries to attack him, the hosts will immediately jump to stop them, as evidenced by Teddy stopping MIB’s knife.

But back to MIB’s quest. When MIB and Dr. Ford are talking, MIB mentions to Teddy that he remembers when the hosts weren’t flesh and bone many years ago. That shows the viewers how long MIB has been in the park once again, although that has been established many times.

By doing this, MIB proves to Dr. Ford how serious he is about solving whatever riddle or story Arnold left in the park. As a result, Dr. Ford seemingly becomes an ally of MIB’s and helps him on his way by saying whatever triggered Teddy to seemingly be healed and ready to move on towards the maze at the end of the conversation.

This storyline took up the majority of the episode because of how much it intersected with Dolores’. Additionally, this episode answered a couple questions while asking a lot more throughout all of episode five.

Before getting into the nitty-gritty, it’s important to discuss one question that was nearly answered: Is this storyline in the past or in the present? 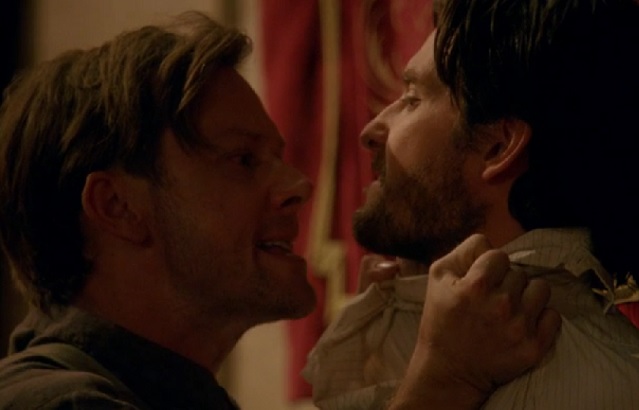 One massive Westworld theory floating around the internet (IF YOU DON’T WANT TO KNOW THIS — IT’S NOT A SPOILER — SKIP A COUPLE PARAGRAPHS) is that this timeline isn’t taking place in the present, but 30-ish years in the past around the time of the accident that involved the death of Arnold.

This theory really gained some traction thanks to Reddit, where users pointed out the logo of the park when William and Logan first arrive is different than the logo present in scenes involving Bernard and/or Dr. Ford for the most part.

What this theory eventually leads to is the idea that William is actually MIB in the past when he first arrived. Within episode five, a few key events occurred that makes it possible this theory is true: 1) Lawrence as El Lazo, 2) William turning up his “kill factor” and 3) An easy-to-miss line when Logan says to William “You walked into my office in that cheap black suit of yours.”

Maybe for point No. 3, I’m reading into the line too much. But that little hint of Logan pointing out the color of his suit could be something. As for point No. 1, this would be possible because Lawrence gets turned over quickly after MIB killed him. Finally with point No. 2, this also takes into account that Logan was nearly choked out and killed by one of the hosts. At the time, the technology to stop hosts from harming guests might not have been as advanced.

Back to this episode’s plotline, Logan and William reach the new town of Pariah, which seems like a town no children should be allowed within miles of. There, they encounter El Lazo and a side quest to steal explosives for confederate soldiers. This indicates that the park is supposed to be based on the United States in the middle of the 19th century. After a massive orgy in the Pariah brothel, El Lazo ends up screwing over both Logan and William. This leads to William escaping and ending up back with El Lazo while Logan gets dragged away to god knows where.

This William and Logan storyline had a ton to unpack, but for now here are three big takeaways: 1) William turned a corner and no longer feels the need to be with Logan inside the park, 2) The possibility of the storyline being 30 years in the past is alive and well, and 3) Dolores and the host glitch now play a central role in this storyline. 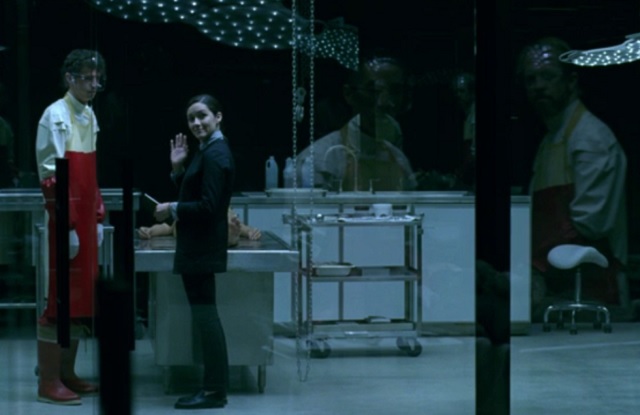 This storyline didn’t carry nearly as much weight as the others. Overall, it can be broken down into two sections: Elsie searching for answers about the host who went rogue and Maeve confronting the maintenance worker who is too curious for his own good.

With Elsie, her curiosity as to what went wrong with the rogue host took some interesting turns. For one, she made it clear that if any employee does something they aren’t supposed to, they will be caught. The other major turn was finding evidence of a company trying to steal information inside the host.

Elsie immediately brought this second revelation to Bernard’s attention, and rightfully so. It’s been made clear on the Westworld website that no technology is allowed inside the park with guests, and this could be a reason why. Delos is most likely very secretive about their technology, and this development could badly damage Westworld and Delos.

The other section of this storyline deals with the maintenance worker who really wants a promotion. We learned a little more about how job structure works at the park, thanks to him and the more in-depth look at the underground workings of the park as a whole.

This storyline eventually led to Maeve waking up and could mean bad things for the employees underneath the park. Not only is Maeve awake again in an area that she shouldn’t be, but she also looks like she isn’t going to stop until she gets the answers she wants. 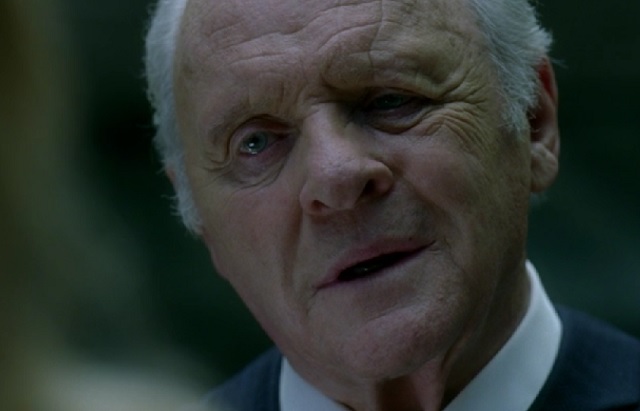 Now that season one of Westworld is at the halfway point, here are some of the biggest questions to keep in mind going forward:

Is William and Logan’s storyline taking place in the past or present? What could the impact of both MIB and Dolores looking for the maze have on the park? Why is Dr. Ford interested in helping the MIB out? What damage could Maeve if she learns the answers she seeks down in maintenance?