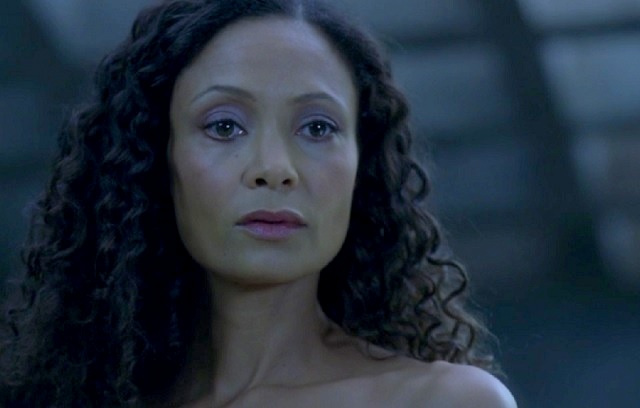 After episode seven’s big reveal which confirmed a popular fan theory, was Westworld due for a letdown with episode eight? If you were looking for another grand reveal to provide some affirmation, then it’s possible. “Trace Decay” included some intriguing revelations, but ultimately may have been more of a set-up for the final two episodes of the season.

First, everyone back at headquarters is dealing from the fallout of last week’s developments. Cullen is found dead in the park, made to look as if she slipped and suffered a fatal fall while trying to transmit stolen data from a mountaintop. (Interestingly, it was the same mountaintop where Stubbs and Elsie found the woodcutter host that attacked them before killing himself in episode three.) Delos executive Hale raises an eyebrow over the coincidence of Cullen dying in an accident very shortly after demonstrating a flaw in the hosts’ code, one which resulted in Bernard being fired and Ford possibly being ousted from his position as overlord of Westworld. But she has no proof.

Of course, we know that’s not really how it went down. Bernard was revealed to be a host, and as such, completely under the control of Ford and his every whim. So when Cullen turned out to be someone who knew too much and possibly provided the greatest threat to his authority in Westworld, the good doctor had Bernard kill her. As “Trace Decay” opens, we see Bernard dealing with the consequences of what he’d done. How could Ford, who he viewed as a mentor and friend, have him kill someone, let alone a woman that he loved? (Oh, and by the way, Bernard apparently also killed Elsie when she was snooping around an abandoned part of the park and discovered Cullen’s transmissions. How many others has Ford had Bernard take out when they became problematic?)

Rather than provide any sort of sympathy, Ford marvels at the grief and range of emotions his creation is displaying. Look how far the hosts have come since their early days. However, Ford can only feel proud of himself (and Bernard) for so long. Their dirty work has to be covered up. Ford orders Bernard to stop feeling grief and wipes his memories of the relationship with Cullen. Bernard then goes about destroying all evidence of their interactions during the timeline leading up to her death, including erasing himself from security footage and letters that she wrote to him. (Whether the letters were real or part of Bernard’s “backstory” wasn’t quite clear, though Theresa certainly could have written them to make the illusion more believable.) 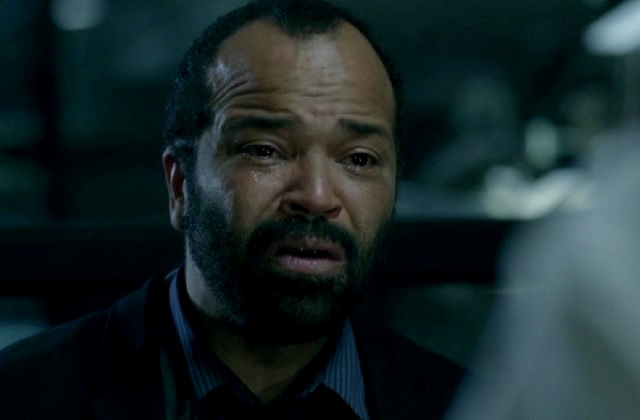 Those backstories are a major theme of “Trace Decay,” if not the entire series to this point. If our memories make us who we are, influencing our personalities and shaping the decisions we make throughout our lives, how are hosts all that different from humans if they are also directed by what they remember? Is the primary difference (besides the obvious biology) that behavior technicians can wipe those memories from the hosts’ consciousness, while we have to choose to forget or repress that which causes us emotional pain?

But as we’ve seen throughout these first eight episodes, memories aren’t so easily erased or forgotten. Dolores is also compelled by the memory of the town where she supposedly grew up, one that was apparently pillaged by Wyatt and his rogue soldiers. Strangely, she doesn’t remember her father, Peter, which perhaps means that he was one of several hosts who filled that role as storylines changed and robots malfunctioned. (However, Peter will apparently be re-entering the story very soon, as later in the episode, Hale and Sizemore pick him out from the collection of decommissioned hosts as the mule into which all of the park’s data will be downloaded. Is it a coincidence that he was the host selected? Surely not.)

Teddy also has a crucial flashback that reminds him if he didn’t already know that the Man in Black is someone who can’t be trusted and is capable of cold brutality. While watching MiB drag one of their attackers, he remembers Dolores being dragged in a similar fashion, off to have terrible things done to her. That compels Teddy to knock MiB out and tie him up, presumably to question him before killing him. But before he can get the answers he needs, the woman they rescued — who is Angela, the host who welcomed William and Logan to Westworld in episode two — stabs Teddy with an arrow. If there’s one reliable narrative in Westworld, it’s that Teddy is going to die, much like Kenny in South Park. Poor guy.

But the revelation of Angela, and the Man in Black recognizing her, might lend further credence to another popular fan theory that the William-Dolores storyline is happening in a past timeline, and William is MiB as a younger man. It’s possible that MiB remembers a much cleaner, cheerier version of Angela from his many visits to Westworld, where she greeted him off the train and took him on a preliminary tour of the adventures to come. Yet what if we’ve already seen Angela welcome MiB to the park many years ago, namely when William first visited? Until this theory is decisively disproven, there’s no reason not to believe it. 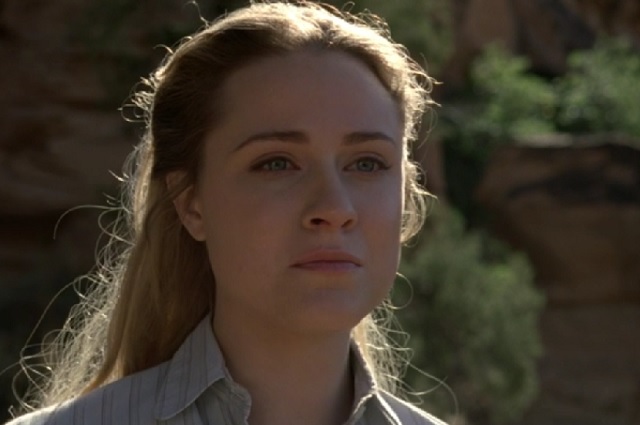 Most importantly in this episode, Maeve continues to be haunted by her memory of a daughter who was brutally killed by the Man in Black. Maeve was supposedly killed as well, but the park then repurposed her into a new storyline in which she was the madam of the Mariposa Saloon. MiB recounts the brutal murder to Teddy, explaining that he wanted to see how far he could push himself. What was the most heinous act he was capable of committing? Tapping into that dark side of himself is why he kept coming back to Westworld, escaping from a life in which he was a good family man and philanthropist. Maybe indulging those dark urges just became too appealing. What he remembers most about killing Maeve and her daughter, however, is that Maeve seemed truly alive in those moments when she was grieving the loss of her daughter. It’s a breakthrough that he continues to chase.

Maeve remembers those feelings as a mother. She certainly remembers being stabbed by the Man in Black. And now that her awareness is much higher and her memory isn’t being regularly wiped, Maeve remembers the original host who played Clementine being decommissioned and lobotomized, soon to be replaced by another host playing the same role. (If you’re a fan of Banshee, you were probably happy to see Lili Simmons as the new Clementine.) It’s another reminder of how disposable the hosts are, how they’re just pieces to be used and recycled for narratives intended to entertain Westworld’s visitors. She’s had enough of it.

But now, Maeve can actually do something to escape her plight. Her increased awareness has apparently given her similar control to Ford over the hosts and their environment. When she so chooses, she can become the omnipotent narrator, essentially giving stage directions to the hosts in this production. At her command, Clementine can entertain certain clients. The bartender at the saloon can give her a double shot of whiskey. The sheriff is told to ignore Hector and his bandits shooting up Sweetwater. This will apparently be how Maeve assembles the army that she tells Felix and Sylvester will eventually help her escape from the park.

But maybe how far she can take this new ability hasn’t quite occurred to her yet. Security becomes aware of Maeve exhibiting strange behavior and veering from her storyline, and hosts are sent to bring her in. She could seemingly order all of the other bystander hosts to attack, but settles instead for asking one to start shooting and cause a distraction for her to get away. Maeve is surely smart enough now to realize that the time wasn’t quite right to begin her revolution? But now that security knows she’s acting differently, can she continue to keep her intentions (in addition to her conspiring with Felix and Sylvester) a secret? We saw what happened to the other people who knew too much…