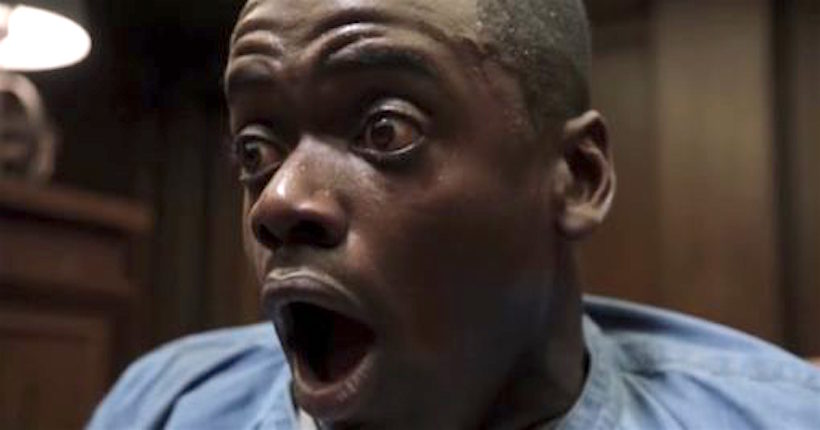 The 90th annual Academy Awards are this Sunday. Unlike some years, there doesn’t seem to be a front-runner — or even two clear favorites, as there was last year with La La Land and Moonlight. That would seemingly make this year’s Oscars more compelling. We don’t know who will win!

Yet there also doesn’t seem to be a film that critics are largely embracing. However, there is a movie that fans and regular moviegoers are supporting, as explained below. If there’s a year where the Oscars could win major points by going with that choice, this is the one.

Here’s a look at who will win and who should win Oscars for the major awards.

Who will win: The Shape of Water
Who should win: Get Out

If the Academy plays it safe, it will go with The Shape of Water. There is nothing controversial here. Well, except for a woman and fish-man getting it on. This fantastical tale garnered a leading 13 nominations. The love story between a mute and an amphibian is well-told and is visually stimulating.

Get Out is groundbreaking on so many levels. It’s about liberal racism and the marginalization of black people. In many ways, it reminded me of the brilliance of Chappelle’s Show, which made fun of the way that many white people see black people.

Jordan Peele used horror and comedy to show how “progressives” can insult African Americans in ways that they think are complimentary and how they assign certain attributes and character traits to black people merely based on skin color. Caucasians who see themselves as decent souls can often do damage by perpetuating stereotypes.

This is powerful stuff that should be talked about more.

This is one of the strongest fields in recent memory. When thespian Daniel Day-Lewis is an afterthought, you know it’s loaded. Despite the depth, this is clear-cut. Nobody is beating Gary Oldman, who should end his streak of being the best actor never to win an Academy Award.

It’s shocking that Oldman has only been nominated once before (Tinker Tailor Soldier Spy). Oldman brings such energy and ferocity to his roles that it’s virtually impossible not to notice him on screen. He buries himself in the role of Winston Churchill. You don’t even pay attention to the slabs of makeup covering him. Oldman is the lone good thing in a movie that is very slow.

If you were to make an argument for an upset, look to Timothée Chalamet (Call Me By Your Name). Chalamet, 22, gives an nuanced portrayal of a young man grappling his sexuality and falling in love with an older man. The final scene of the movie is so devastatingly heartbreaking, it’s hard to watch.

Who will win: Frances McDormand (Three Billboards Outside Ebbing, Missouri)
Who should win: Meryl Streep (The Post)

You can make a valid case for any of the candidates, but it’s hard to argue against Frances McDormand. She has made a career out of playing characters who don’t necessarily fit into a particular type. McDormand’s Mildred is a combination of tough, caustic and heartbroken. McDormand makes Mildred the movie’s hardest character to figure out. We sympathize with her plight, but don’t necessarily agree with her actions.

If Meryl Streep loses again, well, she’s used to it. The greatest actress of all time has been nominated a record 21 nominations. And yet, she has won only three times. Streep captures Katharine Graham as a woman adjusting to running a newspaper in a male-driven industry. She has to make tough decisions and that will not only affect her newspaper but her personal relationships as well.

Who will win: Sam Rockwell (Three Billboards…)
Who should win: Willem Dafoe (The Florida Project)

If you could give an Oscar for best ensemble, it would go to Three Billboards… Everyone in it is at the top of their game, from McDormand to bit role player John Hawkes, who is powerful in a limited amount of screen time.

Sam Rockwell might be the least threatening bigoted cop in cinematic history. He’s incompetent, unintentionally funny and somewhat sympathetic (?!?). This is the most confused I’ve ever felt about racist policeman since Matt Dillon in Crash (2005). Wait a minute. Aren’t I supposed to hate you?

As for the rest of the field, they all do solid work. However, Christopher Plummer in All the Money in the World was just OK in a just OK movie. The person who stands out in this category is clearly Willem Dafoe. The Florida Project is so realistic that it feels like a documentary. His role as the manager of cheap motel is about authentic as it gets. Check out the scene embedded above where Dafoe confronts a possible pedophile and slaps the soda out of his hand. It’s gold.

Who will win: Allison Janney (I, Tonya)
Who should win: Laurie Metcalf (Lady Bird)

This is a two-person race between women portraying two very different kinds of mothers. Allison Janney plays the world’s worst mom. Her interpretation of LaVona – mother of the most infamous skater in human history – is a mean and abusive woman. For LaVona, the ends justify the means. What she allegedly did to Tonya was all worth it to groom her poor, unpolished daughter into being a champion skater. Janney has snappy dialogue and is a scene-stealer throughout.

Laurie Metcalf isn’t as flashy. Her role is down to earth, real and connects because it shows the complexities of a mother-daughter relationship. There are spats and Metcalf and Saoirse Ronan spend a good deal of time saying or doing things to hurt one another. But Metcalf anchors the entire movie because we feel what she feels: all the sacrifices a parent makes and the aspirations a parent has for their children. Metcalf should win this award based on the airport scene alone.

The hallmark of a great director is someone who consistently gets great performances from actors and has films that are interesting. Guys like Christopher Nolan, Quentin Tarantino, David Fincher and Wes Anderson. It’s ridiculous that none of those guys have won an Oscar.

This year has a crowded field of worthy directors. But in terms of degree of difficulty, Guillermo del Toro stands out. He created a believable story that in lesser hands would have been utterly ridiculous. The Shape Of Water is a beautiful-looking usual love story. All the characters fit neatly and help advance the story. The Shape of Water is not a great film, but it’s a noteworthy achievement.