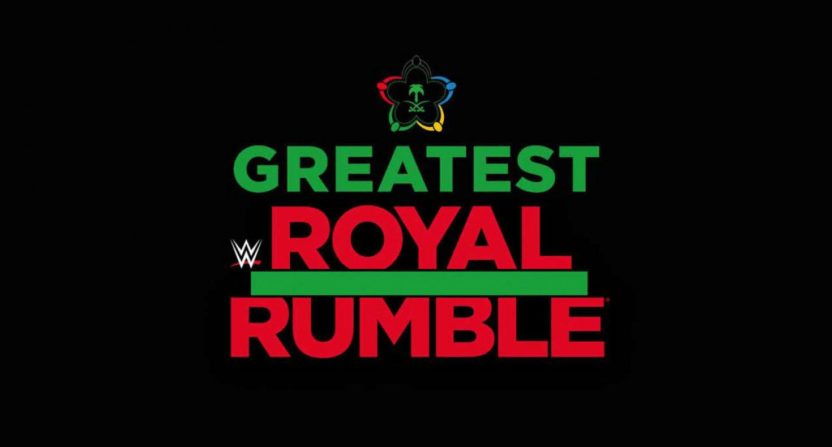 When it was announced that Saudi Arabia would be hosting a huge WWE event in the city of Jeddah, questions arose about how the female WWE superstars would factor in the event. Due to religious laws about women and women competing in sporting events, you will not be seeing any female performer at the Greatest Royal Rumble event this Friday.

Knowing the backlash that would come from this, Triple H, or Paul Levesque, spoke about why WWE would host an event in Saudi Arabia and have it be an all-male show. Triple H told UK’s The Independent that by working with the Saudi Arabian government, he hopes WWE can someday convince them to allow women to compete.

“I understand that people are questioning it, but you have to understand that every culture is different and just because you don’t agree with a certain aspect of it, it doesn’t mean it’s not a relevant culture.”

“You can’t dictate to a country or a religion about how they handle things but, having said that, WWE is at the forefront of a women’s evolution in the world and what you can’t do is affect change anywhere by staying away from it.”

“While, right now, women are not competing in the event, we have had discussions about that and we believe and hope that, in the next few years they will be. That is a significant cultural shift in Saudi Arabia.”

“The country is in the middle of a shift in how it is dealing with that – the position is changing, and rights are changing, as are the way women are handled and treated in society. We think that’s a great thing and we’re excited to be at the forefront of that change.”

I know many people will believe the kind of BS Triple H tried to sell here, but I don’t. I would’ve respected WWE more if Triple H had just come out and said, “We’re going to have an event in Saudi Arabia and because they’re paying us a lot of money that it would have been impossible to turn down, we’re going to comply with their request to not have women at this event.” Because that’s very likely what happened. 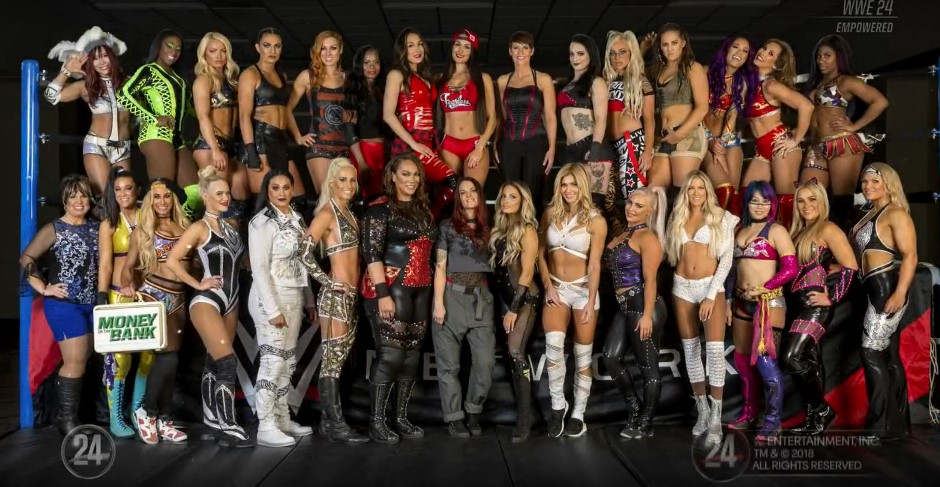 Something potentially could be worked out in the future that would allow women to compete in the Greatest Royal Rumble. It is true that WWE and Abu Dhabi worked out an agreement to have women compete as long as they wore long sleeves and had their legs covered.

In that situation, both sides came to a compromise. WWE respected Abu Dhabi’s beliefs, but Abu Dhabi respected WWE’s female performers and worked out a suitable plan. In Saudi Arabia’s example, it just looks like Saudi Arabia backed up a big money truck and it was so lucrative that WWE is cool with compromising their values.

WWE only comes out of this looking good if the other side actually makes changes. The fact that Saudi Arabia isn’t and doesn’t look like they’re going to, makes WWE look weak and indicates they will be swayed by lots of money while at the same time, giving Saudi Arabia a worldwide platform that shows excluding women and keeping women from attending the event unless they’re accompanied by a man as a normal part of society.

While there is an argument to work with a country to make changes, sometimes excluding a country brings results. Apartheid was a thing in South Africa before the 1990s where the minority white people suppressed black people and denied them the right to vote, promoted segregation and even jailed people for being black. 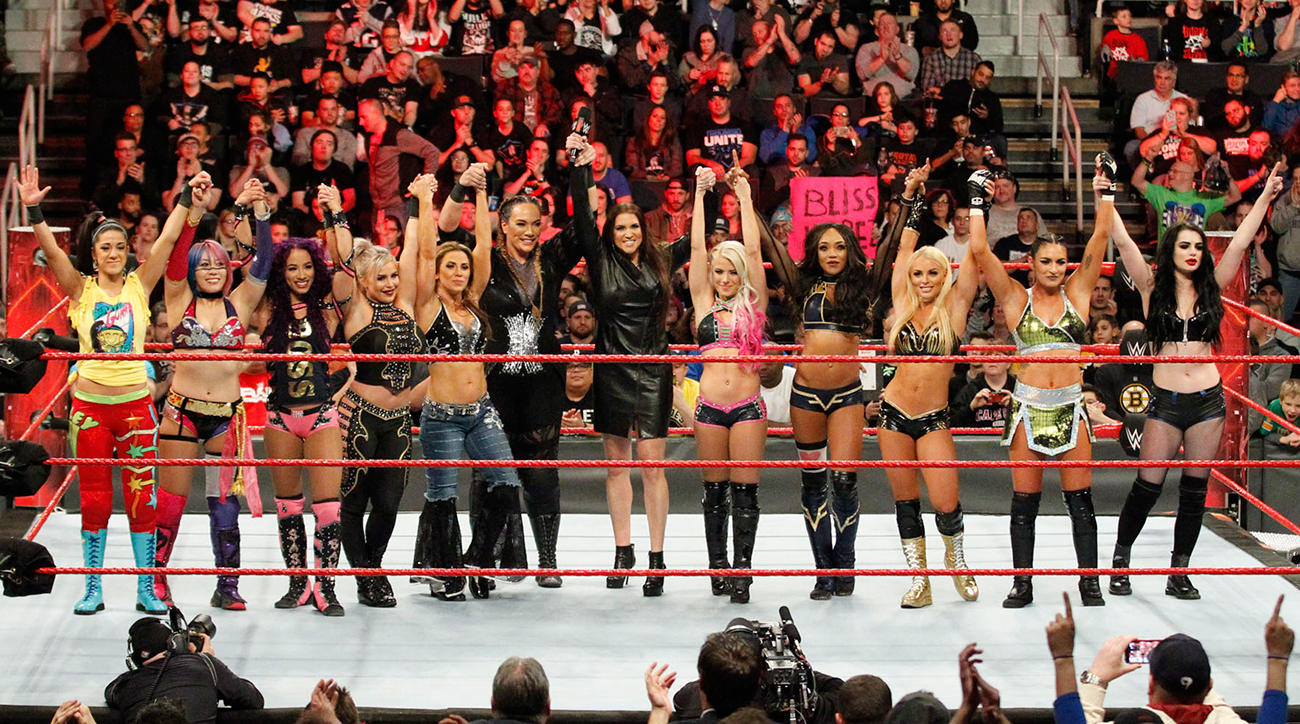 In addition to trade embargoes brought forth by many countries, many sports leagues and teams excluded South Africa for what was an unjust law that unfairly targeted people for the color of their skin. South Africa was excluded from the Olympics and from FIFA, so they couldn’t compete in the World Cup during the time of apartheid. The only real notable worldwide sport that incorporated South Africa was Formula 1 and they left in 1985 amid teams threatening to boycott the final race. After that, South Africa was essentially an outsider in the sports world and years later started to negotiate an end to apartheid.

This isn’t to compare which laws are worse, but if South Africa offered Formula 1 hundreds of millions of dollars back in 1985 to continue having a race there, would Formula 1 be saying the same things Triple H said? Probably, yes. As long as the check clears, many people can justify the things they do as doing the right thing when it could be anything but. If a country which feels it’s within their religion to kill homosexuals, just for the sake of being gay, offered WWE hundreds of millions to have an event in their country, what’s stopping WWE from saying “no” to that?

Speaking of money, will women be getting paid for being forced to sit out of the Greatest Royal Rumble? In case you are unaware, performers get paid a guaranteed rate but can make more money based on how much they perform.

For example, if someone is guaranteed to make $250k per year and they get a year-long injury, they still make $250k that year. If they’re healthy and do pay-per-views, TV shows and live events and get paid per event, once they exceed $250k, they can make more money. A performer makes money based on what their role is at a show and how big the show is. WrestleMania usually brings about the biggest paydays because more people watch that and is the most high-profile of any other event.

What this means is that for an event already as high-profile as the Greatest Royal Rumble, the performers here will be getting a hefty payday to compete. And because they are women, female WWE superstars cannot compete and thus probably aren’t getting paid. That doesn’t seem very equal to me. If Charlotte Flair was a man, she would likely be in Saudi Arabia and either be a part of the Rumble or in a match and thus get a pretty good paycheck. Hopefully, WWE thought of that and decided to compensate female superstars a fair amount due to not being able to compete based on their gender.

Forbes’ Alfred Konuwa wrote an opinion piece about WWE putting an event in Saudi Arabia that won’t include female superstars. Konuwa makes a good point to maybe keep an eye on how many crowd shots will include women, since it seems like WWE will try to make the point that there are women in the crowd.

Although most tickets for the Greatest Royal Rumble are being offered at a sellout-friendly price of $2.70 to $5.30, only 10,000 of approximately 52,000 tickets were made available to single males. Given the abundance of single males who watch pro wrestling, it goes without saying that those tickets quickly sold out.

Even those tickets, however, will banish single male spectators to faraway sections within the stadium while VIP seating (available for $80) and sections showcasing on-camera viewers are reserved for members of the Saudi General Sports Authority, celebrity guests and families that must include at least one adult woman.

Male ticketholders and local wrestling fans have been extremely upset with these developments. In all fairness, that is how just about every pro wrestling news story begins these days, but this is a rare case where they have a legitimate gripe.

WWE will surely brandish countless shots of women in the crowd enjoying the Greatest Royal Rumble on Friday. That’s not progressive. It’s propaganda.

I don’t need Stephanie McMahon or any commentator to remind me of all the things WWE is doing for women’s wrestling all the time. I’m not an idiot, don’t treat me like one and don’t try to tell me this event isn’t a detriment to this Women’s Evolution that you have tried so hard to brag about because at the end of the day, you took money over equality. And while that technically might be what’s “best for business,” it’s not what’s best for humanity.