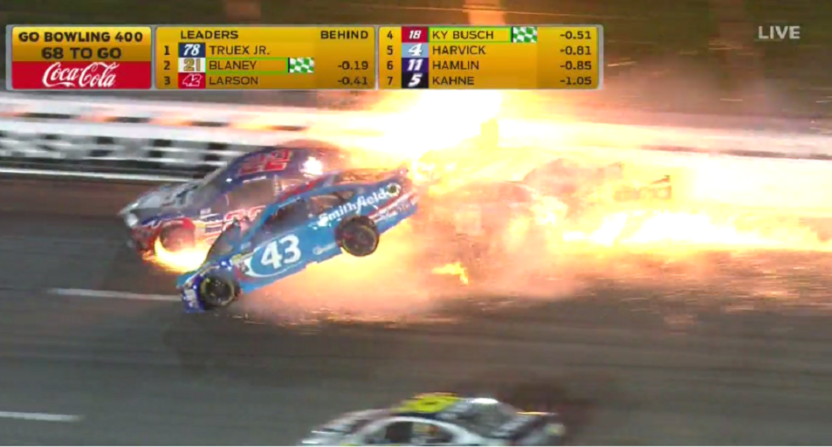 The Go Bowling 400 NASCAR race at Kansas Speedway was interrupted Saturday night by a terrifying, fiery crash that resulted in driver Aric Almirola being taken away on a stretcher.

After Danica Patrick and Joey Logano collided with 68 laps to go, Almirola (in the 43 car) came careening toward them and smashed into Logano as flames flew everywhere. Here’s a clip:

On replay, you can see Logano clip Patrick, followed by Almirola sliding toward the crash, seemingly unable to change course.

While Patrick and Logano got out of their respective cars and appeared to be fine, Almirola had to be cut out of his car and placed on a stretcher.

Almirola was loaded onto an ambulance and is reportedly being air-lifted to the nearby University of Kansas Medical Center.

Almirola is being air-lifted to the University Kansas Medical Center for observation. #NASCAR

We’ll update this post as we get more information on Almirola’s condition.