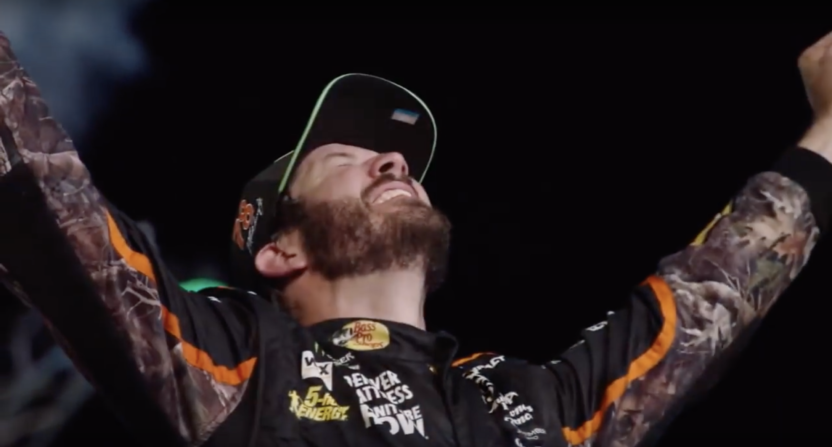 Last Sunday’s Ford EcoBoost 400 was the culmination of a great Monster Energy NASCAR Cup Series season. Four drivers entered Homestead with a shot at the title and all four had chances were they could have won, all being near the front at the end.

In the end, it was a battle between Toyota drivers Martin Truex Jr. and Kyle Busch. With Ford drivers Kevin Harvick and Brad Keselowski close behind, Truex and Busch was going to be settling this year’s champion. And if it wasn’t for horribly bad luck in the previous round, Kyle Larson would have made it a three-team race.

Even though Busch had a better car on the long run and caught up to Truex, Truex held off Busch to win his first MENCS championship. In their “Radioactive” segment, Fox went all out in airing some of the best soundbites during the race with some pretty cool production value.

Dale Earnhardt Jr. had a message for everyone who followed his career as he entered his final race.

Dale Earnhardt Jr. – “I’ve made friendships and relationships that will last a lifetime. The fans that are here and that are at home watching, they’ve made all this possible.”

Kyle Busch had a rather scary moment that almost cost him the championship. Homestead’s pit road is notoriously difficult to get in and Busch almost overshot his pit. Amazingly, Busch made it and didn’t speed on pit road, just losing a second or two.

Tim Fedewa (Kevin Harvick’s spotter) – “#66 had a little problem down low. Stay high. I don’t want to run over anything.”

Kevin Harvick – “I hit whatever it was.”

Rodney Childers – “Got a pretty big hole in the bottom of the right front fender. I think we can get it on our normal pit stop though.”

Truex and Busch took it to the final laps and in the end, Martin Truex Jr. became champ.

Hirschman – “He’s flirting with that wall, keep his mirrors full.”

Hirschman – “Ain’t over. Hit your marks just like we’ve done all year.”

Hughes – “You are the champion, baby!”