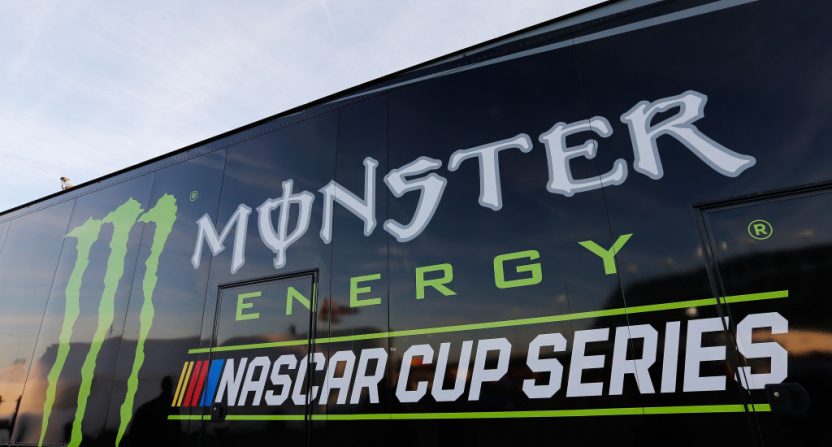 NASCAR’s 2020 Monster Energy NASCAR Cup Series schedule has been released, and it might be the biggest schedule change in years. Unlike previous years where the schedule hardly changed, things will look much different in 2020. A year before a pivotal 2021 season where NASCAR can add and remove tracks and really transform the schedule, they’re experimenting during 2020. Some changes may be more welcomed than others, but you can’t say NASCAR isn’t trying.

One big reason why these changes have occurred is due to TV ratings. That may not be the case for every change on the schedule, but these changes were made with ratings in mind. Most notably, due to NBC’s extensive Olympic coverage, NASCAR has a two-week break during the 2020 Summer Olympics to accommodate NBC to free up broadcast time for the Olympics and to avoid two weekends where ratings will take a hit. Plus, since NBC does a great job assimilating athletes into other sports NBC has the rights to, they can bring NASCAR drivers to the Olympics and then you have free advertising and promotion to a massive mainstream audience who fits with NASCAR’s patriotic persona.

To kill two birds with one stone, NASCAR made room for the upcoming Olympic break by moving Pocono’s July race to June and create a Saturday-Sunday doubleheader. Doubleheader races have been discussed, and supported by Roger Penske, as a way to shorten the schedule and better avoid direct NASCAR/NFL conflicts but keep the same number of races, because fewer races mean less TV money. While NASCAR hasn’t revealed how this doubleheader situation will work, it’s been a thing in IndyCar and Australian Supercars. Pocono Raceway has revealed that they will not increase ticket prices in 2020 but you will need separate tickets for each race so you are still technically paying for two races. At least fans will save on travel and hotel costs if they have attended both races.

In a move that might get opposition by NASCAR traditionalists, the July Daytona race, typically raced on the July 4th weekend since 1959, will be moved to August 29 and be the final race in the regular season. In exchange, Indianapolis will take over the July 4th weekend date. Remembering the backlash that occurred when NASCAR moved Darlington’s Southern 500 from its traditional Labor Day weekend spot to Mother’s Day weekend, there’s a chance moving Daytona would go the same way.

On the other hand, a restrictor plate race as the final race of the regular season would be a great wildcard where anyone can win and get in the NASCAR Playoffs on their final chance. Imagine if Erik Jones entered the last race of the regular season at Daytona needing to win and instead of winning that race in July, he won it in August and got in the Playoffs. It might cost a bit of tradition but at least it should make for an exciting close to the regular season, which is a better outcome than I can say when they moved Darlington.

Speaking of Darlington, it will now be the first race in the Playoffs. Darlington is still going to be on Labor Day weekend but considering NASCAR was able to end the 2020 season nine days before the end of the 2019 season, Labor Day weekend could work as the opening Playoff race.

The Round of 16, which features Darlington, Richmond and Bristol, is going to be jam packed and provide a major test for drivers. Drivers and fans wanted more short tracks in the Playoffs and will get that with Bristol as the final race in the opening round.

Unpredictability will remain in the Round of 12 as drivers take on Las Vegas, Talladega and the Charlotte Roval. Vegas is a mile and a half speedway that fans may not be thrilled to see but the presence of Talladega and the Roval should subsidize that.

The Round of 8 is going to be something fans will need to get used to since Kansas and Texas are fitting a similar “non-exciting” role that Vegas has but as the season winds down and the remaining Playoff spots get more exclusive, they should still be exciting. If fans aren’t satisfied with that, having Martinsville as the final race in the Round of 8 should do the trick. Take a look at last year’s finish between Joey Logano and Martin Truex Jr. and imagine if that was them fighting for the final spot in the Championship 4.

The final race of the season has been in Homestead since 2002 and after 17 years, it will move to a new location. The newly renovated ISM Raceway will now be the site of the Championship 4 race in all three series starting in 2020. It’s unknown if NASCAR is planning on periodically moving the final race to different locations but some have wanted to alternate the final race to different locations and this would be a start. Homestead and Dover have been removed from the Playoff race schedule and will be raced in March (Homestead) and August (Dover).

There are other changes, notably Atlanta being moved to after the three “NASCAR Goes West” races and Martinsville having a night race on Mothers Day weekend among others, but these are the big changes this season. Midweek races and the ability to add more tracks will be possible in 2021 but for now, this is the setup.

Will these changes help turn the tide in ratings and help the sport climb back up? It’s too early to say. NASCAR is definitely taking a big swing at it and despite losing out on Daytona in July, all these changes have potential to be an improvement. While there is definitely some uncertainty for the future and how effective these changes will ultimately be, there’s reason to be optimistic that the can help put NASCAR on the right track.