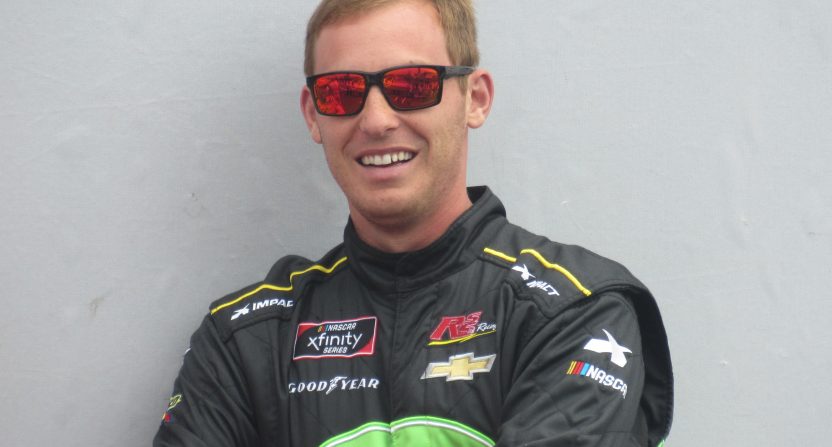 If there is anyone in NASCAR who is maximizing what resources he has in front of him, it’s Ryan Sieg. The 31-year-old driver of the #39 Chevrolet, Sieg has always been that driver who consistently hovers in the top 20 and avoids tearing up equipment as his family team gradually grows in the face of well-funded Cup quality level organizations in the Xfinity Series.

Sieg began racing full-time in the Gander Outdoors Truck Series in 2010 and gravitated to full-time Xfinity Series racing in 2014. Throughout the past decade, Sieg’s team hasn’t had the kind of resources that a Cup team racing in Xfinity can enjoy, but RSS Racing has been able to stretch every penny to put together a team who can now contend. That led to Sieg making the Xfinity Series Playoffs in 2016, finishing ninth.

After missing the playoffs the last two seasons, Sieg is looking to get back there and get past the first round. Sieg has already enjoyed career highs in top fives (2) and top 10s (5) in an Xfinity season, and he’s done that in just the first 10 races. In the five races where he didn’t finish in the top ten, Sieg finished 11th in three races and 12th in one. He has a worst finish of 16th (when he was hit from behind in a crash at Talladega), and has the fifth highest average finish (9.6) among Xfinity regulars.

Explaining this solid improvement and consistency, Sieg noted the addition of Shane Wilson as crew chief as well as members from Richard Childress Racing. As a result, the team has gotten better results more regularly and gained more sponsorship. And by doing that, they are putting that support back into the team to sign more people and grow as one.

Personnel is one of the biggest determiners in how successful NASCAR teams are. While the sport tries to make every car as similar as possible to keep up the competitive balance, putting more people on a team means that team can adjust to rule changes a lot easier, develop more cars back at the shop and find those fractions of a second that can be the difference between winning and losing.

While bigger teams have the luxury to hire specialists who work on just one section of the car, Sieg’s team has a limited number of people who have no choice but to be able to know how to do everything within the team and be flexible to work on any part of the car to get it race ready each week. The people at RSS Racing are talented but minimal, and that’s what the organization is working on to achieve a balance between having as much personnel they can bring on while maintaining an appropriate budget that allows them to keep racing.

“Right now, pit crew’s a little … We’re a little skimping on the pit crew right now, but we’re going to make a change to run with these guys because [other teams] all have good, experienced Cup pit crews and we were lacking a little bit on pit crew,” Sieg told The Comeback. “We only have two or three people who work on the cars, where everyone else has like 10. So that’s a little bit there.”

“Sometimes [we] skimp on tires a little bit [in order to save some money] if you can here or there, but not really skimp too much anymore because we’re where we’re at, you can’t skimp.”

Despite these challenges, Sieg is right in the thick of the top 10 in points, in eighth position ahead of such drivers as JR Motorsports stars Noah Gragson and (Daytona race winner) Michael Annett, as well as Joe Gibbs Racing prospect Brandon Jones. Sieg’s goal is to keep on going and regularly achieve top 10s, with the hope of getting into the top five more often and making a long run in the playoffs.

“Run hard and run as much as we can, run as fast as we can, try to keep clicking off top 10s, [that’s] a pretty good goal for all year for us,” Sieg said. “Top 10s are pretty difficult. There’s 12 good cars and if you’re 10th, you’ve beaten a couple of the Cup teams. So I think it’s a good goal, but we want top five. We want to do better than that. I think we can do it with Shane Wilson and myself and the experience we have, I think we can compete some weekends.”

With better and more consistent finishes, that opens up Sieg and his team to potentially more sponsorship. Within the first 10 races, Sieg has represented seven primary sponsors with many of them sponsoring Sieg in previous seasons. A Playoff berth, the occasional Dash 4 Cash attempt and maybe someday a win can only bring more support.

Asking Sieg why a company should get on board and sponsor him, he said having a small family-run team allows them to treat their partners like family as well and make them an integral part of the team.

“I mean, we treat them like family,” Sieg said. “They come in the hall, we talk to them, my dad talks to them. It’s more like a family ordeal. We don’t treat any sponsor with any [elitism]. We’re all racers and want to produce what we can with the dollars that they spend and we do that with what little we have.”

The story of Ryan Sieg and RSS Racing is a perfect story for NASCAR and the fans. This is a family-run team who only believe in hard work and aren’t worried about outside things like Cup drivers racing in Xfinity to dampen their success. They have done what they had to do to get to this point with people who not only believe in the team philosophy but who are willing to go the extra mile to get that edge.

RSS Racing is so close to their first win and it’s realistic to believe that it can happen in the near future. They might still be a half step behind bigger teams on intermediate tracks but after showing top finishes at superspeedways and on short tracks, we may see Ryan Sieg take this team to Victory Lane. If he does, it will be one of the best stories in NASCAR.