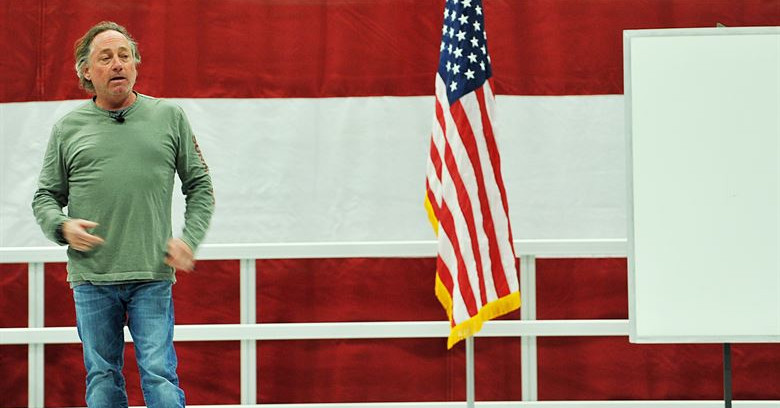 CrossFit CEO Greg Glassman has now stepped down after winding up in further hot water for his comments on the protests over the killing of George Floyd in police custody and conspiracy theories about the spread of the COVID-19 coronavirus . On Saturday, Glassman’s “It’s FLOYD-19” tweet in response to a Black Lives matter statement from the University of Washington’s Institute for Health Metrics and Evaluation drew a lot of backlash, including Reebok cancelling their deal with CrossFit HQ as of 2021. It turns out that’s only one of the problematic things Glassman said that day. BuzzFeed News’ Ryan Brooks and David Mack obtained an audio recording of Glassman’s 75-minute Zoom conference with CrossFit affiliated gym owners Saturday, and the excerpts they published Tuesday evening have Glassman making quite the comments on Floyd, on the COVID-19 pandemic, and more. That’s now led to Floyd leaving that post. Here’s more from a statement CrossFit put out Tuesday night:

“I’m stepping down as CEO of CrossFit, Inc., and I have decided to retire. On Saturday I created a rift in the CrossFit community and unintentionally hurt many of its members. Since I founded CrossFit 20 years ago, it has become the world’s largest network of gyms. All are aligned in offering an elegant solution to the vexing problem of chronic disease. Creating CrossFit and supporting its affiliates and legions of professional trainers has been a labor of love.

Those who know me know that my sole issue is the chronic disease epidemic. I know that CrossFit is the solution to this epidemic and that CrossFit HQ and its staff serve as the stewards of CrossFit affiliates worldwide. I cannot let my behavior stand in the way of HQ’s or affiliates’ missions. They are too important to jeopardize.”

Here are some highlights from the piece Brooks and Mack wrote on that Saturday call:

Hours before he posted a controversial tweet on Saturday night that has sparked backlash for his company, CrossFit CEO and founder Greg Glassman told gym owners on a private Zoom call, “We’re not mourning for George Floyd — I don’t think me or any of my staff are,” according to a full recording of the meeting obtained by BuzzFeed News.

“Can you tell me why I should mourn for him? Other than that it’s the white thing to do — other than that, give me another reason,” he asked a Minneapolis gym owner who had questioned why the brand hadn’t posted a statement about the protests across the country after the death of George Floyd.

…“I would prefer a trial of a murderer rather than burning the city down. I think that the law has a better response. I think burning your city to the ground and burning a police station to the ground because a cop killed what was very likely going to be a co-conspirator in a counterfeit ring — I just don’t get the burning thing. How about the black cop that was killed?” Glassman said later in the call, adding that he wasn’t going to “fund Antifa” — another conspiracy theory — because “a guy got killed.”

…Glassman also trashed epidemiology as “a social science,” said upstate New Yorkers should secede from the rest of their state due to the strict lockdown measures in New York City, and urged gym owners to only pretend to comply with health precautions when they reopen.

“It was a panic. Absolute panic right from the start and I think it’s inevitable that it’s going to turn out that this has cost way more lives than have been saved. Way more,” he said. “At some point you’ve got to do what’s right, and it may not come with approval, it may not be seen as the right thing to do, but you still have to do it. It’s the burden.”

…During a lengthy discussion on the coronavirus, Glassman again shared more unfounded theories. “The Chinese let this virus get out of the laboratory, and that indeed did happen,” he said.

The whole article is an amazing read, both for Glassman’s remarks and for the reactions from CrossFit affiliate owners who were on the call. And it goes to show that Glassman’s tweets Saturday (which he did later halfheartedly apologize for in a statement on the CrossFit Twitter account) appear to be only the tip of the iceberg when it comes to what he believes on Floyd’s death and the spread of COVID-19. And it’s quite notable to see him now stepping down shortly after that.

[BuzzFeed News]; photo from Glassman’s visit to Offutt Air Force Base in Nebraska in 2014, USAF photo by Charles Haymond]