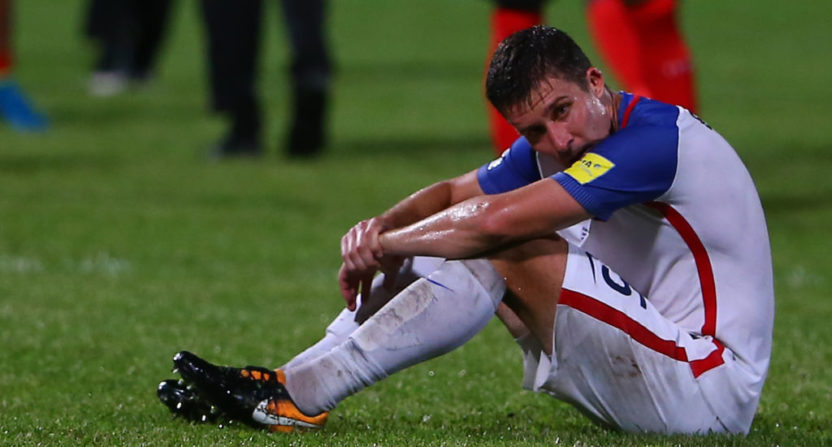 On Friday night, it sure looked like everything for the USMNT was going to be just fine. They destroyed Panama 4-0 in what was then the biggest game in recent memory, and certainly looked like the ship was being steered in the right direction. Even in the lead-up to Tuesday’s game in Trinidad, the atmosphere was jovial, almost dismissive. From the water on the pitch, to the importance of the game, no one thought the worst could happen. Until of course, it did.

Bruce Arena was brought in to save this qualifying campaign when it got off to the worst possible start. In the end, he failed. He did not set the US up to succeed in the same wide open 4-4-2 that worked against Panama. The entirety of the team looked tired, leggy and bereft of ideas right from the off. And when Arena did make changes, they came too late. His entire career as a manager in both MLS and the US National Team takes a huge stain because of this colossal failure, which is partially on him. Maybe his recent comments don’t hold the same water they once did.

This failure is also partially on Jurgen Klinsmann, whose own tenure ended in spectacular failure 11 months ago. But he is a distant memory now. For all of the successes he did have as manager, he had just as many failures. But he alone cannot be blamed for what happened here.

Much blame should go to Sunil Gulati, and the structure of the US Soccer Federation for allowing complacency to settle in. They assumed that in CONCACAF, even a myriad of mistakes would go unpunished, even in the slog that is the Hex. They had avoided disaster multiple times before, even earlier in this qualifying session after a horrible loss to Guatemala, and all the way back in 2001, when they went 65 minutes scoreless in Barbados before finally scoring to send themselves to the Hex. They figured, like all other times, qualification would be easy.

Naturally, the US has more talent in the player pool than they did then. Even after the 2-0 disaster against Costa Rica, they figured everything would be fine. 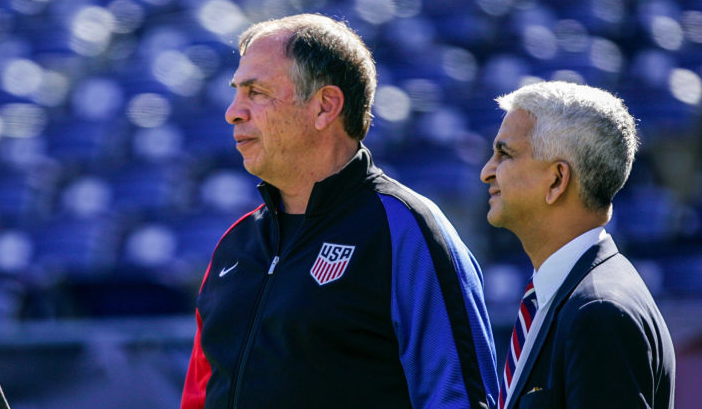 The money the federation is sitting on from lucrative deals through Soccer United Marketing, TV contracts, sponsorships and academy structures is gigantic. The money needs now to be used constructively to rebuild academy structures, create a better environment for coaches to learn, and to encourage clubs both in and outside of MLS to develop players who can carry the mantle going forward. Only so much of that money can go to executives.

Is MLS, and the lack of promotion and relegation to blame? Doubtful. MLS as a league is getting better and better, even with rapid expansion. Though for as much as it has deepened the US player pool, it’s deepened the player pool for other countries in CONCACAF, like Panama, who qualified for the first time and Honduras, who somehow found a way to make the playoff against Australia.

Naturally, the players take a lion’s share of the blame as well. This player pool is deeper than any group of US players in history, and Christian Pulisic is quite possibly the best player to ever don the Stars and Stripes. But when called upon, none of the players could fully carry the mantle in the most important game of all, and though the blame shouldn’t fall on one player, it should fall on all.

Why does the US player pool lack a true defensive midfielder to free up Michael Bradley? Why, even with the emergence of centerbacks such as John Brooks, Omar Gonzalez and Geoff Cameron, do these defensive lapses continue to happen? Why can’t the US put Christian Pulisic in the best position to succeed in spite of his talents?

In the coming days and weeks, people will be looking for scapegoats and sacrificial lambs to blame for why this nightmare has become reality. In truth, everyone involved with US Soccer has played a role in this. Coaches and players never took the predicament they were in seriously enough to realize the danger that could come around if complacency took hold. The same holds true for Sunil Gulati and the US Soccer Federation, who allowed complacency and a rot to set in. While that rot took hold suddenly, the signs of the rot were there for all to see.

Soccer in the United States is picking up a massive amount of steam in terms of popularity and growth, and it is all but certain that a World Cup is coming back to the US in 2026. All of that momentum, for the time being, is squandered. A World Cup without the US is damaging for casual interest in the sport, children who would see new heroes on television and for networks and media outlets who would have poured their all into covering the greatest spectacle on the planet.

While there are encouraging signs for the future, including a host of young talent at the U-17 and U-20 level to get excited about, they won’t fix what has sadly become reality today. The next few days are going to be about reflection and bloodletting, and it will be very painful.

Who will lead this organization from the top on down, let alone the coach that has to rebuild what’s now in tatters, will come in time. But the truth is, with this level of failure for a country that expects to be in the World Cup every four years, everyone is to blame. Everyone has a piece of the failure hanging over their heads. Many of those who played a large role in this failure will not have a chance to fix it themselves, because someone else will be given that chance.

Where everyone in US Soccer goes from here in reaction to this disaster is by starting from scratch. That will be a hard and brutal process. World Cup 2022 is a little more than five years away, but right now, it feels further away than ever. Everything that was so painstakingly built and worked so hard for is now nothing more than a pile of rubble.

The process of clean-up now begins. Building back up will be harder than the building process that got US Soccer here in the first place. Everyone and everything has to change.

Looking in the mirror brings out reflections that sometimes we don’t want to see. Everyone in US Soccer is about to see something they never thought they’d see.

And the image will stay burned in their eyes for years to come.