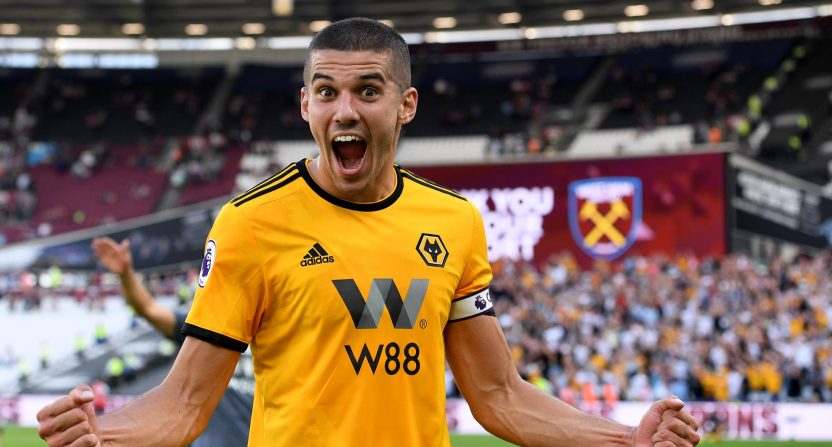 If you look at the top half of the Premier League table you’ll notice that it can be divided into three distinct groups. At the top there’s the elite; Manchester City and Liverpool. Below them is the rest of the ‘Big Six;’ Chelsea, Tottenham, Arsenal, and Manchester United.

The third group, we’ll call the upper middle class. It’s the upper echelon of the midtable and that consists of Wolves, Everton, Leicester, and West Ham. All four teams finished with between 52 and 57 points. Last year, Burnley was the only club outside the top six to finish above the 50 point mark (54).

That doesn’t seem like a big decline, but when you look at the trajectory of the clubs involved, it’s massive.

The teams that finished seventh through tenth last year were managed by Sean Dyche (Burnley), Sam Allardyce (Everton), Claude Puel (Leicester), and Rafa Benitez (Newcastle). That’s a lot of pragmatic, defensive, just ‘grind it out’ results football in there.

This season, the landscape is completely different.

Wolves built a team with a Portuguese core, led by Nuno Sanchez, and went from a newly promoted side to being in the Europa League. Everton are now led by the much more positive Marco Silva. Leicester have built an immensely talented young squad and have a manager in Brendan Rodgers who’s very good with young squads. West Ham’s manager, Manuel Pellegrini, is a former Premier League winner.

As a whole, the upper middle class has gotten drastically better. Rafa Benitez’s Newcastle actually finished one point better than last year, but dropped three places in the table to 13th.

This isn’t the first time this has happened. Midtable clubs have been cultivating talent and appearing to close the gaps on the top teams throughout Premier League history. But only rarely do they actually get over the hump. How come?

Part of what makes the top teams the top teams is money. When midtable teams find a young star, the normal course of events used to consist of the top teams swooping in and poaching that talent away before they mature into a superstar.

So what makes this year different? The Premier League’s lavish TV contract has flooded everyone with money. Clubs no longer need to rely on the sale of a big player to rebuild or simply stay afloat. Conversely when those offers do come in, it’s a lot easier to turn them down.

With that in mind, it’s reasonable to think that these upper middle class teams will all keep their teams intact next year. They’ll also be a year older and better.

Now think about what’s going on above them. Arsenal, Tottenham, Chelsea, and Manchester United all crawled over the finish line. For example, Chelsea won just one of their final five PL games and gained points on the other three teams, finishing third.

All four teams have major questions going into next year. Arsenal and Manchester United need defenders. They need to look elsewhere to find them now that the midtable market has closed up shop. Besides, who even knows if United will get their act together?

Tottenham may lose Christian Eriksen to Real Madrid this summer, and after not signing anyone last year, who knows how much money they have to spend. Chelsea are likely losing Eden Hazard and is looking at a transfer ban and an inability to sign anyone new. All this while likely having a new manager.

With all these factors in play, does that make next season the year the middle of the table can break in and infiltrate the top six?

Despite nearly every requirement for a top six shakeup falling into place, the answer is still not very likely.

The reality is midtable clubs will still need to sell players. They may not get strong armed by other clubs into selling, but players will eventually want to leave.

Last summer, Leicester sold Riyad Mahrez to Manchester City not because they needed the £60 million but because Mahrez wanted to leave. It’s only a matter of time before Harry Maguire wants to cash in as well.

The ceiling of a midtable club is essentially capitalizing on a down year from the top teams to crash the European party or making a deep cup run. Big clubs offer more opportunity. Eventually, players grow more ambitious than the midtable ceiling.

There’s another less spoken factor that makes it extremely difficult for middle class teams to break into the top six. They need to be able to win three different types of matches.

The middle class needs to worry about all three types of matches. When they play the top six, they need to sit back and stay organized. Against other midtable teams they need to be ready for a more open game. Against the bottom teams, they become the top team, facing a team that’s trying to stay organized and make their life difficult.

Each game requires different tactics to come out on top and being good at all three is not easy!

This season, Wolves were exceptional at playing games in the first category. They took 16 out of 36 points against the top six. Leicester and Everton were also very good in this category. Their inconsistencies occurred in the other two categories which kept them from reaching the top six.

This season, in an 11 day span, Leicester picked up wins over Manchester City, Chelsea, and Everton but lost to Cardiff in the middle. It’s not easy to win all three ways.

For the most part, big six teams only play matches in the first two categories. It’s an added advantage when it comes to keeping their place in the hierarchy. Same with teams on the other end. They may be fighting relegation but they usually have to play the same way to survive.

Statistically speaking, the upper middle class is coming. These clubs are building solid foundations and moving in the right direction. Above them, four of the top six clubs all stumbled towards the finish line (with three of them focusing on Europe playing a role) and have massive questions going into the summer.