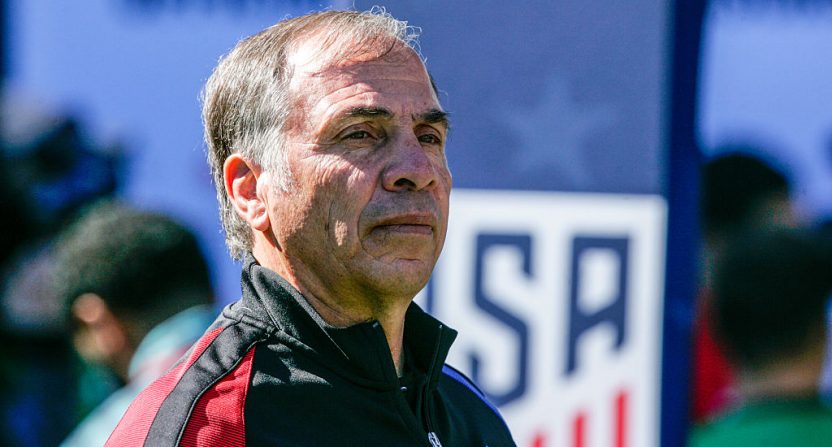 Bruce Arena has revealed his roster for the U.S. Men’s National Team’s crucial World Cup Qualifying matches this March against Honduras and Panama. Here it is, via the US Soccer website:

Given the uncertainty of the starting lineup and the crucial nature of these qualifiers, there is a lot to take from this roster.

— The injuries: Deandre Yedlin and Eric Lichaj, likely the top two players on the right back depth chart, were unavailable. Michael Orozco and Tim Ream were called in to replace them.

In addition, Gyasi Zardes remains sidelined for the Galaxy.

— The snubs: There are more than a few notable absences.

— The goalkeepers: The standard three. Tim Howard will probably start after he returned to brick wall form with Colorado last weekend, while Brad Guzan (who has seen sparse playing time for Middlesbrough this season) will be the backup. Veteran MLSer and penalty-saver Nick Rimando was also called in.

— The center backs: Geoff Cameron is (thankfully) healthy, and he will pair with John Brooks in central defense. That is the pairing that dominated at the Copa America, and the one that Klinsmann broke up for whatever reason in November.

Omar Gonzalez and Zimmerman are the backups.

— The full backs: With Yedlin and Lichaj out injured, we get see the versatile Tijuana defender and managerial safety net Orozco back in the starting.

At left back, DaMarcus Beasley is un-un-retired, and he could very well start. Jorge Villafaña of Santos Laguna (and of Portland Timbers championship fame) could get a shot as well.

— The d-mids: Nobody will unseat Michael Bradley, but if anyone does, it will be Chicago on-field tactician Dax McCarty. Those are the only two true No. 6s available.

— The center mids: One of the deeper USMNT positions, Arena has Jermaine Jones (who is suspended for Honduras), Kellyn Acosta (!!), Sebastian Lletget, and (maybe) Darlington Nagbe available as No. 8s.

Kljestan and Feilhaber being left off is very, very surprising, considering their performances in January. They are among the few quality creative midfielders in the pool, and they both fit well in the US’  preferred 4-1-3-2. Arena is either relying considerably more than most expected on the strikers and the outside mids or he is prepared to run with Pulisic as a full time attacking midfielder.

— The second strikers: Clint’s back, and so is Jordan Morris.

— The forwards: Jozy Altidore and Bobby Wood are arguably the two best forwards in the pool, and it’s very possible that those two (ahead of Dempsey) are the forward pairing against Honduras. 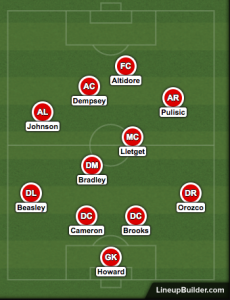 Expect Arena to wait on starting Pulisic centrally. Instead, we’ll probably see a No. 8 like Lletget or Acosta next to Bradley in something that more closely resembles an empty-bucket 4-4-2 than a 4-1-3-2.

Dempsey is playing full 90 minute shifts for Seattle right now, so I see no reason why he won’t start unless Arena likes the Altidore-Wood combination better than an Altidore-Dempsey one, which I find unlikely.

This is a mostly very safe, very veteran-oriented roster from Arena, and while you won’t get to see guys like Arriola get competitive chances, this is a necessary evil given the importance of these qualifiers. You’ll get to see more experiments and young guys at the Gold Cup.

Until then, be content with the players who’ve been there before.