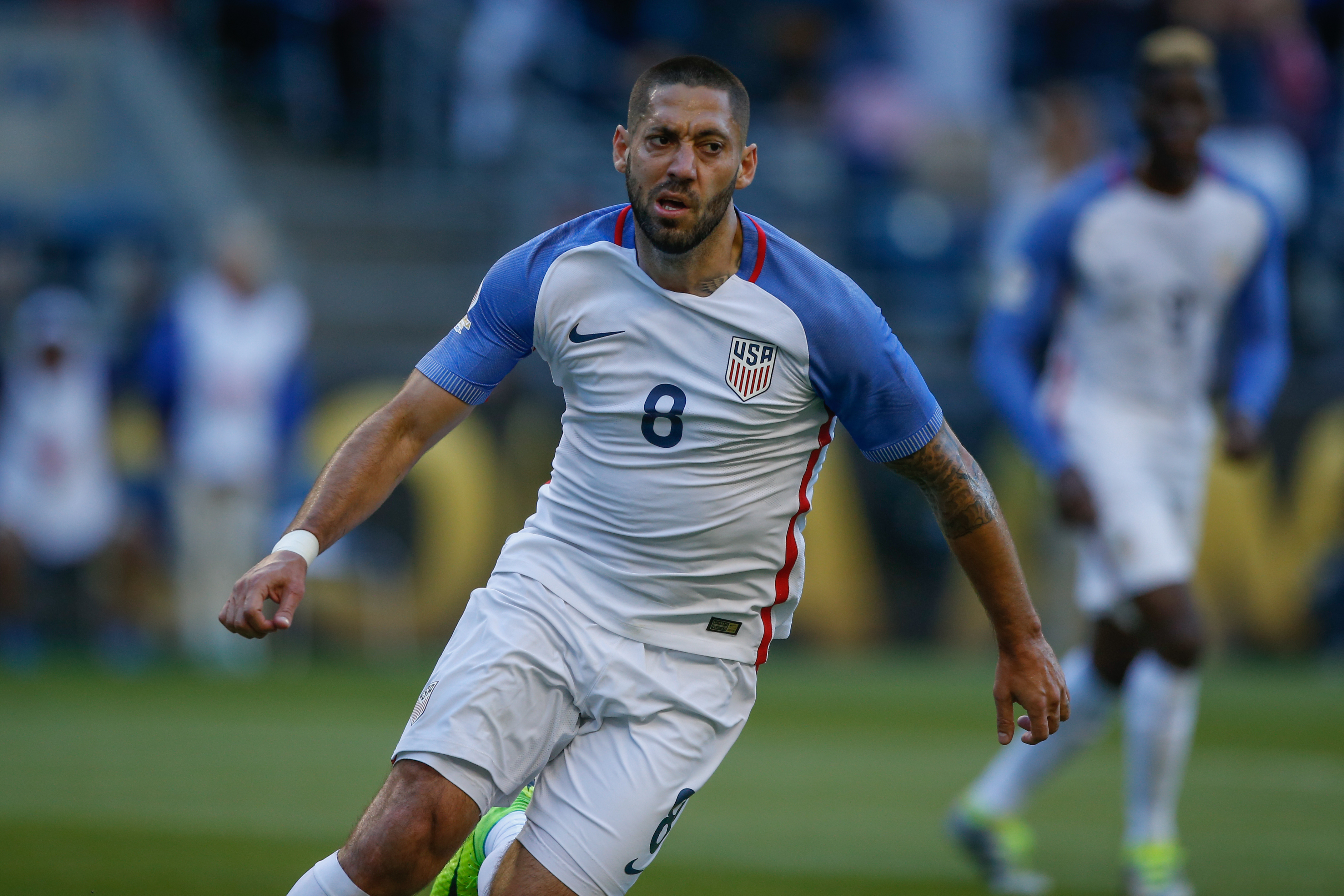 After about five months since his initial hospitalization and diagnosis, USMNT legend and Seattle Sounders striker Clint Dempsey has been medically cleared to train with the Sounders after it was discovered he had an irregular heartbeat.

Dempsey is still not out of the woods. He isn’t yet cleared for full game action but he can train with the team in their preseason camp in Tucson as well as compete in Seattle’s preseason games where it’s much easier to limit his minutes with unlimited subs.

Clint Dempsey has been medically cleared to return to training, per Lagerwey. Participated in team drills this morning

Still "signposts" to pass through before Dempsey can return to game action, but Lagerwey said he could potentially play in preseason matches

The 33-year-old went to the hospital in late August and would eventually be out for the rest of the season for an irregular heartbeat. After successful surgery, Dempsey was getting things back on track but there were fears that this could have been career ending.

During his time to recuperate, the Sounders got together after a rough first 2/3 of their MLS season and after a stellar final 1/3, Seattle went to the playoffs and won their first MLS Cup championship. While Dempsey was more than thrilled to see his team win and technically win his first MLS Cup title as a player, he probably wanted to be out there playing.

Both the Sounders and the U.S. Men’s National Team have stressed that it’s important to not bring Dempsey out too soon. This isn’t really something that can be worked out and rehabbed, Dempsey is kind of at the mercy of his own heart. And once it heals and he has his fitness back, he could then come  back.

While there isn’t a timeline for Dempsey’s full return, I’m sure the goal is likely going to be for Dempsey to be healthy and cleared to play for Seattle’s first regular season MLS game March 4 against Houston as well as the USMNT’s next two World Cup Qualifiers against Honduras and Panama March 24 and 28. But like I said, nobody on either team is going to rush Clint back.

For now, it’s great to see Clint Dempsey is on his way back to action. He’s not 100% back and knowing others with heart problems, Dempsey’s heart issues could potentially come back. But at least for now, everything is all good for Clint to make his return.