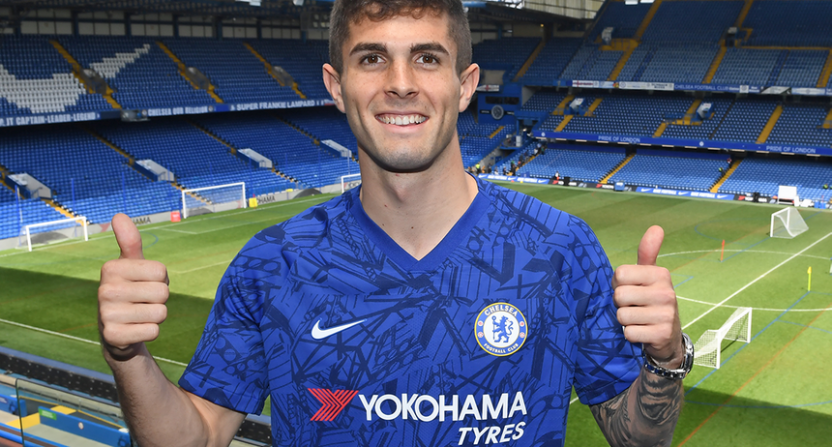 The past 12 months have not been what USMNT fans would have hoped for Christian Pulisic. The United States’ failure to qualify for the 2018 World Cup deprived Pulisic the chance of taking on the world’s best on the biggest stage.

At the club level, Pulisic lost his starting place to Jadon Sancho and spent most of the season battling injuries. The highlight of Pulisic’s year was securing a £65 million transfer to Chelsea. Unfortunately we don’t know if that will ultimately be a good thing considering Chelsea are a club in constant turmoil.

Expectations were high for Pulisic entering this season. He was coming off a four goal, six assist season and was about to enter his third full year in the Bundesliga. This would be a chance to really make his mark.

Pulisic’s 2018/19 campaign was ultimately a disappointment. The American finished with four goals and four assists in the Bundesliga (seven goals, six assists all comps). Alarmingly, he had five different spells where muscle injuries forced him to miss games. Those aren’t the type of injuries you want to see a young player get in the habit of picking up.

Pulisic only played 42.4 percent of available Bundesliga minutes this season. That’s down from the 80 percent he played last year. He made just nine Bundesliga starts. The number of league starts Pulisic made dropped from 27 to nine. That’s not entirely his fault. Jadon Sancho took advantage of the opportunity Pulisic’s early season injury presented and made himself undroppable.

The emergence of Jadon Sancho alone should not have kept Pulisic on the bench. Pulisic is capable of playing on either the left or right wing, or even as a No. 10. That gives manager Lucien Favre plenty of flexibility to get him on the field. Despite that, the Swiss manager rarely used Pulisic on the left, preferring Jacob Bruun Larsen or Raphael Guerreiro instead.

When the move to Chelsea was announced in January, the theory was that Pulisic’s form had slipped because he was distracted. The player said as much in his thank you to the fans. Now that Pulisic could focus entirely on the pitch, his performance should get better.

That was the hope at least. It didn’t work out that way. When the second half of the Bundesliga resumed Pulisic continued to struggle to get in the team. He soon ended up with another injury.

By the time the March international break rolled around, it was entirely reasonable to wonder if this was the best Pulisic would ever be. Maybe he never was going to jump to the next level. Perhaps he was going to fade away.

It’s very easy to look at the overall picture and think that. But if you dive deeper into the numbers, that’s not exactly the case.

An outsider may think that Pulisic’s lack of production meant a lack of development. That’s far from the case. His overall production only dropped from four goals, five assists to four goal, four assists. He didn’t get as many shots but he got better shots. He created more opportunities this year than he did last year and he put up better numbers than both Bruun-Larsen and Guerreiro.

The lack of minutes heavily skews Pulisic’s radar. It’s highly unlikely he would keep these numbers up if he played 2000 minutes. Nevertheless, this is really good. 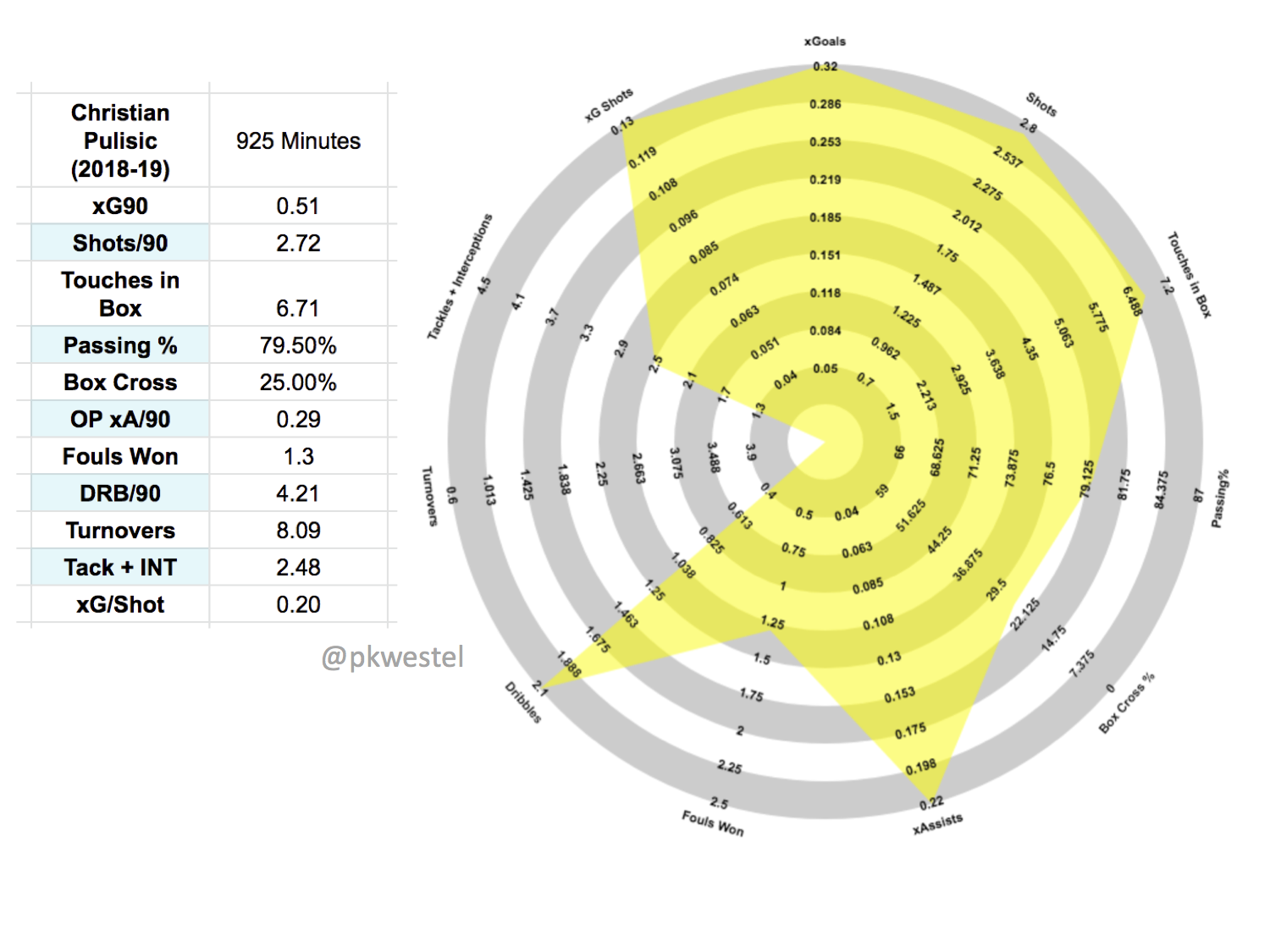 All in all, Pulisic became a much more efficient player. So why couldn’t he get on the field?

The obvious answer is because Jadon Sancho was just that good. He finished the season with 12 goals and 14 assists. You couldn’t take him out of the team if you wanted to.

Favre wasn’t going to deploy Pulisic in a central role as Dortmund already had Marco Reus, Mario Gotze, and Paco Alcacer there. As I mentioned earlier, Pulisic could easily have been played on the left wing, but Favre may have had reasons to avoid that.

With Dortmund in the heat of a title race, Favre didn’t have time to let players figure it out. He had to go with what worked. That meant Sancho on the right wing and Pulisic on the bench.

It’d be really harsh to say Pulisic regressed this year. He was a victim of the circumstances and bad luck. His time on the pitch showed that he’s grown into a much smarter player who gets himself into better goalscoring opportunities more often. If he stays healthy that’ll make him a much better player going forward.