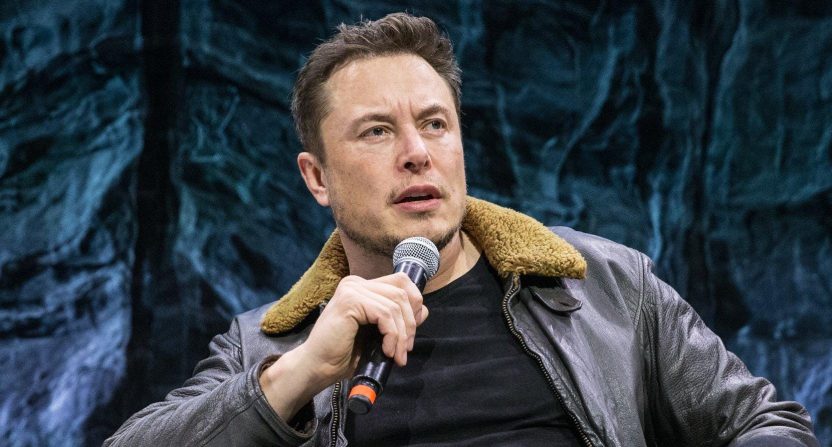 Eccentric billionaire Elon Musk is no stranger to sudden massive purchases. The CEO of both Tesla and Space X recently made headlines for his decision to acquire Twitter for a gigantic price of $44 billion. And now, it seems Musk is at it again – but this time, with an internationally famous sports team.

On Wednesday night, the multi-billionaire took to Twitter to rather randomly express his centric political views.

“To be clear, I support the left half of the Republican Party and the right half of the Democratic Party!” Musk said in his Tweet.

It was quite a spontaneous statement to make, but Musk’s follow-up Tweet was even more random, and certainly raised some eyebrows in the sports world.

It was not immediately clear whether or not Musk was joking about purchasing the famous, but struggling football club. But if he wanted to, there’s no question that he has the money.

Musk is currently considered the richest man in the world with an estimated net worth of $270.1 billion, according to Forbes. Manchester United, meanwhile, has an estimated value of about $4.6 billion.

Serious or not, the wild statement certainly caught the attention of the sports world, who offered some hilarious reactions to the eccentric billionaire’s antics.

announcing your interest before you’ve actually signed anything, he already gets the club https://t.co/LM8v4rXvR2

Eh I dont know half there fans are bots https://t.co/EvG2QIcjxw

he found out about all the space in our midfield https://t.co/TwraV3kDqg

Trust me on this, Elon – you don’t want to go anywhere near them… if you want to buy a football team, try @Arsenal https://t.co/MXBm7lDpUO

United players finally going to be dangerous in Space. https://t.co/sMPMNuYn8A

If Musk does purchase the team, his first task will likely be winning over soccer superstar Cristiano Ronaldo, who reportedly wants to leave the team.